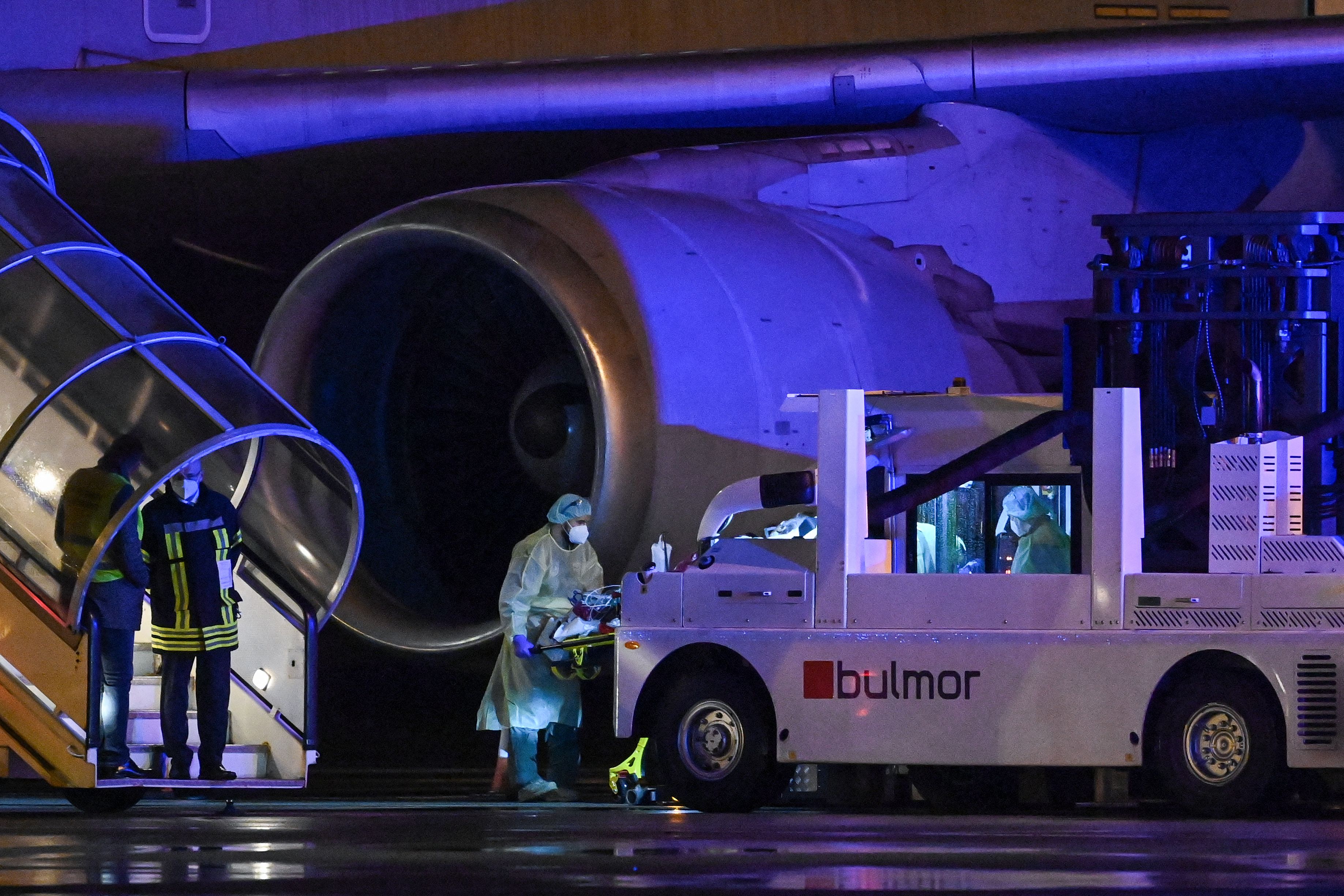 The nightmare of the coronavirus is far from over and even threatens to increase and lengthen more than it seemed it would last just a month ago. Europe is experiencing a new lash of the virus: Germany or the Czech Republic report day after day a new record in the numbers of infections; Holland has had to reinforce health; the distrust in the vaccination of Bulgarians or Romanians alarms the rest of the partners. And the situation is clinched by the new variant of the virus, which the World Health Organization (WHO) has described as “worrying” because it is spread more quickly and reduces the effectiveness of treatments. So the EU and the Member States daily give a new twist to the measures to try to stop the covid-19 and shield themselves to avoid a new dramatic Christmas.

The turn of this Friday has been that the 27 have decided to suspend flights with the countries of southern Africa (South Africa, Leshoto, Botswana, Zimbabwe, Mozambique, Namibia and Swaziland), where the new variant, B.1.1, has been reported. .529 baptized by the WHO as omicron. They will also require quarantines and tests for travelers who may exceptionally arrive from these countries, diplomatic sources point out. Thus, they followed the path indicated by the president of the European Commission, Úrsula Von der Leyen, in an appearance without questions, and with a very serious gesture, which clinched a morning tweet of hers in which she anticipated the decision finally adopted: “We know that the mutations could lead to virus spread […]. It is important that the whole of Europe act quickly, decisively and with unity ”.

The United States has also taken similar measures. The White House reported this Friday that it orders the restriction of entry to the country to travelers from South Africa and seven other states in the region. “My chief medical advisor and members of our covid response team briefed me on the omicron variant,” explains President Joe Biden in a statement. These new restrictions will go into effect on November 29. “We will always continue to be guided by what science and my medical team advise,” says the president. The UK or Israel have taken the same path.

Before Von der Leyen spoke, Belgium announced that the new variant has reached Europe by detecting the case of a young woman who had traveled to Egypt through Turkey. Until now, the variant had been located in South Africa, Botswana, Israel or Hong Kong.

Until this Friday, Europe was the most open continent in the world, according to a report of this same day by the World Tourism Organization (UNWTO), having only 7% of the borders completely closed, far from 65% of Asia and the Pacific, and somewhat less than Africa, 9%.

The seriousness of Von der Leyen’s face turned into fear in the capital markets, with falls in the stock market (the selective Spanish index Ibex 35 has fallen almost 5%, setbacks similar to those of Paris, Frankfurt or Milan) or in the price of raw materials. Investors fear that this new lash of the pandemic will drag on an economic recovery that has already been faltering on more than one occasion.

The European reaction this time is quite different from what happened when the delta variant was detected, when several countries stopped the de-escalation but the responses were less forceful. And it has been doing so all week, because just this Thursday, Brussels had proposed that the covid-19 passport expire after nine months and that after this period a new puncture be given to renew it. The same concern has spread in Belgium, which has an incidence rate that is around 1,500 cases per 100,000 inhabitants, and has taken measures reducing the hours of the hotel business. The Netherlands has done the same, decreeing the closure of these stores between five in the afternoon and five in the morning.

In Germany, with a new record of daily infections (76,414), the serious message came from the head of the Robert Koch Institute, Lothar Wieler: “How many more people have to die? What number of deaths would convince us that covid-19 is not a minor disease? ” Dramatic questions to convince the millions of Germans who remain unvaccinated to do so, their vaccination rate is 68%. Days before, it had been the still Chancellor, Angela Merkel, who warned that “the measures in place will not be enough.”

The great objective of Brussels and the Member States is to promote vaccination where it does not take off or is far from reaching high levels. The vaccine has demonstrated its effectiveness against the virus, as proved by a graph released by the European Commission itself this week with that purpose that has gone viral on social media. And despite this, there are still countries with very low vaccination percentages, such as Bulgaria or Romania, or in which a level necessary to hinder the advance of the virus is not reached: Greece or Austria, where it barely exceeds 60%.

This has been what led the Austrian government to take the toughest measures that have been adopted so far in this new pandemic shock: Vienna decreed a harsh confinement for 20 days that began on Monday and mandatory vaccination since February. Slovakia has also joined the strict confinement since this Thursday. And even Portugal has announced a similar measure, although it will do so after Christmas. With this, Lisbon shows that the vaccine helps a lot, but it is not a definitive solution, since it is one of the countries in the world with the highest rate of punctures (90%).

To increase its effectiveness, Europe has encouraged vaccine manufacturers to improve their formulas. “The contracts of the European Union with the pharmaceutical companies say that the vaccine must be adapted immediately to the new variants that appear. Europe has taken precautions ”, wielded Von der Leyen. The complement to these words was put by Pfizer and BioNTech, the manufacturers of the most used formula in Europe, which have reacted by committing to have a response in 100 days if it is shown that the remedy is not effective against this variant.

See also  This is the James Webb space telescope

The latter is a possibility that the WHO contemplates, at least partially, according to the statement issued after the meeting held to qualify this new variant as “worrying”, that is, the most dangerous of the two that it uses to define the mutations of the coronavirus . This organism explains that this time it has had a very fast reaction, that now the covid-19 has gained in contagion speed, virulence and has made treatments, including vaccines, less effective.

However, the origin of this mutation from Africa gives arguments to those who ask that the generalization of punctures worldwide be prioritized before starting to talk about injecting more doses in developed countries. In fact, the countries affected by the flight ban have extremely low vaccination rates, ranging from 11% in Mozambique to 38% in Botswana. Along these lines, the European Commission has also announced this Friday that from January 1 the authorization to export vaccines will not be necessary and that it will replace it with a control tool. Until now, the African continent has received a lesser impact than other areas of the world by the coronavirus, taking into account that official data may have a lower reliability than in other places due to the weakness of its States: the WHO estimates 152,000 deaths that it has caused much less than the 2.3 million in America or the 1.5 million in Europe.