Skip to content
Home News Covid 19: Close contacts of those infected with the omicron variant will have to be quarantined | Society 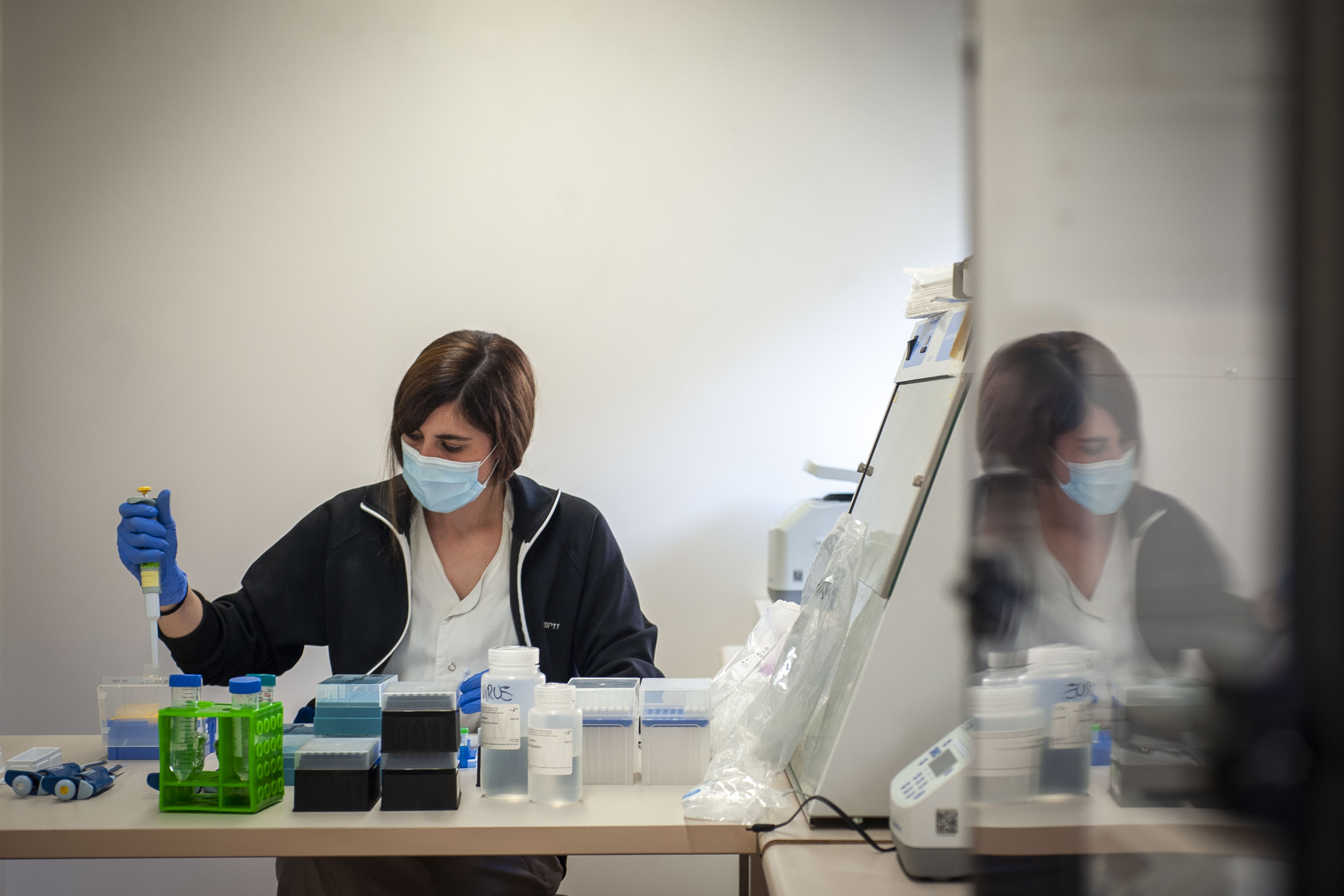 The roadmap of the Ministry of Health for the detection and care of covid has already been adapted to combat the new threat of the coronavirus, the omicron variant. The scientific community is still investigating its infectious potential and escape from vaccines, but this new version of the virus has already been detected in Spain – there are two confirmed cases in Madrid and two suspects in Catalonia – and Health has rushed to update the instructions to combat its expansion. Thus, close contacts of people infected with the omicron variant – or suspected of being so – will have to be quarantined, even if they are fully vaccinated. Also contacts of infected with other lineages of concern to health authorities, such as beta and gamma, must be isolated.

The Covid Early Detection, Surveillance and Control Strategy, which functions as a kind of instruction book to be followed by all communities when they find a case of coronavirus infection, incorporates from this Wednesday the threat of the omicron variant. Thus, although fully vaccinated close contacts are, by default, exempt from quarantine, Health adds several exceptions: immunosuppressed people, contacts of people in whom transmission by mink is suspected and contacts of cases produced by omicron, beta variants or gamma. In this last exception, Health qualifies that also the contacts of suspected cases of having been infected with any of these three versions of the virus will have to keep isolation. “Confirmation of the type of variant is not usually available at the time of diagnosis, so this measure should also be applied to those cases in which there is suspicion either due to preliminary information through specific PCR or because the case is part of an outbreak. that includes cases produced by said variants ”, justifies the document.

The appearance of the omicron variant, detected in South Africa a week ago, keeps health authorities around the world on alert. Scientific evidence on its potential danger is still very limited, but more than 30 mutations have been discovered in this version of the virus and it has already been considered by the World Health Organization (WHO) as a variant of concern (VOC, for its acronym in English). This means that it can be more contagious, virulent, or escape the protection afforded by vaccines.

There is nothing clear yet about the real dangers of this variant, but the European Union, the United States, Israel and Morocco, among other countries, have been quick to close borders with southern Africa to contain an eventual expansion of this variant. The measure, however, has not been effective and the drip of infections through the omicron has not stopped: at least 23 countries in five of the six WHO regions have reported cases of omicron, according to the international organization. In Spain, for example, two cases have already been confirmed in Madrid and there are two suspects in Catalonia with a history of having traveled to South Africa. The Minister of Health, Josep Maria Argimon, explained this Tuesday in the plenary session of the Parliament that his Department may have detected the omicron variant in wastewater from Catalonia, informs Bernat Coll. The results, however, are not definitive yet and the analyzes will definitively determine this hypothesis in the coming days.

However, Toni Trilla, head of Epidemiology at the Hospital Clínic de Barcelona, ​​calls for calm. “The real concern for me right now is the delta variant, which is on the rise and we will probably continue to grow in infections, although severe cases will not go hand in hand thanks to vaccination. If this new variant comes into play, we will send the same message as with the delta ”, insite. That is, vaccination, a mask, avoiding crowds, intensive surveillance and “prudence”: “This applies to the entire Greek alphabet.” And he points out that, in any case, “it is highly unlikely that vaccines will fail 100%” with the omicron variant. ” “It is quite likely that the omicron is more widespread than we have seen, but that it replaces the delta or escapes vaccines are speculations,” he adds.

Faced with the threat that the omicron may pose, however, world leaders – from the G-7 to the WHO – have urged to reinforce vaccination, which continues to advance at various speeds: in Portugal, 81% of the population has completed vaccination schedule, but this figure drops to 68% in Germany or 25% in Bulgaria. In fact, the president of the European Commission, Ursula von der Leyen, this Wednesday opened the door to a possible mandatory vaccination. “It is understandable and appropriate to lead this discussion now, how we can encourage and potentially think about compulsory vaccination in the EU. This needs to be discussed, ”he said. The European Union will also start vaccinating children between the ages of 5 and 11 from December 13, a week earlier than initially planned, the acting German Health Minister Jens Spahn has assured. A BioNTech spokesperson has confirmed the schedule.

In Spain, vaccination coverage is close to 80% of the total population, but there is still room for improvement. And the autonomies insist on it, above all, given the rise of the epidemic curve —208 cases per 100,000 inhabitants in 14 days. Catalonia, for example, has reopened vaccination points and the expansion of the use of the covid passport is gaining ground: there are already eight autonomies that use it as a safe-conduct to access restaurants or nightlife.