Skip to content
Home News Covid-19: Bolivia pressures the population to be vaccinated against the resistance of indigenous sectors and evangelical churches | Society 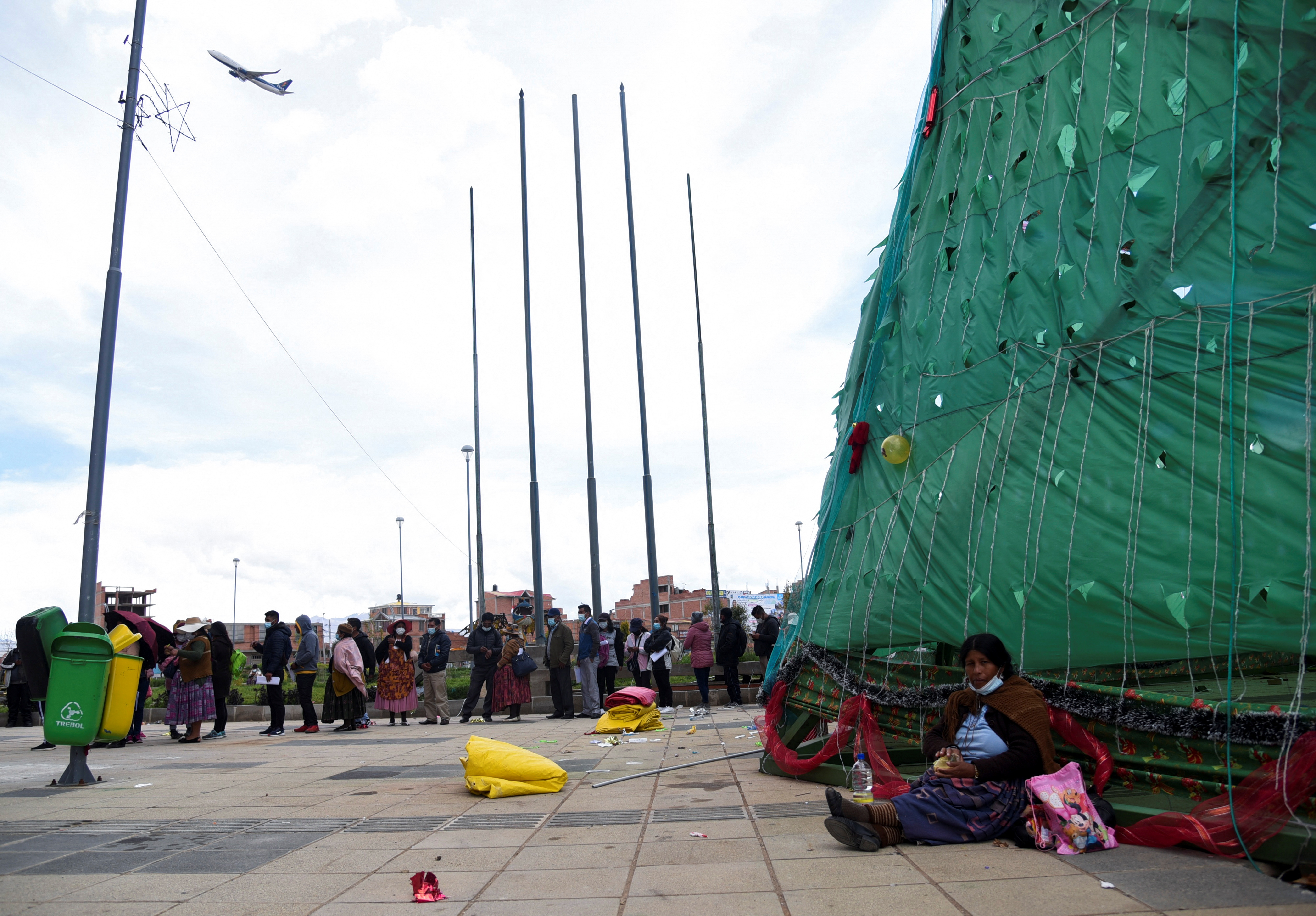 Bolivia breaks daily vaccination records since the government ordered that residents be required to be immunized or have a recent negative test if they want to travel, carry out banking procedures and even make purchases in supermarkets. Vaccination is not mandatory, but due to the cost and difficulty of obtaining a PCR test (which is the only valid one), in fact Bolivians need to have an immunization card to live their day to day life. This demand has generated the rejection of the evangelical churches, which have initiated criminal proceedings for what they consider a violation of the freedoms guaranteed by national laws.

Bolivia is at the peak of a new wave of infections, the fourth for the country, whose epicenter is, as it has continuously happened, in the city of Santa Cruz de la Sierra. The country registers 77,646 infections and 516 deaths in the last 28 days, according to Johns Hopkins University. The daily cases are more numerous than those registered in the previous waves, but mortality has fallen in relation to them, from 6% and, after 2%, to the current 0.7%. As there is no official confirmation that the Omicron variant of the virus has reached the country, it is assumed that this drop was due to the progressive growth of the vaccinated population.

The proportion of immunized Bolivians, however, is comparatively low. According to the registry of the organization Our World in Data, 49% of the population have received one dose and 40% two. Only 5% have so far had the third booster dose. These figures put Bolivia at the bottom of the list of South American countries.

The Government has managed to buy the vaccines that are needed for the entire population, so the causes of the lag lie in the logistics of distribution and, above all, in the negligence of citizens or, in certain areas and segments, in their resistance for cultural and religious reasons. This has occurred especially in the west of the territory, in rural areas and within groups that self-identify as indigenous. There are no studies on the causes of their rejection of vaccination, but it must be taken into account that the evangelical churches have a strong influence in these sectors.

“The evangelical churches have determined not to abide by any decree that, under threat of losing freedom … prohibits entry to public and private places if the vaccination card is not carried,” the president of the Bolivian National Christian Council told the press, Luis Aruquipa. The Council presented a constitutional lawsuit against this norm, which the Minister of Justice, Iván Lima, not only considered unfounded, but also responded with a threat to prosecute religious leaders for attacking general health. “There is no reason to confuse the population, these groups face vaccinations as successful as those of 75,000 people yesterday [3 de enero]; The majority of the Bolivian people want health, that their family be protected and that we do not have unnecessary deaths ”, he affirmed. Evangelicals recognized that they are the minority, but demanded that their right to be respected.

Despite the fact that political polarization is the tonic of most Bolivian public debates, in this case the opposition has not supported religious criticism of the Government. Instead, peasant unions from the Aymara area, which are part of the ruling party, have joined them. The natural leader of these organizations is Vice President David Choquehuanca, who had not been vaccinated, but did so on the same day that the decree that establishes the semi-mandatory nature of immunization came into force. Before receiving the injection, some shamans smoked it and covered it with flower petals, to entrust it to the original gods. Like other Aymara leaders, Choquehuanca was formed by the Protestant churches that are strong in the Lake Titicaca region, where the Vice President comes from. The Methodist churches have publicly supported the vaccination campaign; some spokesmen for the Catholic Church, traditional in Bolivia, have also done so. “It is a sacrifice for the health of others,” said one of them.