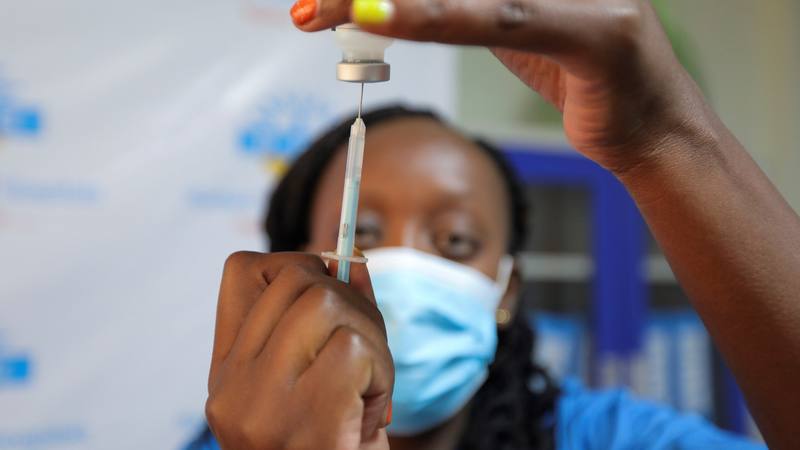 The omicron variant of SARS-CoV-2, which is putting the whole world in check amid a new wave of infections and restrictions in Europe, has uncovered once again how the pandemic, by definition a global phenomenon, is not having the same solution for everyone. And that, also in this, the world advances at different speeds depending on the continent in which you live.

Despite the fact that this variant of the coronavirus was already circulating in Europe – as we have learned this week – South Africa and other South African countries have paid for the dishes of having raised the alarm first and its circulation has been restricted, while in Europe it is already confirmed the community transmission and we set the conditions to be able to travel with relative tranquility this Christmas, COVID passport at the ready.

1. COVAX, a distribution mechanism that suffers from inequity

In less than a year of vaccination campaign against COVID-19 I know they have put more than 8,000 million doses. There would be more than one for all the people on the planetBut the fact is that the distribution has been uneven from the beginning: worldwide almost 44% of the population has two doses of the vaccine; But, while in Germany the percentage of vaccinated citizens is 68%, in a country with a similar population like the Democratic Republic of the Congo it does not reach 1%.

Thus, in the most disadvantaged part of the world, most of the population does not have any pharmacological protection against the coronavirus. The same story we live in summer with the delta variant. To alleviate this vaccination gap between rich and poor, the COVAX alliance, a mechanism for Global Access to Vaccines which began in February of this year, with the aim of donating vaccines and intermediating the purchase from manufacturers for less developed countries. The plan was to distribute 2 billion doses in 2021.

As vaccine production has become abundant, countries have multiplied their commitments: 200 million doses in mid-March, 310 at the end of June and at the end of November it rises to 1,395 million doses. A large increase, but one that will not reach the planned goal either in promises or in execution, because until this date only 580 million have been distributed, 42% of what was compromised, according to the data that Unicef ​​has shared with DatosRTVE.

Behind the apparently positive evolution of the figures are hidden mechanisms that reveal the lack of solidarity of the most developed countries vis-à-vis the rest, especially with Africa. COVAX itself, together with the World Health Organization (WHO), the African Fund for the Acquisition of Vaccines (AVAT) and the African Center for Disease Control and Prevention (Africa CDC), have asked donor countries and to vaccine manufacturers that donations are made on a planned basis, with time to reduce the risk of expiration.

And those who work in these countries denounce that currently rich countries hoard vials to vaccinate their populations with booster doses and devote fewer resources to redistribution. “The hoarding vaccines from high-income countries it has caused COVAX to remain the last in line in the reception of vaccines produced and to be produced, “says Raquel González, head of Institutional Relations at Doctors Without Borders, in statements to the Sinc agency.

We have seen another example of this lack of equity these days with the irruption of the omicron variant. Spain has banned flights from the countries of the southern cone of Africa until December 15 to contain the advance of this dreaded new version of the virus.

This affects South Africa, Botswana, Eswatini, Lesotho, Mozambique, Namibia and Zimbabwe, none of which has more than 40% of the population with at least one dose, and the majority have yet to receive more than half of the vaccines assigned by the COVAX program. To South Africa (59 million inhabitants), which has received all the doses that have been promised, this aid only comes to inject once to 15% of its population, in a country that today remains below 30 % of its inhabitants with at least one dose.

2. Travel to Europe this Christmas: COVID passport and watch out for restrictions

While flights are closed for some countries, the COVID certificate or ‘passport’, which, with the approval of the courts, is incorporating more autonomous communities in Spain, has become common currency for traveling in Europe.

Despite the growing restrictions in many countries due to the new wave of infections, it is possible to travel to almost all the countries of the European Union freely, with a certificate that proves having the complete vaccine, a negative test or having passed COVID in the last months.

The following map shows the requirements and documentation that Spaniards must pack if we want to travel to the main European countries. Information that is frequently updated as risk levels are updated – be careful because almost all countries have particular criteria – so there are also links to official websites where you can stay informed with the latest news.

3. The deaths saved by the vaccine in Europe

Faced with bloated debates of words, data. Be fully vaccinated against COVID-19 would have prevented the death of 469,186 people in Europe, only considering those over 60 years of age and in the first eleven months of the vaccination campaign. It is one of the results of a study published in the scientific journal of public health Eurosurveillance based on data collected in 33 countries, 23 of them from the European Union (in the absence of figures for the most populous, Germany, as well as the Netherlands, Denmark and Bulgaria).

In Spain alone, the vaccine has helped preserve 89,515 deaths, among those attributed to having the complete regimen (87,413) and those avoided in older people with a single dose (2,102). Thanks to them, 72% of the expected deaths in those over 60 would have been avoided.

Vaccines were decisive in a country like ours, which prioritized the immunization of the elderly as the doses arrived. To date, 97% of Spaniards over 60 have the complete vaccine schedule, one of the highest percentages in all of Europe.

This week the World Day to Fight AIDS was celebrated, in which the progress against this other pandemic was announced. After 40 years since it broke into our lives, HIV remains a global health problem. Since their appearance, they have been detected 78 million people infected and 39 million of them have died because of AIDS. It is half, but fortunately mortality today has nothing to do with that of the eighties.

On June 5, 1981, the United States Centers for Disease Control and Prevention reported the first five cases of HIV, then classified as a rare pneumonia. Just four months later, the first case in Spain was detected at the Vall d’Hebron Hospital in Barcelona.

From then until today, 88,684 cases of HIV have been detected in Spain -43% of them in Madrid and Catalonia- and each year approximately another 3,000 are diagnosed. The following map shows the accumulated cases diagnosed in each community and the evolution since 2003. Last year, 1,925 new diagnoses were reported throughout the country, representing a rate of 4.07 cases per 100,000 inhabitants, according to the data. of the Ministry of Health.

By age group, more than 30% of infected people are between 30 and 39 years old. Over time, thanks to prevention, infections have dropped a lot in the most affected group and in all the others. To the point that this year the new diagnoses of newborns have been reduced to zero, according to the Spanish Association of Pediatrics (AEP). And it is not the only victory. A clinical trial is being carried out worldwide to find a vaccine against HIV, and of the 3,800 volunteers there are, 250 are Spanish.

5. Postscript: the pay gap between men and women is narrowing a bit

Also this week, the National Institute of Statistics has published the analysis of what the 16.1 million wage earners in Spain charge, based on the data provided by the Labor Force Survey. And, among other aspects, it has specified the gender gap that persists in remuneration: the difference between the average gross salary of men and women was 358 euros per month in 2020.

Son 42 euros less than in 2019, which means that the gap narrowed last year by 10.5%. But it is still far from closing: although the average salary of women grew more than double that of men, Wage earners earn, on average, 16.2% less per month than wage earners.

The INE stresses that one of the main reasons underlying this inequality is that “women work part-time, with temporary contracts and in lower-paid branches of activity in a higher proportion than men.” In other words, women are forced to a greater extent into the lowest paying jobs.

Reading the following graph, divided into blocks of low, medium and high wages, when looking at the size of the bars that represent men and women, they occupy the lowest paid jobs in a higher proportion. There is much room for improvement in an area essential to effective equality.