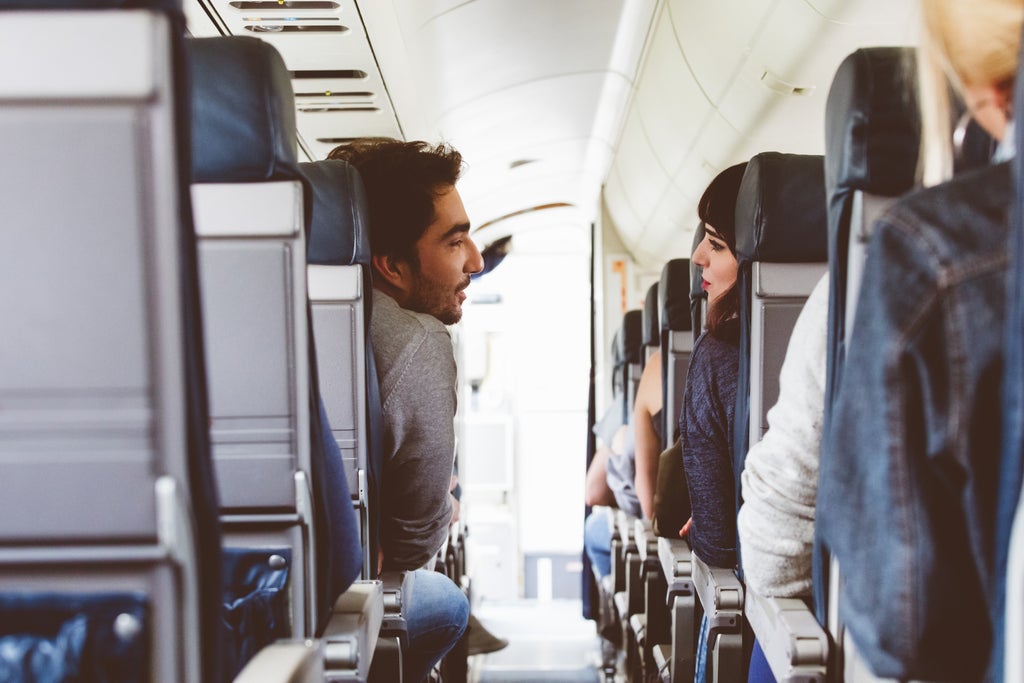 A couple has sparked a debate after revealing that they wouldn’t trade plane seats with a child, who was “scared” of flying and sitting in a different row from her mother.

In a recent post on the discussion-based site Mumsnet, a user who goes by the username @wearejustfriends wrote: “Asking someone to move seats on a plane? AIBU [Am I being unreasonable]?”

She explained that she had been traveling to Gran Canaria with her boyfriend and made sure that their seats on the plane were next to each other.

“I had booked mine and [my] boyfriend’s seats when we booked and paid £22 for both,” she wrote. “I had the window and he had the middle.”

She recalled how a woman sat at the end of their row, while her daughter was in front of them. However, the woman wanted to be next to her daughter de ella, so she asked the original poster’s boyfriend to move, which he did not agree to.

“She asked [if] they [could] have our two seats and we [would have] hers /daughter’s or my boyfriend switch with her daughter,” @wearejustfriends continued. “I politely said no, which she wasn’t happy about.”

According to the original poster, the mother told her: “What difference does it make[?] You’re adults, my daughter is scared of flying and is a minor.”

However, that didn’t change the couple’s mind, as they opted to keep their seats.

“Was I wrong? Surely if she was that bother, she could have paid like us, ”the post concluded.

In the comments, the Musmnet user noted how she “paid extra” in order to sit next to her boyfriend, as she gets “nervous” on flights.

“We specially paid extra so we would be [seated] together,” she wrote. “I didn’t want the worry of not being sat with my boyfriend as I also get a bit nervous on take off. I’m ok once I’m up but it’s the taking off bit.”

As of 19 April, the post has more than 500 responses, with many readers in the comments noting that the couple wasn’t being unreasonable for denying the mother’s request.

“She should have paid to book seats together the same as you did,” one wrote.

“She should have booked seats knowing her daughter required a certain seat,” another wrote. “Freeloader springs to mind. I hate this, people expecting you to give up the seats you’ve paid for.”

Other commenters said that they often take seat assignments into consideration before going onto their flights, as they also have family members who aren’t comfortable flying.

“Well. I have a child who is scared of flying and so I would have paid to ensure that I had the seats I needed,” one wrote. “Unless there is something else going on like a last minute emergency which requires sudden unexpected travel.”

On the other hand, many Mumsnet readers said that both the mother and the couple were not in the wrong in this situation.

“I would have swapped,” one person said. “What an awkward flight! You were totally not unreasonable though, and she was rude to pressure you. As you say, you paid to sit together. But I would have swapped for her daughter, not her rude mother.