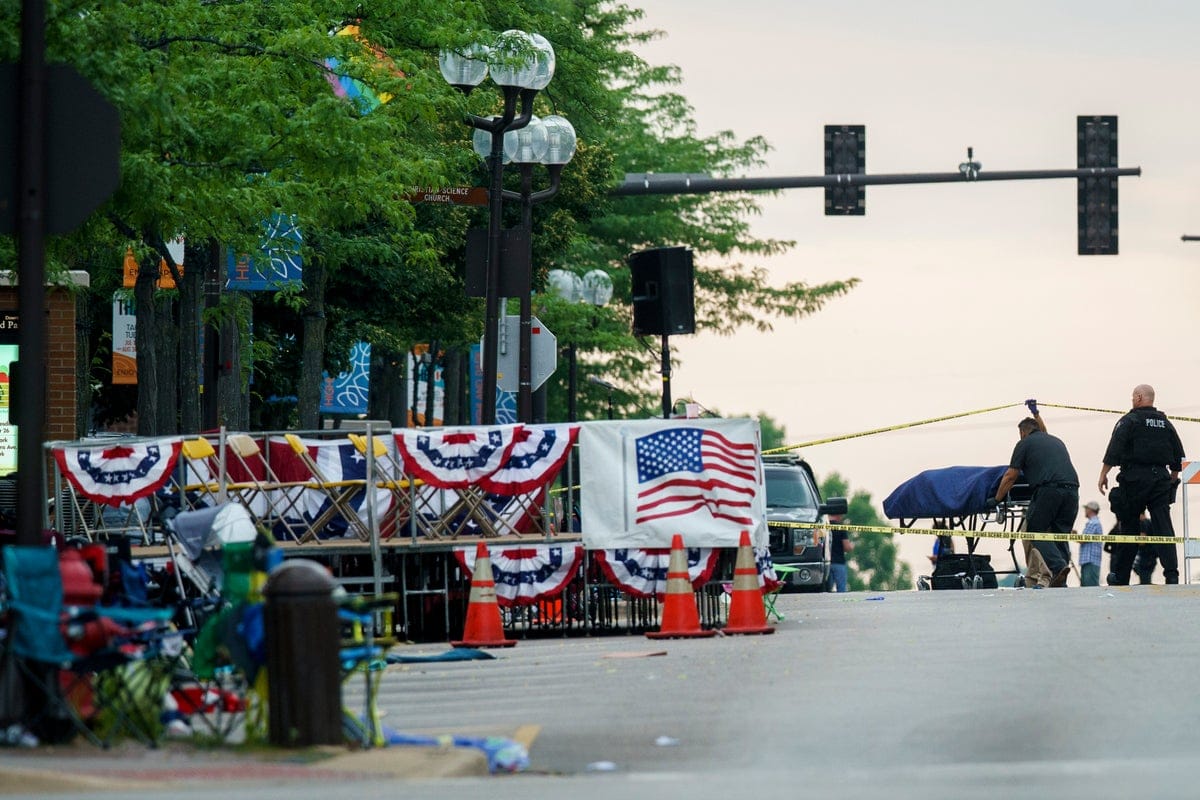 Lake County State’s Attorney Eric Rinehart called for a state and national assault weapons ban in the aftermath of the mass shooting at a Fourth of July parade that left seven people dead and dozens more wounded in Highland Park, Illinois.

Mr Rinehart, a resident of Highland Park, appeared at a press conference on Tuesday afternoon to announce that alleged Highland Park mass shooter Robert Crimo has been charged with seven counts of first degree murder and said that further charges against Mr Crimo will be forthcoming.

He also used his platform to call on elected officials to strengthen gun control measures as US grapples with yet another rash of mass shootings inflicted by alleged shooters who legally purchased their firearms.

“We should also ban assault weapons in Illinois and beyond,” Mr Rinehart said. “The assault weapon ban was implemented in 1994 with bipartisan support and with the support of law enforcement. It lasted for ten years, and studies have shown that mass shootings like what happened yesterday went down during those ten years. We should have that same ban in Illinois and beyond.”

The crowd gathered in front of the podium cheered as Mr Rinehart called for a renewed ban on assault weapons.

Mr Rinehart also extolled Illinois’ red flag law designed to take guns out of the hands of people considered threats to themselves or their communities, but said that the state must work to increase awareness of how it functions.

Mr Crimo may serve as yet another poster child for the flaws in the US’s gun control system. The 21-year-old, who dressed in women’s clothing during the shooting, legally purchased the high-powered firearm he used and had a past that one former high school classmate told NBCnews was full of “red flags.”

Just two weeks ago, President Joe Biden signed the US’s first substantial gun control bill in decades following the mass shooting at a Uvalde, Texas elementary school that claimed 21 lives. That bill strengthened background checks for young gun buyers and closed the ‘Boyfriend Loophole’ to prevent domestic abusers from gaining access to weapons, among other measures, but it did not ban any guns.

The bill passed the US Senate with bipartisan support — which Mr Rinehart noted once existed for an assault weapons ban as well. I have argued that the reinstatement of such a ban nationally would not significantly infringe on Americans’ freedom, and certainly not in contrast with how that lack of a ban has infringed.