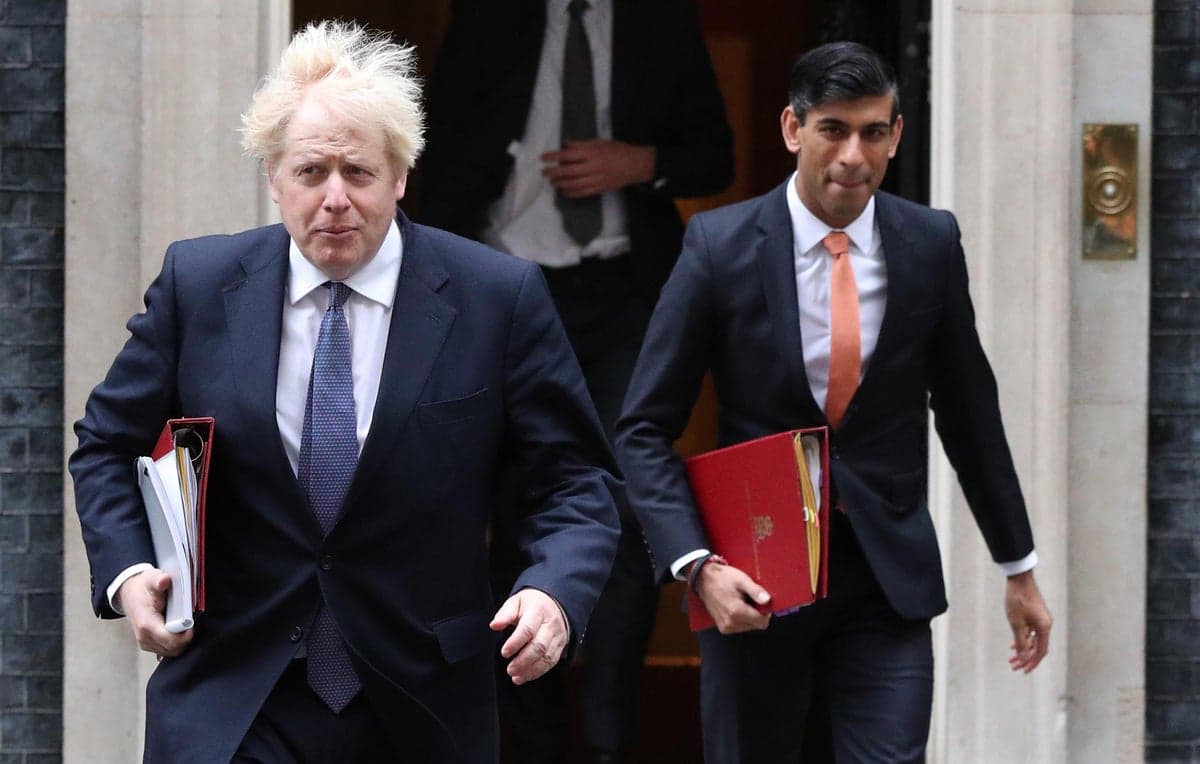 The cap, which sets the maximum amount a utility company can charge an average customer in the UK per year, increased dramatically by 54 per cent from £1,277 to as much as £1,971.

That means a £693 per year increase for the average customer.

In worse news, the regulator’s chief executive Jonathan Brearley has since told the House of Commons’ Business, Energy and Industrial Strategy Committee that he is expecting the cap to rise again in October, putting the cap “in the region of £2,800”.

A response to climbing wholesale gas prices around the world, driven by increased demand and reduced imports to Europe, the review implemented on 1 April 2022 potentially places as many as 22m households up against it and unable to meet their commitments.

Chancellor Rishi Sunak has so far announced that £150 council tax rebates would be given to households in bands A to D and as well as plans to offer a £200 discount on bills.

A government-backed loan scheme of that order will cost around £5bn to £6bn, well below the £20bn demanded by the energy industry, which was highly critical of the announcements.

Dale Vince, the boss of Ecotricity, called the measures “far too little, far too late”.

See also  When is the new Batman movie coming out? The Batman UK release date, age rating, cast and where was The Batman filmed in Scotland

The chancellor is now poised to announce billions of pounds of further help for struggling people having previously expressed reluctance, only to have his hand forced by the deepening crisis.

How much are energy bills rising by?

As of 1 April, households that are currently on a standard variable tariff saw their bills rise sharply by 54 per cent to as much as £1,971.

The new cap announced was calculated by Ofgem using a formula based on market prices and expected costs for suppliers.

As Mr Brearley has indicated, it could rise again steeply in October.

What if I’m not on a standard variable tariff?

People who shop around and switch deals away from standard variable tariffs were previously able to find deals for hundreds of pounds cheaper than the energy price cap.

Those deals have now all been withdrawn as the cost of supplying energy has gone up.

When fixed-term deals expire, customers will be moved to a standard variable tariff at the price cap level.

The option to shop around is still available, but other deals will be more expensive, so customers are presently advised not to switch.

What alternative measures have been proposed?

The Labor Party is pushing the government to bring in a one-off tax on North Sea oil and gas producers, who are among those to have benefited from big increases in prices this year.

According to Labor estimates, the tax could collect £1.2bn for the Treasury, which could be used to help people struggling with rising living costs, although that figure represents only a small fraction of the extra costs Britons will be hit with this year.

The chancellor had been cold to the idea but, according to The Timesis now looking to bring in a much broader tax on energy generators, including wind farm operators, who have benefited from high prices.

Energy UK, the trade body for suppliers, has previously called for VAT to be cut on household bills from 5 per cent to zero.

Businesses pay 20 per cent VAT on their energy bills and the government offers a 5 per cent rate for firms that use a limited amount of electricity. Businesses are not protected by the energy price cap.

But in last October’s budget, Mr Sunak resisted calls to cut tax on energy. Whitehall officials said at the time that the cut would be poorly targeted, helping out people who could afford to pay as well as those who will struggle.

Suppliers also asked for levies that fund renewables investment and energy-efficiency improvements to be removed from bills. The investment would instead be paid for from general taxation.

They argued that this would be more progressive because those on higher incomes would contribute proportionally more. The levy is a tax on an essential good, which takes up a significant part of the amount paid by low-income households.

E.On’s chief executive Michael Lewis meanwhile called for a “polluter pays” approach, which would have included an increased tax on carbon to make up for the money lost from levies on bills.

Suppliers estimate that scrapping green levies and cutting VAT to zero could reduce bills by £250 to £300 on average.

Currently, the price cap mechanism means that these costs will all hit people’s bills next year.

Under the plan, lenders would provide funds to cover the immediate up-front costs of buying energy, with the money recovered over a longer period. The government would not guarantee the loans but would oversee the scheme to ensure it is not abused.

E. On also called for a “more radical” approach and proposed that the government steps in to use public funds to lower bills in the short-term.

“As an example, that could mean the government taking some or all of the cost rises onto its balance sheet, allowing these sudden price spikes to be paid back later and reducing the immediate burden on consumers,” said Mr Lewis.

Dan Alchin, deputy director of retail at Energy UK, has pointed out that other countries’ governments have provided direct support.

For example, in Ireland, households have promised €100 (£84) off their first energy bill in 2022 and in Italy the government has provided loan facilities to suppliers.

“Right now, nothing should be off the table. We need the UK government to engage with industry and finding a way through this that helps customers,” Mr Alchin said.

“They have not responded as quickly as Treasuries in other countries.”

Why are energy bills going up so much?

Gas imports to Europe have been lower due to the global economic recovery, which has caused increased demand in Asia.

Protracted cold spells over last winter and into spring have led to lower-than-normal amounts of gas left in storage across Europe.

The UK imports around half of its gas and is more relevant on the commodity to heat homes than many European countries, which predominantly use electric heating systems.

Continued low imports and the need to refill gas storage sites for next winter has driven gas demand and caused forward gas prices to rise further.

Russia has also been accused of limiting its supplies of gas into Europe to exert political pressure on the EU.

Prior to its invasion of Ukraine on 24 February, the Kremlin had expected the EU to approve the opening of Nord Stream 2, its new natural gas pipeline running under the Baltic Sea and into Germany, although that has since been blocked as punishment for its aggression against a neighboring state.

Countries previously reliant on Russian energy imports have meanwhile been forced to seek alternative sources as Vladimir Putin finds himself presiding over a pariah state.

Wholesale electricity prices have meanwhile also been pushed up by higher gas prices and an increase in prices for carbon allowances.

Consumers will further have to cover the costs stemming from failed suppliers, some of which failed to hedge their exposure to volatile gas prices by buying enough energy in advance.