Skip to content
Home News Coronavirus: This is how the world prepares to “buy time” against Ómicron | International 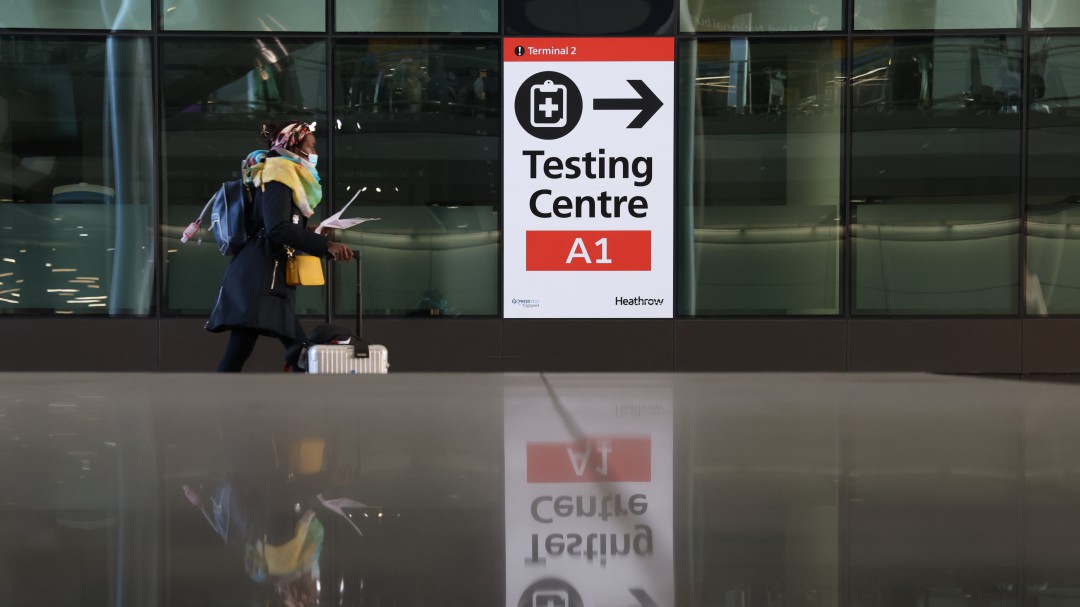 The president of the Commission, Úrsula Von Der Leyen, has already said: the new Omicron variant of the coronavirus, identified in South Africa, has started a “race against time”, so it is necessary to “buy time” by speeding up vaccination and reducing the contacts. Por so far, a dozen countries around the world have detected cases and Many have already begun to implement emergency measures to tackle this new variant of COVID19, in the absence of confirmation from the World Health Organization (WHO) if it is transmitted more easily or develops more serious symptoms, although they have already stated that they are “concerned”.

“Preliminary data suggest that there is an increase in hospitalization rates in South Africa, but this may be due to the increase in the total number of infected people, rather than a specific infection with Omicron,” they have pointed out from the international body.

At this time, what we know is that the United Kingdom has announced that it will convene an urgent meeting of the health ministers of the G7 members tomorrow Monday to discuss the development of the new variant, although the countries have already been adopting measures individually. . ORThese restrictions have been criticized by the WHO, which has called for these decisions “to be guided by science” and for African countries to be supported.

The president of the United Kingdom, Boris Johnson, announced yesterday the obligation to carry out a PCR test – and not for antigens – for anyone who enters the country, even if vaccinated, at the end of the second day after entry and isolates themselves until a negative result is obtained. Similarly, it has reintroduced mandatory masks indoors: shops and public transport. The administration of the booster dose of the vaccine will also be expedited so that a greater number of citizens can receive it “ahead of schedule.”

Australia and Israel close their borders

The Israeli government has announced the closure of borders to foreign nationals for two weeks starting Sunday night in response to the emergence of the new variant of the coronavirus. Similarly, arriving travelers will be subjected to a PCR test at the airport and will have to take another test three days later, and only after the negative can they leave isolation.

While, Australia yesterday banned non-Australian travelers or residents of the country who have visited South Africa, Namibia, Zimbabwe, Botswana, Lesotho, Swaziland, Malawi, Mozambique or the Seychelles Islands in the last 14 days, where they are suspected of circulating. the Omicron variant.

Morocco has announced that it will suspend from midnight tomorrow and for two weeks all flights from abroad to protect itself from the new variant, with the aim of “preserving the achievements made by Morocco in the fight against the pandemic and protecting health. of the citizen”.

EU countries, Canada, Brazil and the US canceled flights to seven countries

The member countries of the European Union, Brazil, Canada and the United States already announced two days ago that they were closing air traffic with South Africa, Botswana, Eswatini, Lesotho, Namibia, Mozambique and Zimbabwe, the first countries in which cases of the new variant. Spain, for its part, also announced the tightening of controls at the entrances for travelers from several African countries, and they must present a negative test even when vaccinated