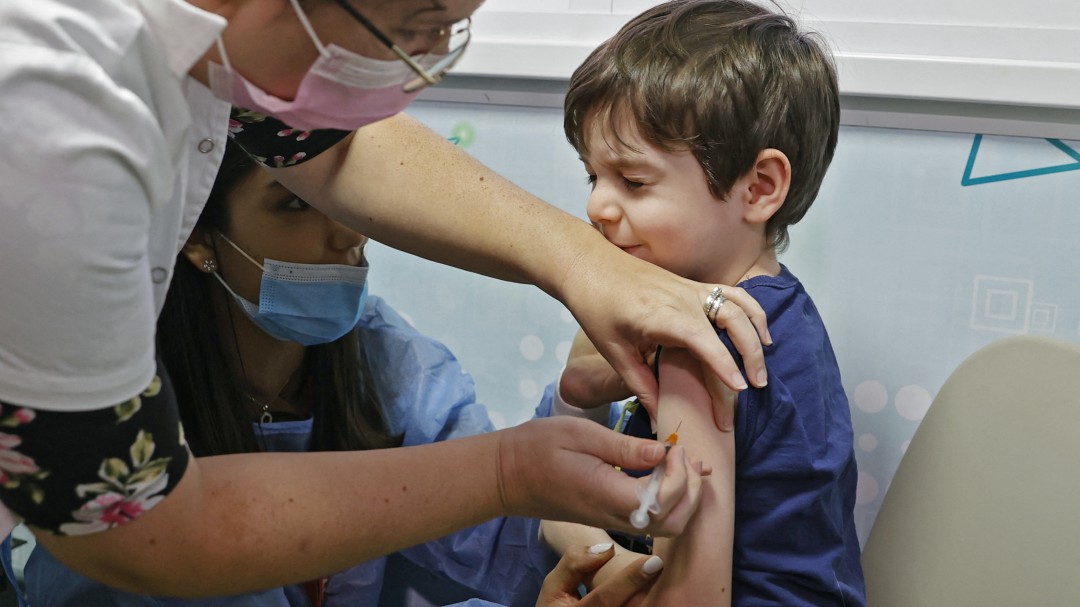 The Public Health Commission has agreed on Tuesday to extend vaccination against COVID-19 to children between 5 and 11 years old. This has been agreed by the commission that brings together technicians from the Ministry of Health and autonomous communities and that from 10:00 am today studies the vaccination strategy in this age group, which accumulates the highest accumulated incidence of infections.

The Minister of Health, Carolina Darias, pointed out this Tuesday that it will be each autonomous community that establishes the “modality” to proceed with the vaccination of children under 12 years of age when the campaign starts in the coming days. It has been confident that it can “start from December 13.” However, it has not clarified whether the Government is in favor or not of the injection of doses being carried out in schools to facilitate their distribution.

Speaking to the press in Brussels, where he is attending a meeting of EU Health Ministers, Darias has hoped that “the best decisions” will be taken at the meeting of the Public Health Commission in which the strategy will be discussed. of vaccination of minors, with the aim that when the vaccines are available on December 13, they will be in “the best conditions” to proceed with their inoculation.

Asked if the Government is in favor of vaccination being carried out in schools, the minister has referred to the Public Health Commission and hoped that it can “start from December 13 and in the modality that the autonomous community set “.

Darias, has appealed this Tuesday to the coordination between European Union countries to agree on the coronavirus restrictions without clarifying whether Spain is in favor of requiring a negative PCR or imposing other measures on vaccinated Europeans who travel to its territory, as they are already doing. partners like Portugal.

With the introduction of the EU Covid Certificate last July, the Twenty-seven agreed that this document would allow Europeans to move without additional restrictions within the Schengen borderless area.

However, with the upturn in infections in many countries and the arrival of new variants such as omicron, some member states are considering requiring an additional negative PCR or requesting quarantine from all visitors, even those who prove to be immunized with the full vaccination schedule or for having recently overcome the disease.

Portugal was the first to impose this requirement on all travelers for the Christmas holidays, despite the initial consensus of Twenty-seven. The management of its borders and health management are exclusive competences of the member states, so each government is free to introduce stricter measures than those agreed at the European level for the sake of coordination.

Asked if Spain considers it pertinent to require negative PCR from vaccinated Europeans in the face of the increase in travel during vacations, Darias has avoided the answer and has limited herself to giving as an example the reaction of the 27 when the omicron variant was located in South Africa and they agreed to close their borders to travel from seven countries in the region.

The president of the European Commission, Ursula von der Leyen, called on the EU countries and Spain to take measures “it did so imminently,” said Darias, demanding in addition to vaccination a negative diagnostic test, establishing quarantines and limiting the trips.

“Spain stands for coordinated action in the EU, which is what gives us strength, because together we go further,” the Minister of Health has emphasized.