Skip to content
Home News Coronavirus: From seven-day confinement in Argentina to the lack of restrictions in Mexico: Latin America before the advance of omicron | Society 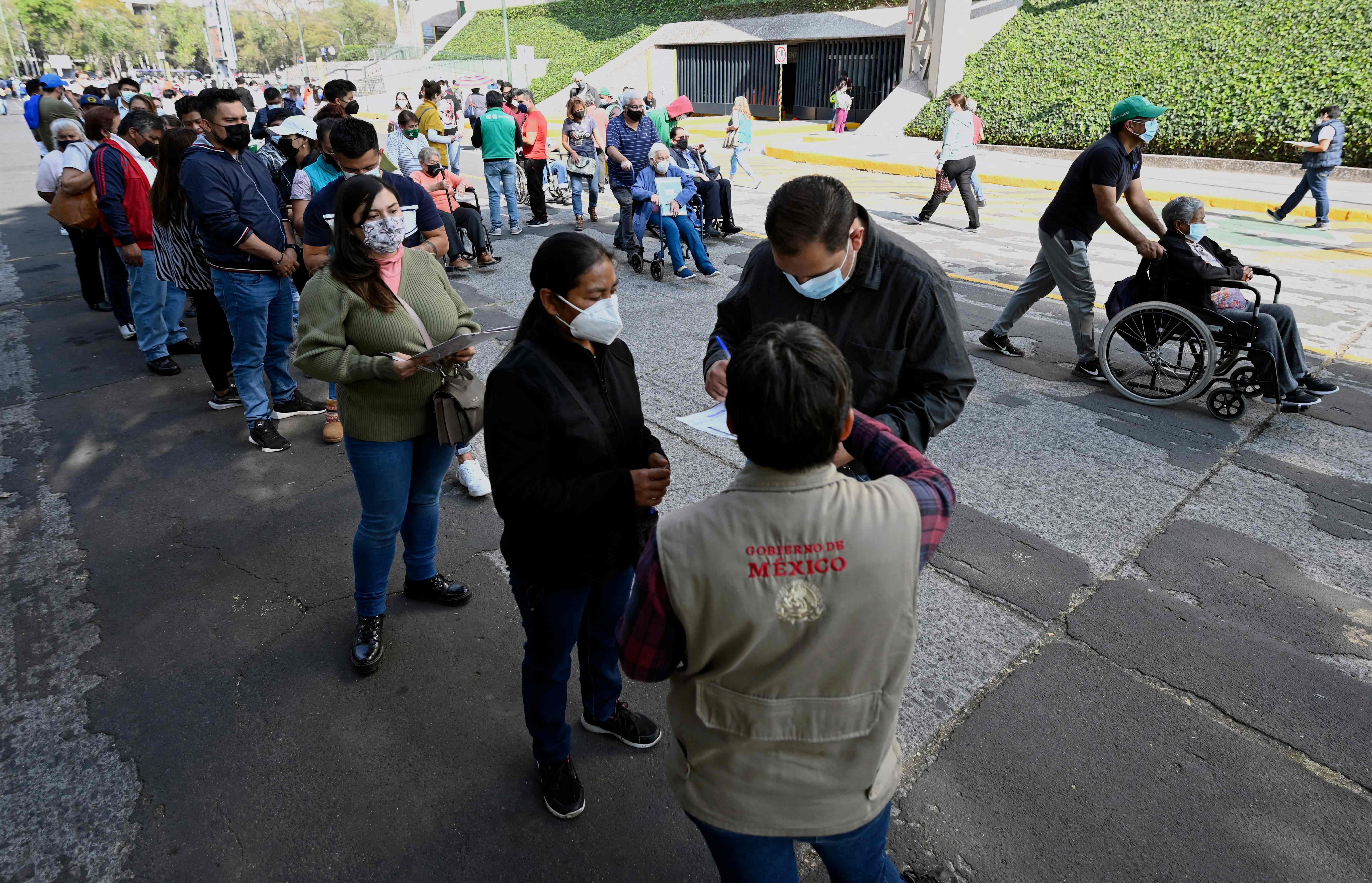 The omicron strain has triggered positive cases in some Latin American countries, such as Argentina. The South American country reported 42,032 infected on Wednesday, the highest number since the pandemic began two years ago. In others, such as Peru, Ecuador or Colombia, the curve still holds, but the strain is already prevalent among the newly infected. The Christmas crowds have had a lot to do with the spread of the strain. And in countries where December coincides with the end of the school year, cases among the youngest have risen. But unlike last year, hospital ICUs are not collapsed; vaccination works as a wall against serious cases. The answers to omicron are dissimilar according to the countries, but they agree on one thing: no massive confinements or closures of shops or companies.

The most extreme case is Mexico, where there are no restrictions even for travelers arriving from abroad. They are not required to test PCR or quarantine. Others, such as Chile, ask instead for the vaccines received in the country of origin to be validated before the Ministry of Health and a PCR of 72 hours. The unvaccinated cannot enter the country. Chile has reinforced the application of a third booster dose, to the point that it is the country in the region that has reached the highest percentage of the population with the complete program: 53.1%, followed by Uruguay (42.9%) and El Salvador (14.3%). The rest barely exceeds 10%.

Rushing the third dose has been the most common response. The problem is inequality in distribution. In areas where there are less protected populations, the omicron effect will be more severe. In Guatemala, for example, only 25% of its population have the two doses against covid-19, let alone a third.

The arrival of a new wave has also opened up debates about what to do with those infected who, because they are vaccinated, have mild symptoms, but must be absent from their jobs. Argentina announced on Tuesday the reduction of the isolation of people infected with symptoms who have two doses of the vaccine from ten to seven days. For those who do not have symptoms, the term is from now on only five days. The Minister of Health, Carla Vizzotti, said in a press conference that “the recommendation, based on consensus, is to change the isolations of close contacts and confirmed cases by dividing if people have their complete scheme, or if they are not vaccinated or incompletely vaccinated ”. It is also a way of putting pressure on those who refuse to receive the vaccine: the curve of vaccinated with one dose has stagnated around 80%, despite the fact that there are ten million vaccines available.

Mexico has not taken measures beyond the usual recommendations to prevent the spread of covid. The vast majority of the 32 states of the country close the year with a green traffic light, that is, without any restriction, with the exception of some border territories where a reduction in capacity is applied in public spaces. The omicron variant is already circulating, especially in some tourist areas that are increasing their activity at this time, from Los Cabos, in Baja California Sur, to Cancun, in the Caribbean. However, the authorities have chosen to allow cruise ships to dock in their ports even if they travel infected with coronavirus.

Only a few governors have taken precautions with a view to celebrating the end of the year. The head of Government of Mexico City, Claudia Sheinbaum, has decided, for example, to postpone the Los Ángeles Azules concert that was going to be held on Paseo de la Reforma, the main artery of the capital. The Government of Andrés Manuel López Obrador has begun to administer the booster dose to those over 60 years of age and this week the medical personnel of some entities have joined.

Debate in Brazil over the vaccine for children

Brazil, meanwhile, has recorded 77 cases of the omicron variant of the covid, which has already been detected in almost a third of the States. Authorities are also investigating a long hundred suspected cases. The new strain that causes havoc in Europe has triggered the demand for rapid tests while also spreading in the most populous country in Latin America, where it accounted for 75% of infections on Christmas Day and 30% of those in December According to a study by the Todos Pela Saúde Institute released this Wednesday.

Right now the vaccination of children is the most debated issue; the federal government is reticent and the governors partisan. Meanwhile, vaccination is progressing apace. 67% of the 210 million Brazilians have already completed the regimen and 12% have already received the booster dose thanks to the fact that the terms were shortened weeks ago. Against this background, specialists insist not to lower their guard and adopt the basic measures before the New Year’s Eve and New Year’s parties: vaccination, mask, social distance and washing hands.

Colombia is also heading for a new wave of infections due to the omicron variant, detected for the first time on December 20, which will be reflected in January. This will be the delayed fourth peak for which the country’s health authorities have been preparing since October, even before the effects of omicron were on the horizon. The 4,306 positive cases registered on Tuesday are the highest figure in four months, a sign of the rise in infections after a prolonged period of decline in a country that accumulates more than five million cases. However, with the 35 deaths that same day, the average of the last weeks remains stable.

Official figures are close to 130,000 deaths related to covid-19 in a country of 50 million inhabitants. Medellín, the second Colombian city, has registered a jump in the daily number of infections this week and is for now the only city with more than a thousand cases per day, above Bogotá. However, at the moment the capital of the department of Antioquia does not contemplate closures or restrictive measures for the new year. In the midst of the economic reactivation and the festivities of the Christmas season, social interaction among Colombians has increased, with the gastronomy and nightly entertainment sectors already reopened.

Before the arrival of omicron, the authorities insist on reinforcing measures already known as ventilation in closed spaces and isolation in case of presenting symptoms, they recall that Colombia is one of the countries with the greatest adherence to the use of face masks and have redoubled efforts to Booster vaccination for various population groups who have completed at least four months from the moment they received the second dose. The Minister of Health, Fernando Ruiz, has emphasized that “the closures do not have a significant effect because it is impossible to contain the presence of viruses”, but they do generate a tremendous impact on the economy.