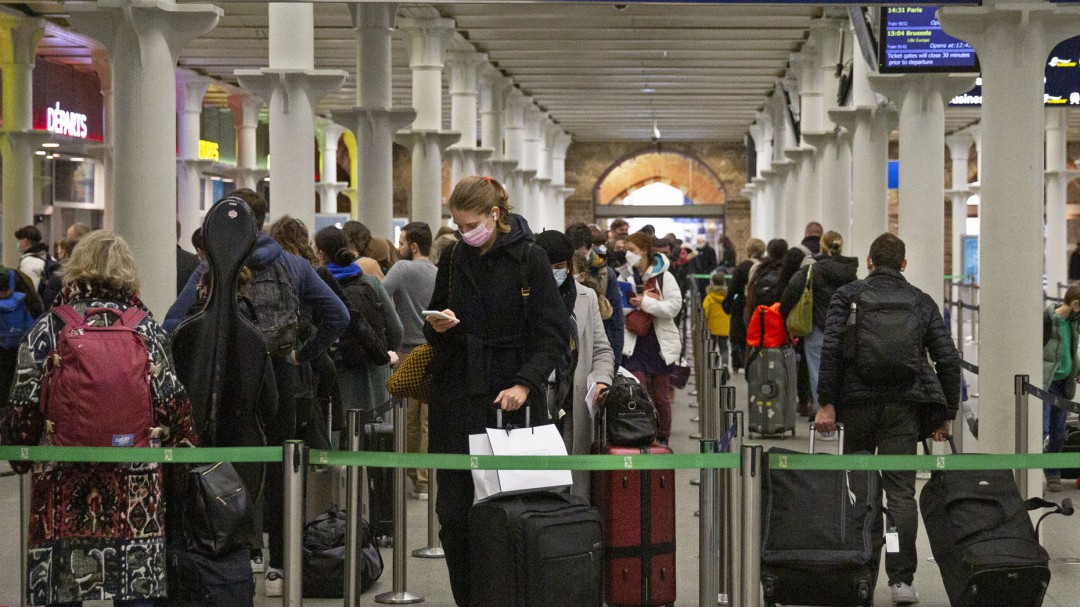 The French government asks the population to reduce contacts “to the maximum” in the coming days but does not intend to impose new restrictions unless there is “a very strong outbreak of the epidemic due to (the variant) omicron”.

This is the message of his spokesman, Gabriel Attal, who in an interview this Tuesday to the channel France 2 recognized when asked about the possibility of applying a new confinement as in the Netherlands that “we do not exclude anything on principle”, but that they know that if the French make an effort to take precautionary measures it will pay off.

Another of Attal’s main messages is to continue with the administration of booster doses of vaccines, especially for people who are at risk and for health workers. The spokesman advanced that today the 20 million booster doses administered will be exceeded (out of a population of 67 million).

In addition to some restriction measures in force since the beginning of the month, basically the closure of nightclubs and dance spaces in bars and other establishments, the Prime Minister, Jean Castex, announced last Friday that for New Year’s Eve, concentrations will not be prohibited. organized and consume alcohol on public roads.

Castex also asked the city councils to cancel the fireworks or New Year’s Eve concerts, a cancellation that is becoming widespread, as Paris did on Saturday.

Asked about the possibility of extending the school holidays, which began last Saturday, beyond January 3, Attal explained that “it is not a hypothesis that we privilege” and that it would be “a last resort” in case the epidemic spiked. because there is an obvious interest in keeping the children in school.

Regarding the possibility of imposing the health certificate on workers in all sectors – now it is required of health workers or those in direct contact with the public, such as hotels and restaurants – he specified that “it is a hypothesis” .

Yesterday the Minister of Health, Elisabeth Borne, surveyed the unions on this point, which showed their opposition to the health certificate in companies. The employer organizations did the same, and they were also very reticent.

The Executive spokesman insisted that with this idea “the objective is to encourage vaccination as much as possible.”

That is also the objective of the transformation of the health certificate into a vaccination certificate, with a bill that will be processed in Parliament in January.

This will mean that for many acts of social life for which the health certificate is required since the summer, such as having a drink in a bar or restaurant, going to the cinema, a show or a stadium, it will not be possible to do them with a test. negative, but it will be essential to have the complete vaccination schedule or to have overcome the covid less than six months ago.

France has spent a dozen days with an average of more than 50,000 infections a day (15,075 were reported yesterday, but that is explained because much less tests are done on Sundays).

As for the situation in hospitals, yesterday the bar of 3,000 patients in the ucis was surpassed, with 3,025, 89 more than the day before. In total this Monday, 15,918 people were hospitalized for coronavirus, 390 more than on Sunday.

In addition, 224 deaths were registered, totaling 121,717 since the pandemic began.