The Cup maintained its special stamp in this second round with the elimination of two new First teams. Atlético Baleares (Primera RFEF) passed over Getafe (5-0), while another big surprise was consummated in the regional derby between Mancha Real and Granada. The Second RFEF team finished with those of Robert Moreno (1-0). Granada, Alavés, Levante and Getafe are the First Division teams that have lost in this round. In addition, Betis prevailed in extra time with difficulties against Talavera (2-4), from Primera RFEF, Valencia also suffered against Arenteiro, from Segunda RFEF, to eliminate him in extra time (1-3) and Mallorca did more tranquility was allowed to beat Llanera (0-6), from Second RFEF, with a thrashing. Cádiz defeated Albacete (0-1) and Osasuna finished with Deportivo (1-2), both rivals from Primera RFEF. 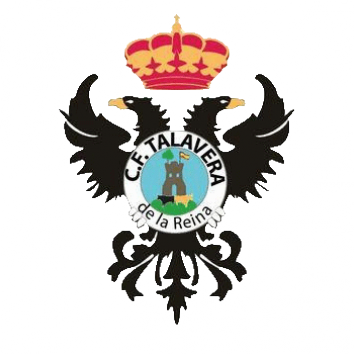 The draw for the round of 32 is held this Friday from 12.30. The four teams that participate in the Super Cup will already enter them. Madrid, Barcelona, ​​Atlético and Athletic will face the rivals of the lowest possible sports category that have qualified: Mancha Real (only in Second RFEF), Atlético Baleares, Linares, Alcoyano and Rayo Majadahonda (First RFEF). This tie will be played in the first week of January, on the 5th and 6th.

The Talavera-Betis began with a detail of the players of the local team with Joaquín. They jumped with a shirt with the number 17 and the name of the eternal Verdiblanco captain, who started at age 40 in the duel against Talavera. The Toledo team went ahead on the scoreboard after seven minutes, when Góngora beat Joel Robles from a penalty, the third Betic goalkeeper after Bravo and Rui Silva, and a starter in the Cup. The Betic team had the virtue of drawing fast through Borja Iglesias.

Joaquín, from a penalty, scored the second for Betis in the 60th minute. However, the dominance of the game was of a wonderful Talavera, who enjoyed one occasion after another until he achieved the equalizer in the 89th minute. Perales scored after a Robles’ weak clearance and the game went into extra time with 2-2 on the scoreboard. Robles saved Betis in an action by Borja and the game cooled down in extra time and lined up the penalty shoot-out. Betis avoided it in the final stretch with a goal from Lainez (minute 116) and another from Canales after a play by Borja Iglesias in minute 119.

Valencia also suffered theirs against Arenteiro, from the Second RFEF. Musah’s early goal, one minute into the game, seemed to show the opposite. It had a perverse effect, as Valencia relaxed and allowed the Galician team from the town of Carballino to take command of the clash until the eight-minute tie was mediated by Magisano. Valencia could not do the second and extra time was reached. Guillamón made it 1-2 in minute 100 and Vallejo made it 1-3 in minute 113 to end the tie.

Mallorca avoided the shocks of Betis and Valencia beating Llanera (0-6). Debacle of Getafe, thrashed by Atlético Baleares (5-0) and with a player less from minute 32 by the red to Cabaco.

Mancha Real beat Granada (1-0) in the other great surprise of the Cup. The Second RFEF team based their pass on a goal from José Enrique and the spectacular performance of their goalkeeper Lopito.