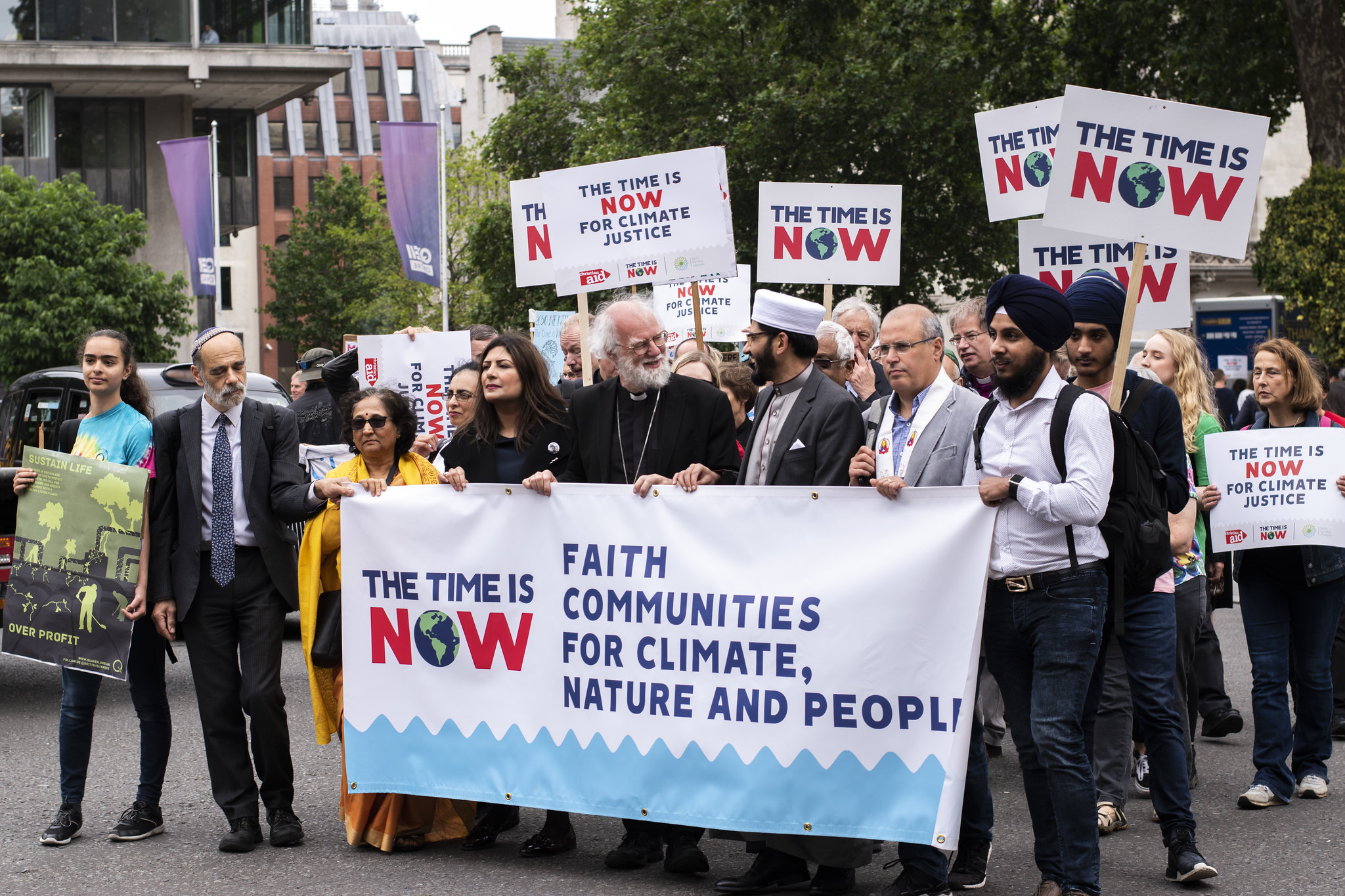 At the last international COP26 conference, not only heads of state met, lobbystas and activists in defense of the environment. Representatives of different religious confessions were also taken as alluded to and made an appearance in Glasgow (Scotland), since, according to them, in order to respond to the climate emergency, the knowledge of science must be applied but also the wisdom that must be used It comes from spirituality.

In fact, the climate crisis is, in his opinion, also a moral and spiritual crisis about our relationship with the Earth. In the Genesis account in the Bible it is clear that humanity is not the owner of creation for its use and abuse but a mere administrator. You must protect it and pass it on to the new generation in good health.

The occasional appearance of religious leaders at an event like COP26 is just the tip of the iceberg that speaks of the green revolution that many local faith communities are experiencing. The UK is at the forefront of this ecological gale that is sweeping parishes, churches, synagogues and mosques alike, stepping over ancient theological divisions. We already cited them in their day as pioneers of the ecological struggle in the post Bye, by, plastic.

From the other side of the English Channel we now come to the Eco Church (eco-church), the Eco Synagogue (eco-synagogue) and the Eco Mosque (ecomezquita). In the case of muslim website, its message focuses above all on the importance of reducing the carbon footprint of its institutions, be they mosques, madrasas or Islamic centers. It is read on your page that Muslims make up 20% of the world’s population so if the religious community as a whole were to ensure the ecological goodness of its buildings, the global impact for the planet would be more than considerable.

The Ecosinagogue, which brings together four Jewish denominations, has as its main objective that all British synagogues carry out an environmental audit. In addition to this, they propose training workshops, online resources as well as events such as the recent ecoshabbat on the occasion of COP26. Among the ideas to adapt to climate change, a menu for Friday dinner entirely of plant origin and eco-friendly.

Finally the Ecochurch, promoted by Anglicans and Protestants from England and Wales, proclaims on its website that it intends to show that the Good News is also good news for the Earth. Resources can also be downloaded for faith groups to adapt their buildings and grounds; to ally with local environmental groups as well as global campaigns; and to have their indoor lifestyle internally audited as well.

In France, where I live, initiatives similar to the British ones are emerging, but at the moment less far-reaching. The Église Verte (green church), an umbrella under which the three great Christian families take shelter: Catholics, Protestants and Orthodox, is already up and running on the Internet. All united to encourage each other to lead a greener ecclesial and personal lifestyle.