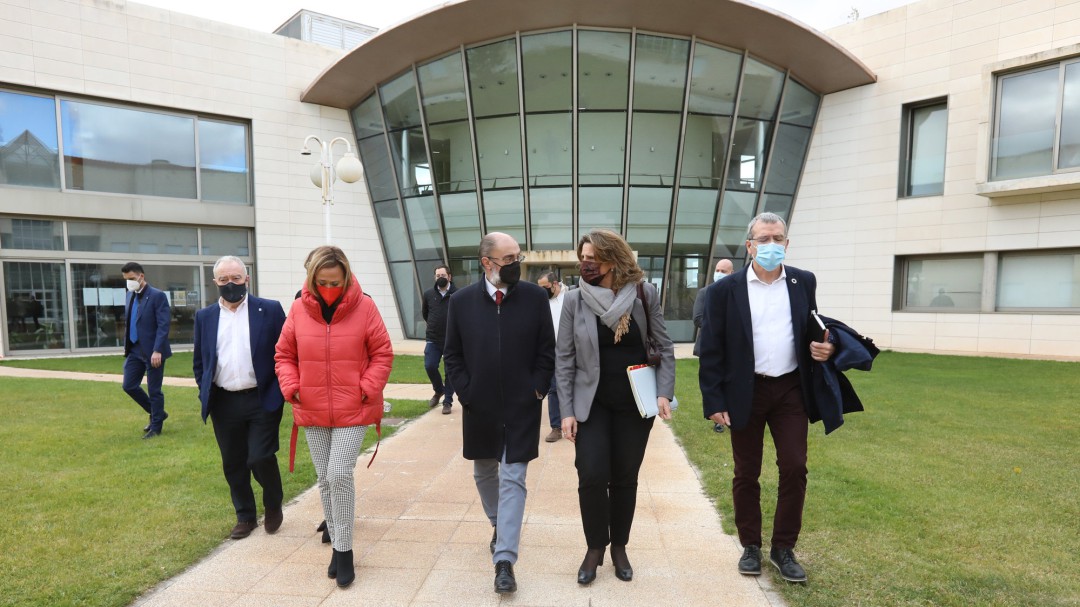 The role of public administrations, with measures that involve all institutions in terms of cooperation, adequate financing that meets the real cost of services and solidarity between territories are the keys that have been identified this Monday as the ideal ones to fight against depopulation and favor territorial structuring.

Representatives of all levels of the administration, trade unionists and businessmen, academics or members of social entities participate this Monday and Tuesday in Teruel in the “Dialogue for the future of Depopulated Spain”, an initiative of the Government of Spain, the European Commission, the European Parliament and 70 other public institutions that want to contribute to offering a prospective view on different issues, promoting plural and informed conversations about the opportunities and challenges that Spain and the EU will face in the post-covid world.

To speak of depopulation, the Government of Spain has chosen Teruel, a province symbolizing the struggle of emptied Spain that, however, for the Aragonese president, Javier Lambán, “is not at all the prototype of abandoned Spain”, but which is an “example” of revitalization and a province that “works and has a lot of future ahead of it.”

The dialogue includes several round tables about the provision of public services in sparsely populated areas, the role of Europe in curbing depopulation in Spain, the revitalization of rural municipalities or the future of medium-sized cities.

The Minister of Justice, Pilar Llop, has opened these days in an act in which she has reaffirmed the Government’s commitment to bring justice to the territories to promote territorial and social cohesion and has announced that it is working on a new model of backbone network to replace the justices of the peace with municipal judicial offices.

The offices will have the necessary resources so that the inhabitants of rural areas can access their citizen folders and with an accompaniment service to avoid any type of digital or generational gap.

“A territorial and social cohesion is necessary so that even in the smallest places they can access the resources of justice,” said Llop, who believes that with this new model in which they are working, the well-being and equality of the citizenship.

Several speakers have insisted and the mayor of Teruel, Emma Buj, has agreed that the most important challenge in tackling depopulation is job creation.

It is the task of public administrations, it has added, to generate opportunities and jobs, attending to the different realities of each territory.

In this sense, the third vice president and minister of Ecological Transition and Demographic Challenge, Teresa Ribera, has announced in the round table in which she has participated that the DUS 5000 program of Sustainable Urban Development for municipalities with less than 5,000 inhabitants, whose call will be It opened last Friday with aid for 75 million, it will increase by another 250 given the success with which the term has been opened, which has “exceeded” expectations.

This success shows, according to Ribera, that there is a “great appetite” and “desire” to do things in small towns, which receive “with great enthusiasm” any proposal that comes with financing.

The Minister of the Presidency of the Government of Aragon, Mayte Pérez, in charge of Demographic Challenge policies in the new federal executive of the PSOE, has considered that any political project has to take into account the fight against territorial inequality and has insisted on the need of institutional collaboration, both at the provincial level and with other Autonomous Communities, and in the creation of synergies with business and union groups that know what the reality of the territory is and can propose solutions.

According to Lambán, a solution inevitably involves a “substantial and radical” reform of regional financing, so that it takes into account the real cost of services in each community.