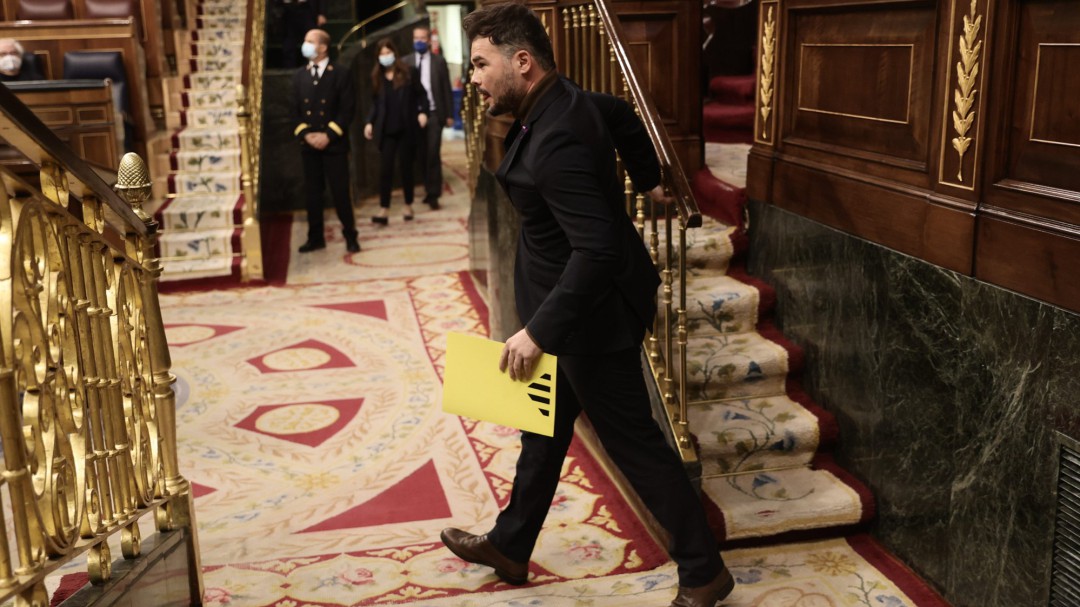 The control session of the Government in the Plenary of Congress, which President Pedro Sánchez does not attend, because he is on an official trip to Egypt, occurs with the hangover of the Budget debate, with the proximity of a sixth wave of COVID- 19 and a few days after the demonstration called by the unions of the State security forces against the reform of the Gag Law, considering that it reduces legal security in their actions.

The PP spokesperson, Cuca Gamarra, has asked the First Vice President and Minister of Economic Affairs, Nadia Calviño, “why the Government has left Spain in the tail wagon of recovery after having been the European country that most sank in 2020. ”

“Every week we hear a catastrophic vision and the reality is that the economic recovery is underway and is very strong. I ask you to contribute to the general welfare,” Calviño answered. “Do not leave real Spain out in the open,” Gamarra insisted, to which the vice president once again stressed the positive economic outlook. “We have managed to protect the productive and employment fabric in our country,” explained Calviño, who affirms that “in the face of his catastrophic vision, reality reflects a united country.”

Olona (Vox), to Díaz: “They are about to lose the streets”

“Empathy characterizes this government and also that we think of people first,” the vice president told the Vox spokesperson, Iván Espinosa de los Monteros, who asked “how do you value the increase in social protest against your economic policy.”

“If anyone knows of tax increases that is the PP that even taxed the sun,” said the vice president and Minister of Labor, Yolanda Díaz to the PP spokesperson, Teodoro García Egea. And he has advanced that the data for this Thursday on affiliation will be positive. “You are going to see how the figure is historical in affiliates to Social Security. Regarding pensions, we have guaranteed their revaluation,” he said.

“I anticipate that they are about to lose the streets,” said the deputy of Vox Macarena Olona. The vice president of the Government has responded that she thinks it offends her, but “she is portrayed with the considerations she makes.” And he insisted: “If someone saved this country, it was thanks to the SEPE workers. They have a problem with the Spanish constitution because social agents must be part of the dialogue,” Díaz continued.

In addition, PP, Vox and Cs have insisted that the new Citizen Security Law causes helplessness.

“This is a safe society and not insecure as they say with their Vox friends. They do not defend the freedom to demonstrate that is compatible with providing security to the state security forces and bodies. That they prepare to continue living in democracy and with this Government “, explained the minister from the Interior, Fernando Grande-Marlaska to the deputy of the PP, Ana Belén Vázquez.

Vox deputy Ignacio Gil Lázaro has described the reform of the gag law as “miserable” and has launched this diatribe: “When Vox governs there will be law and order.” The minister has accused him of generating a “climate of hatred and tension” without going into the details of the law.

The opposition focuses its criticism on the amendments on the taking and dissemination of images of the agents in the street, on the veracity of their testimony, the anti-riot equipment or the identification protocol in police stations.

Esquerra threatens not to support the Budgets

The opposition will ask the rest of the Government, now that Esquerra threatens not to support the Budgets, if all the platforms – also those that are based outside of Spain – have to offer 6% of their catalog here in the co-official languages.

All this without forgetting the proximity of a sixth wave of COVID-19 that will lead the popular to ask the Minister of Health, Carolina Darias, if she plans to “do something useful to give a homogeneous and uniform response throughout the Spanish territory.”

The PNV will also urge you to accelerate the recognition of the medical specialty of infectious diseases.