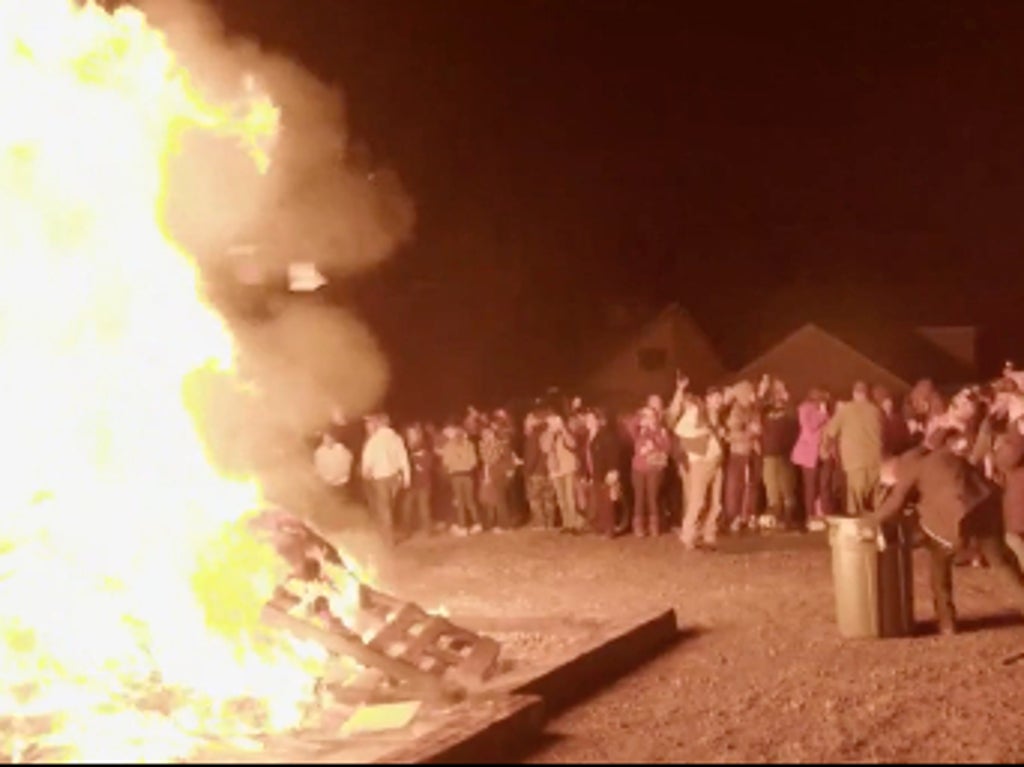 As debates around book banning and critical race theory rage around the country, a Tennessee pastor has encouraged his congregation to go after a different set of titles: burning works from the Harry Potter and Twilight series, as well as other supposed occult materials.

Greg Locke of the Global Vision Bible Church in the city of Mt Juliet, outside of Nashville, hosted congregants on Wednesday for a book burning.

Ahead of the event, I have encouraged them to bring their copies of the wildly popular fantasy books, as well as “tarot cards, Ouija boards, healing crystals, idol statues, spell books and everything else tied to the occult”.

“We have a Constitutional right and a Biblical right to do what we’re going to do tonight,” he said at the event, which was recorded on video.

“We have a burn permit, but even without one a church has a religious right to burn occult materials that they deem are a threat to their religious rights and freedoms and belief system.”

The faith leader, who was seen wearing a shirt that appeared to have the date 1776, the year of the Declaration of Independence, has previously called the pandemic “fake” and discouraged congregants from getting vaccinated.

Last week, a Tennessee school board voted to remove the Pulitzer Prize-winning graphic novel Mausabout the Polish experience of the Holocaust, from its curriculum, alarming advocates and educators around the country.

The book burning and bans in Tennessee are part of a larger cultural fight being fought in America’s school over what sorts of themes are appropriate to teach young people.

Conservative states across the country have been leading widespread efforts to limit the teaching of and reading about themes like racism, LGBT+ identities, and the Holocaust.

Hundreds of titles have been yanked from the shelves in Texas, where lawmakers have complied a list of nearly 1,000 books that “might make students feel discomfort, guilt, anguish, or any other form of psychological distress because of their race or sex”, including many works by authors of color like Ta-Nehisi Coates.

Ovidia Molina, president of the Texas State Teachers Association, has called the effort “disturbing and political overreach into the classroom”.

In January, a Missouri school district voted to ban Toni Morrison’s acclaimed novel The Bluest Eyewhich deals with a young Black girl after the Great Depression and considers questions like the racist attitudes built into beauty standards.

Morrison, before her passing in 2019, once wrote that the banning of books, such as when censors sought to pull Huckleberry Finn by Mark Twain for its (period-reflective) use of the “n-word”, the “purist and yet elementary kind of censorship designed to appease adults rather than educate children”.

At least 36 states have introduced or passed legislation that seeks to regulate the teaching of perceived “critical race theory”, a term that’s largely shed its original meaning and come to be associated with anything touching questions of racism and identity in ways that could make people uncomfortable.