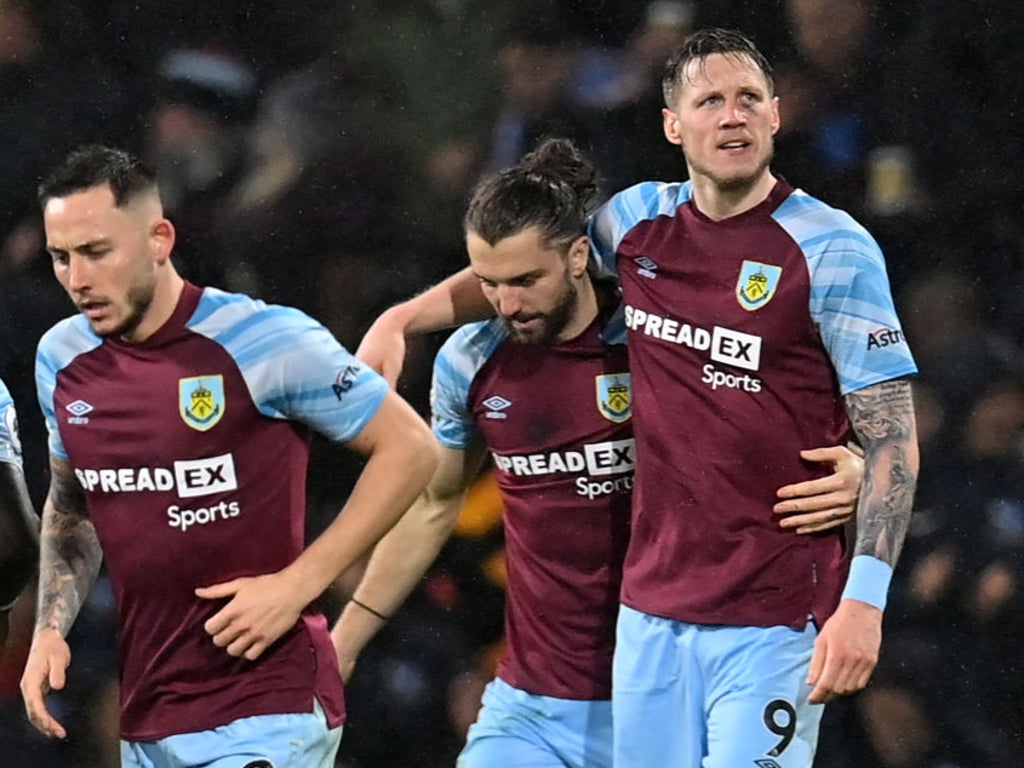 Burnley defender Connor Roberts is confident the Clarets are building positive momentum in their fight against the drop.

Burnley still only have one Premier League win this season and sit bottom of the table, but Tuesday’s 1-1 draw with Manchester United means Sean Dyche’s side are now unbeaten in their last three after goalless draws with Arsenal and Watford and have taken points in eight of their last 11 in the league.

There has been a mix of encouragement and disappointment when results are viewed in isolation – Burnley were booed off after being held by Watford on Saturday, then roared off after a stirring second-half performance against United days later – but it is points that matter most now.

“I think it’s been building since the Arsenal game (a goalless draw on January 23), the Watford game in the middle between two tough games was a little bump but we still had momentum, we didn’t concede any goals,” Roberts said .

“Against United, no one expected us to get anything going 1-0 down and in the first half we could have been out of it but the boys pulled it out of the bag in the second and I thought we played some of our best stuff .

“If you said we would lose against Arsenal and United and beat Watford for three points we would have taken it – and in the end, we got three points anyway.”

That did not look like being the case at half-time on Tuesday night after 45 minutes in which United had seen two goals disallowed, while frequently threatening to add to the Paul Pogba strike that did count.

Having heard boos days earlier, Roberts expected a repeat but instead Turf Moor offered chants of encouragement when Mike Dean blew for half-time.

“I was waiting for the boos,” the Wales defender added. “I thought they were going to hammer us but fair play to them, they’ve been brilliant in the last few games and credit to them. Hopefully we can repay them.”

The next opportunity to do that comes on Sunday, but it promises to be another hugely-difficult challenge against a Liverpool side seeking to chase down Manchester City in the title race.

Roberts admitted he did not yet know much about Diaz – the 26-year-old said he rarely watches football at home and preferred to watch the darts than tune in for the Reds’ 2-0 win over Leicester on Thursday night – but he is not one to stress on the details.

“You don’t need to watch anything to know he’s going to be a good player if he’s just signed for Liverpool,” he said. “All we can do is give everything, do what we do, and hopefully get something from it.”

Roberts’ start against United on Tuesday was only his fourth Premier League appearance of the season following his summer move from Swansea.

Having come through the ranks with his boyhood club, Roberts’ adjustment to life at Turf Moor was disrupted first by injury but then by serious illness as he was hospitalized with pneumonia in December.

“It’s been terrible since I came in,” he said. “When I signed I had an injury, my first real injury ever, so I couldn’t really get going, then I went away with Wales and then I got ill.

“Not many people realized how ill I was. To come back and play as soon as I have been a credit to myself, but it’s been stop-start. Now I think every game I play, I need to play well to play the next one.

“But as long as I do myself proud and my family proud, that’s all I can do.”