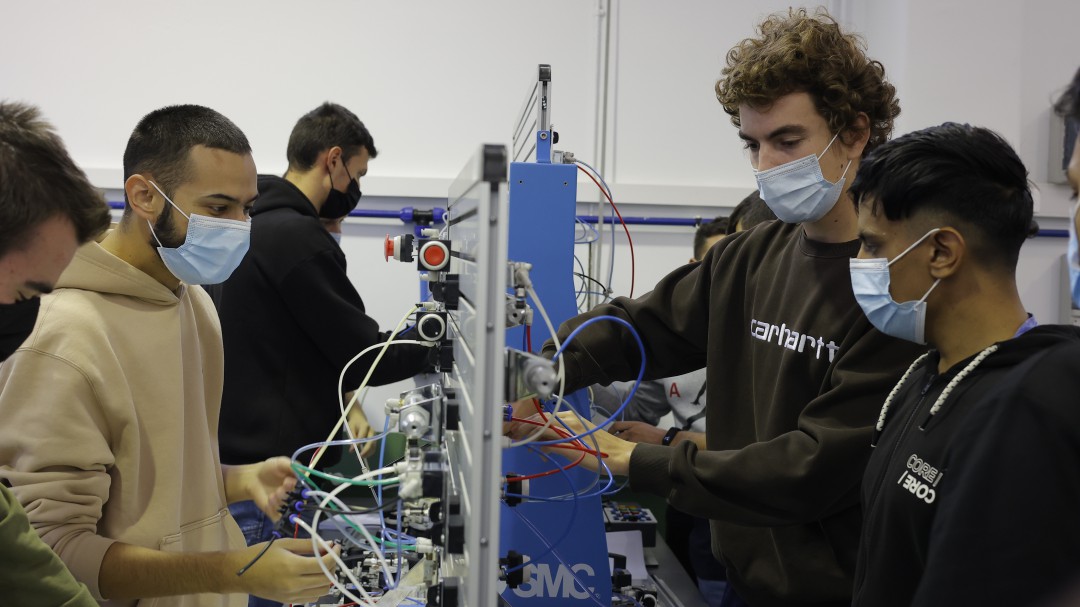 The Plenary of Congress will approve this Thursday by an absolute majority the Organic Law of Professional Training, in principle without any vote against, a norm that also has the support of the majority unions and the employer’s association.

The new rule has been negotiated for months with the educational community, companies, unions and the autonomous communities. In addition, in its parliamentary process, around a third of the 592 amendments proposed by the different political groups were accepted.

The Plenary will see the opinion and the amendments that the parliamentary groups have decided not to withdraw. As it is an Organic Law, it will be submitted to a final joint vote that will require an absolute majority for its approval.

If it reaches it, it will be sent to the Senate, which can approve the bill in its terms, present amendments or propose a veto. In the case of the last two cases, you must return to Congress.

At this time, the only question arises with the meaning of the vote of the CUP. The rest of the political forces oscillate between support and abstention, as sources from the Ministry of Education have explained to Efe.

Together with the government’s coalition partners, the initiative will receive tomorrow the support of Ciudadanos, PNV and Bildu, among others, sources from these parliamentary groups have explained to EFE.

The PP and ERC “in principle” will abstain, like Vox, Foro Asturias and UPN.

In the event that it goes ahead without any negative vote, it would be the first educational law in a democracy to be passed without opposition.

One of the main novelties of the legislative initiative is that Vocational Training will become dual, that is, it will combine teaching in classrooms with internships in companies – today 4% in Spain compared to 60% in Germany.

The project establishes a new system of Vocational Training degrees (A, B, C, D and E), which includes smaller learning units or microformations (grade A), up to degrees and specialization courses (grades D and E).

Likewise, it provides for a National Catalog of Professional Training Offers that includes all the training options that can be taken within the framework of the FP and a State Registry, which “will allow all citizens to access it and obtain an updated Training-Professional Life” .

Spain has a low proportion of those enrolled in VET (12% of young people between 15 and 19 years old, compared to 25% on the OECD average) despite the fact that the demand is clear: 40.3% of job offers of 2019 were aimed at profiles with this degree.

One of the issues that the new law wants to solve is the worrying level of youth unemployment, 30.6% among those under 25 years of age, the highest in the European Union together with Italy, according to statistics published by the OECD in the past day 10.

The law also wants to update up to 80% of existing professional qualifications and double the number of workers trained in Spain, where half of its workforce (11 million) cannot prove their professional skills, one of the worst rates in Europe.

50% of job opportunities in the second half of this decade will be reserved for people with intermediate qualifications (technicians and higher vocational training technicians), and only 16% of jobs will require low qualification.

However, 48% of the Spanish workforce does not have a vocational training qualification nor do they have formally accredited skills.