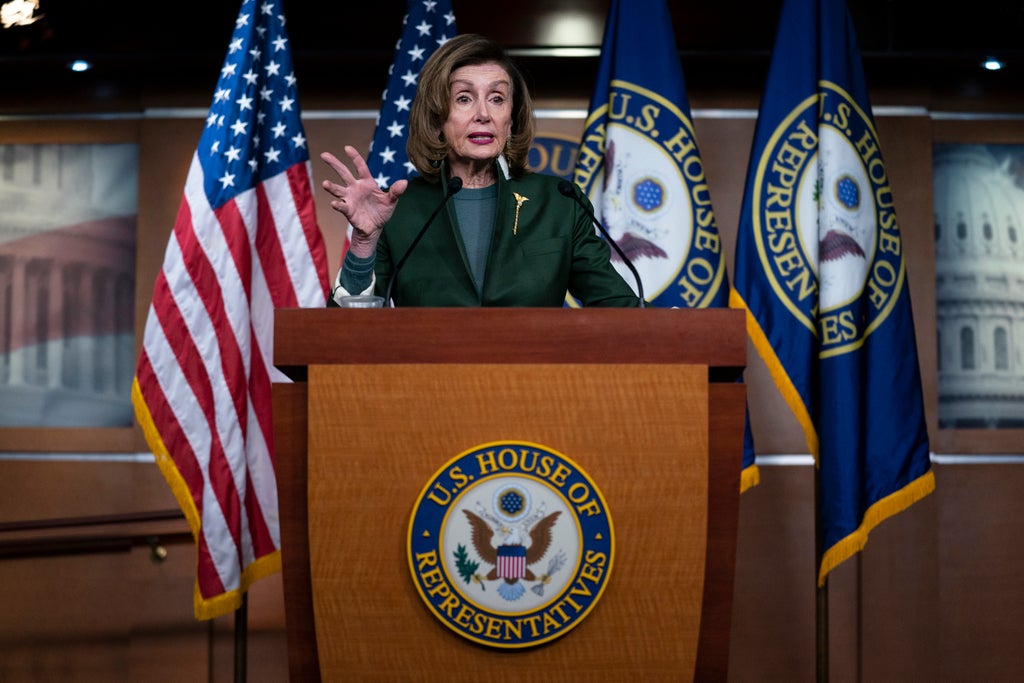 The US House has passed legislation barring contracts that force people to settle sexual assault or harassment cases through arbitration rather than in court, a process that often benefits employers and keeps misconduct allegations from becoming public.

The measure, passed on a 335-97 House vote, reflects rare bipartisan agreement in Congress that stems from the #MeToo movement that prompted a national reckoning on the way sexual misconduct claims are handled in the US

“For far too long, Americans who experience sexual harassment or assault in the workplace have been forced into the shadows, compelled to sign secretive arbitration agreements that protect their employers from liability and often shield offenders from accountability,” House Speaker Nancy Pelosi said in a She said the legislation sends “a clear signal to survivors across our nation that they deserve the freedom to seek justice and to make their voices heard.”

The Senate is expected to vote on and approve the bill within the next two weeks, sending it to President Joe Biden for his signature.

Democrat Kirsten Gillibrand who pushed the legislation and has been vocal in the Senate about curbing sexual harassment and assault, said the measure is long overdue, having first been introduced in 2017.

An estimated 60 million American workers have the clauses in their employment contracts, Gillibrand said, but she noted the practice is not just used in employment contracts. Binding arbitration clauses can be tucked into agreements for other services, barring lawsuits against nursing homes and massage parlors from residents and patients who claim they were sexually assaulted.

See also  Colón Fábrica: behind the scenes of the main lyrical theater in Argentina | Culture

“I would say very few people realize they’ve agreed to this,” the senator said in an interview Tuesday. “It’s not something that people read in their employment contracts. It’s in the fine print and even if it’s there and they read it, they don’t even necessarily know what it means.”

The widespread practice of including forced arbitration in employment contracts has come under fire in recent years for shielding companies and perpetrators, forcing employees to privately settle claims of sexual assault or harassment without a jury and a chance to appeal the decision.

Business groups and other advocates of arbitration argue it is a faster and less costly way to resolve disputes.

Gillibrand said many workers don’t realize how binding arbitration can disproportionately benefit employers, with companies generally paying far smaller sums to settle claims than they would in court and having much less incentive to take corrective actions, such as firing repeat offenders and changing policies.

The bill would bar the clauses in future contracts and also invalidate those clauses in any existing contracts, which Gillibrand said would open the door for people who have lawyers to come forward and pursue claims.

Former Fox News anchor Gretchen Carlson, who accused the now-deceased network CEO Roger Ailes of making unwanted advances and harming her career when she rejected him, testified in support of the legislation. Binding arbitration was used in some employee contracts at the network.

Some companies, including Facebook, Uber and Microsoft have on their own decided to end the practice forced arbitration for sexual misconduct claims.