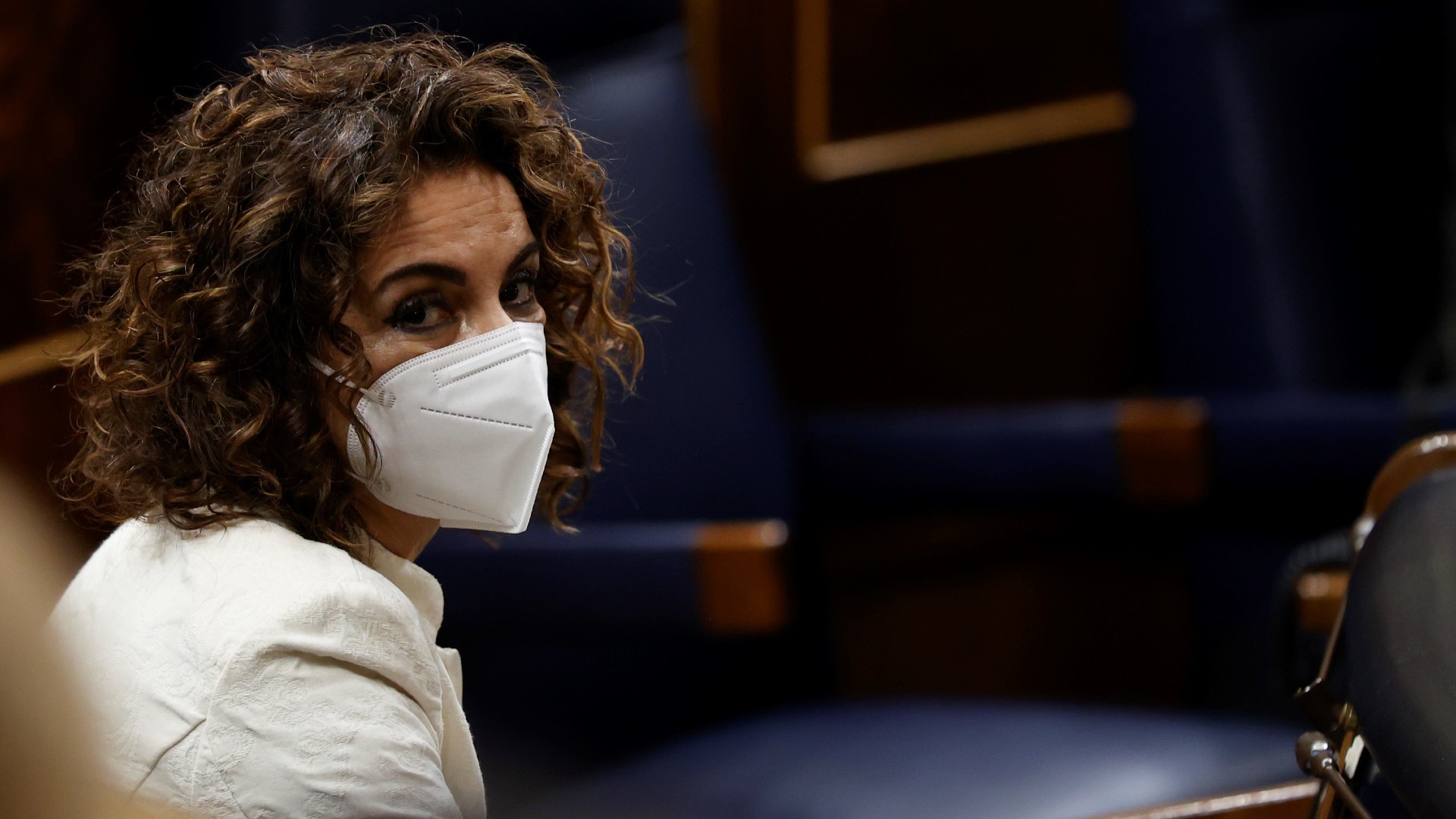 This time there have been no surprises and the Congress of Deputies has given its definitive yes to the General State Budgets for 2022. Thus ends the parliamentary procedure and the public accounts will enter in force in the Official State Gazette January 1st, as planned. Government culminates a process that has lasted just over two months in which the negotiation with its parliamentary partners has had its ups and downs, with harsh criticism from the opposition. This endorsement of Parliament underpins the legislature, the majority of the investiture and consolidates the coalition PSOE-Unidas Podemos, despite the friction they may have had in different matters in the two years of management.

The vote made exclusive reference to the only amendment on minority languages ​​that was approved in the Senate last week and that meant a change in the text of the public accounts. Has gotten through with the yes of 281 deputies, 61 votes against and one abstention. With this, the income has given the final green light to the Budgets.

The president of the Government, Pedro Sanchez, has intervened at the end of the plenary session to highlight that, for the second time in this legislature, some Budgets will be approved “in due time and form”, something that “had not happened since 2014”. And after thanking the fifteen formations that have made the Budgets possible thanks to “dialogue and agreement “, has also emphasized the agreements reached with the social agents, just when the labor reform agreed with them is going to reach Congress.

“The social agreement is the best recipe to carry out constructive and lasting structural reforms ”. The labor reform, he said, will serve to “stop job insecurity and reduce structural unemployment in the country.” “Spain needs to grow even more and, for this, we need all possible agreements,” he continued. And, in other words, Sánchez has also referred to the vaccination: “We are beginning to leave behind what will most likely have been the two darkest years of our lives”. In this sense, he thanked Spanish society for the “sacrifice and solidarity” and ended by congratulating the new year.

The one this Tuesday has been a very short plenum since the bulk of the debate has already taken place both in Congress and in the Senate over the last two months. The only point to be debated has been the only amendment that came out last week from the Senate, a proposal from Compromís for the protection of minority languages ​​with an amount of 1.6 million euros that the PP, by surprise, supported (despite its rejection of other related measures such as 6% Catalan in the future Audiovisual Law). The nationalist parties and government partners have generally and harshly loaded against the “number” of the PP.

And is that that amendment twisted the government’s plans, that I hoped that the public accounts could be settled In the past week in the Senate, when foreseeably none of the almost 4,000 amendments presented was going to succeed, which would have prevented the return of the bill to the Lower House. But the ‘yes’ of the PP to that of Commitment prevented the still photo of the Budgets. Modification of the budget text forced to return the accounts to Congress, where they have been endorsed this Tuesday in a full half-empty and with a telematic vote given the high incidence of coronavirus (some deputies and the president of Congress, Meritxell Batet, are positive for COVID-19).

Once the parliamentary procedure is concluded, Spain will already have Budgets by 2022 that include the highest spending ceiling and highest social spending in history, partly due to the incorporation of European funds, and also the higher collection forecast.

Among the income measures, the establishment of a minimum effective rate of 15% on corporate tax for large companies or the reduction of deductible contributions to individual pension plans to 1,500 euros.

Among the expenses, the increase in pensions with the CPI and salaries of civil servants by 2%, as well as the housing and cultural bonds or 40,000 million investment.

Timeline of tough negotiations and pressure from ERC

One more time, the support of government partners has been key in this process, but the negotiation has not been free and the support of some formations such as ERC you have sweated more than others. Specifically, Republicans acknowledged that they were just a few minutes the deadline expired to present an amendment to the whole in Congress, where they finally gave their key support, along with that of the PNV and EH-Bildu, to public accounts.

His ‘yes’ was thanks to agreement with the Government to include that 6% of Catalan and co-official languages ​​in the Audiovisual Law. But the subsequent warning from the Executive that the measure could not be applied to international platforms such as Netflix, given European guidelines twisted the negotiation and put the Budgets in check again. Republicans threatened to topple them in the Senate, but they did not do so after a subsequent agreement in which that stumbling block was solved. Where there were no obstacles in the negotiation was for other issues, such as the transfer of the management of the Minimum Vital Income.

“Rufián warns: “They may be his last budgets at the head of La Moncloa“

In this Tuesday’s debate, your parliamentary leader, Gabriel Rufián, has reproached the PP for the “papery”: “What are we doing here? We have an opposition and a regrettable right because you don’t do politics, they do the troll”. But he has also warned the Government: “We know that they will probably be a PGE for two years. But with so much balance Perhaps it is not only the last budgets of the legislature but of you in Moncloa. The alternative is terrible, so stop balancing so much. ” And he has urged them to negotiate the labor reform with the groups, also reproaching them for not doing so with ERC.

The PNV also managed to transfer this income to the Basque Country, more investments for the region or the Executive’s commitment to improve the economic benefit for the care of minors affected by cancer. Your spokesperson, Aitor Esteban, said he was “satisfied” with the negotiation and with the agreements reached with the Executive. As an anecdote, he has commented that Eh-Bildu has voted against the Compromís amendment while the PP has done so in favor and has recognized that it has been bet with Ferrán Bel (PdeCat) that the Popular Party would change the vote regarding said amendment in Congress.

Eh Bildu, for its part, removed from the Government its commitment to the “social shield” approved to protect the most vulnerable from the pandemic were “Permanent by law”, such as the suspension of the evictions of vulnerable homes without a housing alternative. However, statements by the general coordinator of the national training, Arnaldo Otegi, made the controversy and it was worth the criticism of the center-right parties to the Government: “If to remove the 200 prisoners we have to vote the budgets, well we vote “. Pedro Sánchez himself categorically rejected this possibility.

In this Tuesday’s debate, the nationalist spokesperson, Mertxe Aizpurua, has also referred to the “innocent” of the PP when voting in favor of the Compromís amendment to “try to score a goal” to the Executive: “They are a true reflection of the inability to understand the value of one’s own languages and irresponsibility in the midst of the pandemic ”. Too has called the Executive to negotiate the labor reform despite the CEOE’s warnings, which ask not to change a single comma: “We need to dialogue.”

And throughout the entire process, PP, Vox and Ciudadanos have been reiterating their criticism to the Executive, some very similar. One of the most repeated is that of “cessions” of the Executive to nationalist and independence parties to “stay” in La Moncloa, and especially to EH-Bildu. And the debate ignited after Otegi’s words, when PP and Vox, mainly, focused on exhibiting the link between EH-Bildu and ETA and made mention of the victims of terrorism, which led the socialist deputy Edón Elorza to blurt them out: “ETA is not here! There are no terrorists here, there are Francoists here”. Words that once again provoked harsh criticism among these parties.

But also, another widespread reproach among PP, Vox and Cs is that the accounts are a “spending festival” that are based on some “false forecasts” in economic matters and that “fry to taxes” to the middle classes. Some Budgets, in short, that “they are born dead”they have said on multiple occasions.

Vox and Cs reproach the strategy to the PP, which charges against a PSOE in “decline”

Mario Garcés (PP), has charged against the “Moral and political decline” of the PSOE , “Which will be heard in all the languages ​​recognized in the Constitution.” And his support for the Compromís amendment has been defended: “We are not in favor of linguistic imposition, but neither are we in favor of reductionism”. And he has criticized that the “applause” of the Government bench for the Budgets reflects “the model of making leader cult policy, that has finished with the best socialist bitterness ”. A policy, he said, “of the slogans, the intolerant hypocrisy of a party that begins to praise the lie and the truth disgusts him ”(in reference to Vice President Nadia Calviño). Too has loaded with the pact with EH-Bildu for leaving behind, he said, the victims of terrorism.

Iván Espinosa de los Monteros (Vox), has begun his intervention by charging against the new imposition of the mandatory mask outdoors, has returned to criticize some budgets of “ruin” and, in particularr, to the PP, which has “joined” the nationalist and independence parties, he said, “to vote in favor of the linguistic bars”. He has come to say that in Galicia, after “decades of the PP Government”, “it is no longer possible to educate a child in Spanish”. Finally, he has criticized the prison policy of the Minister of the Interior, Fernando Grande-Marlaska, from approach of ETA prisoners to the Basque country and transfer of jurisdiction over prisons, which has linked to the support of Eh-Bildu. “They are betraying many dead.”

Citizens, for his part, has focused his speech on charging against the PP after the breakdown of the government of Castilla y León and has referred to the movement of the ‘popular’ in the Senate: “They are slaves to maneuvering and stabbing”.