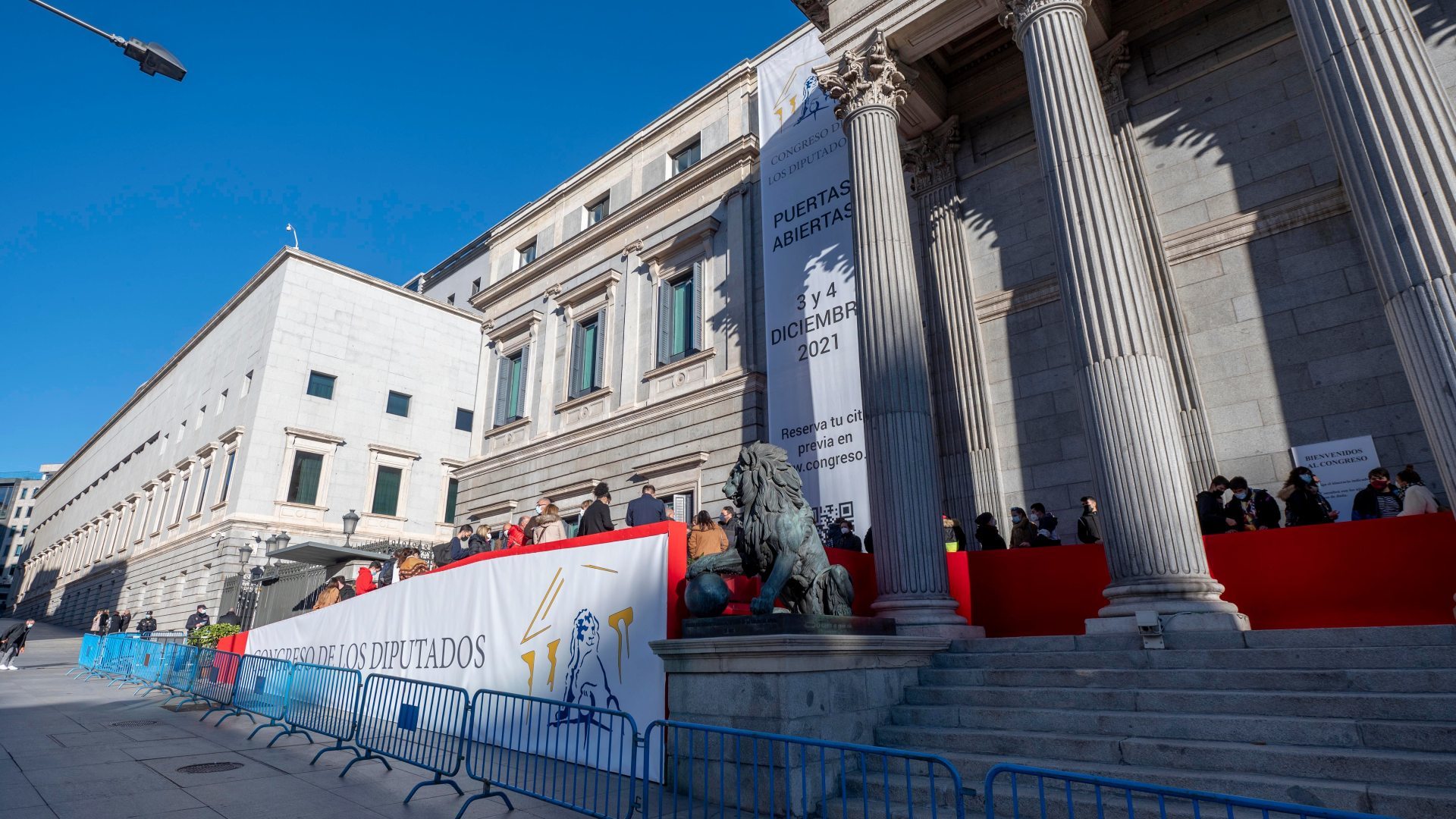 The Congress of Deputies welcomes this Monday the commemoration of 43rd anniversary of the Spanish Constitution, an act that, as happened last year, will be held without public and in the immediate vicinity of the steps of the Puerta de los Leones because of the evolution of the pandemic of coronavirus.

The presence of the President of the Senate was also expected, Ander Gil, who has suspended his schedule after test positive last Thursday.

On both sides of the staircase will also be the members of the Congress and Senate Tables and the spokespersons for the parliamentary groups of both Houses, as well as the ministers.

Also invited to the event are representatives of institutions such as the Ombudsman, the Court of Accounts, the State Attorney General’s Office and the Council of State, the presidents of the autonomous communities and cities and the mayor of Madrid, Jose Luis Martinez Almeida.

Reunion of Casado and Ayuso

See also  Ukraine-Russia: One in three in Ukraine with chronic illness such as cancer cannot get medicine or treatment

The leaders of the majority opposition parties, deputies and senators, former presidents of the Government and of Congress and the Senate, and constitutional speakers are other authorities who will attend the commemoration ceremony. The leader of the PP, Pablo Casado, will also be as well as the president of Ciudadanos, Ines Arimadas.

Despite having been invited, Esquerra Republicana (ERC), the PNV and EH-Bildu, habitual parliamentary partners of the Government of the PSOE and United We Can, will not attend the official reception this year, as they will not Together, the PDeCaT, the CUP, Compromís or the Bloque Nacionalista Galego (BNG), sources from these parties have confirmed.

On Sunday, seven of these nationalist parties – the signatories of Lotja’s declaration– They published a letter in which they denounced that the Constitution “has become an instrument to violate basic democratic rights.”

Isabel Díaz Ayuso and Pablo Casado will meet again for the second time in a week after their meeting during the presentation of the former president’s book Mariano Rajoy. The reunion between the president of the Community of Madrid and the leader of the opposition will attract attention due to the internal conflict over control of the party in Madrid, which remains entrenched.

The event will also be representatives of employers and unions and civil society.

The 43rd anniversary of the Constitution comes at a time when the possibility of its reform has disappeared from the agenda of the parties. Even the specific retouch planned by the Government to correct the treatment of disability has run aground in Congress without the necessary support to move forward, since the 210 votes that are needed for its approval are not guaranteed.

The PP and Vox presented a totality amendment claiming that there is no adequate political climate to open the debate of the constitutional reform and warning of the possibility that in its processing, given the weakness of the Government, other foreign matters could be introduced.

President Pedro Sánchez intends to take advantage of the anniversary of the Constitution to reinvigorate this modification of article 49, encouraging the PP to join, but the Government assumes that at the current juncture it can not try more changes in the Magna Carta.

This same Sunday, in an interview in The vanguard, the secretary general of the PP, Teodoro Garcia EgeaHe assured that right now it is “very difficult” to reform the Constitution “with Sánchez’s traveling companions.”