Skip to content
Home News # ConexionGallego: “To always put Casemiro, Kroos and Modric there was no need for Zidane to leave” | sports 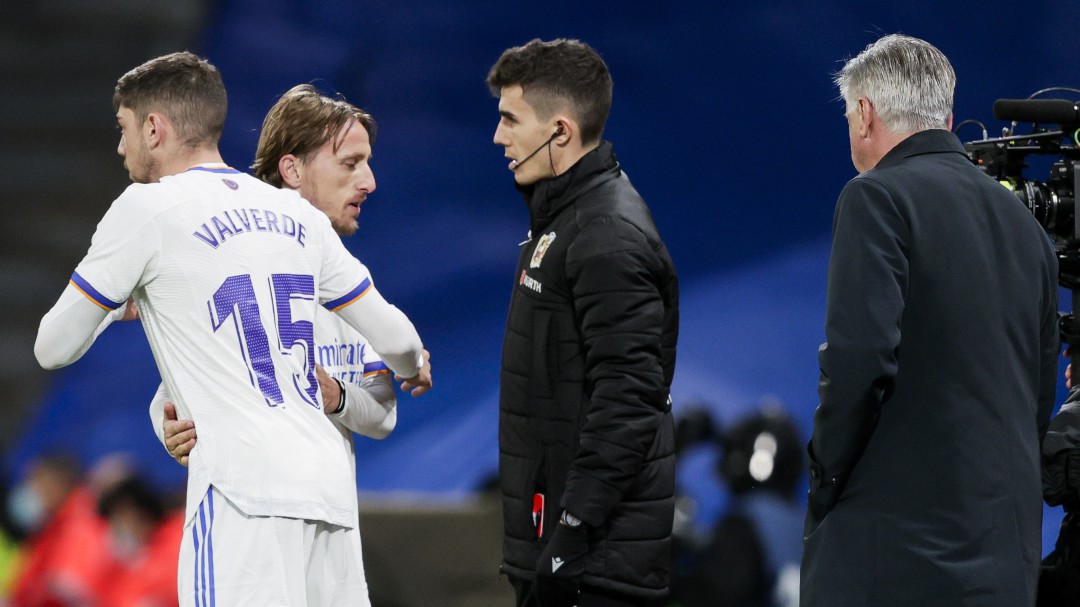 Real Madrid is even more leader after beating Athletic Club. Although it is excellent news for the club from the capital, the image offered was very poor, causing the victory to come miraculously due to the fatigue of the players due to the lack of rotations. Meanwhile, the day of Copa del Rey continues with its many stories of modest clubs.

All this and much more was reviewed in # ConexionGallego, the program directed by Jesús Gallego on the Carrusel Deportivo Twitch channel.

The lack of rotations penalizes Madrid

“They warned those of the Ahtletic that Casemiro and Modric do not arrive. The others also notice. If Ancelotti does not make changes, it could have a bad time, “added Antón Meana, the guest to discuss this issue. Meanwhile, Javier Herráez, the other guest journalist, thinks that Ancelotti will make” few rotations “against Real Sociedad.

One of the midfielders who has disappeared from Ancelotti’s plans is Isco, who after his row in Granada has stopped counting for the coach. “It seems to me that comparing Bale’s professionalism with Isco’s … I’ll stick with Bale,” said Meana. Despite his bad moment, Herráez still has hope with the Malaga player, aware of his enormous talent. “If you are going to judge him or kill him for what happened in the gang against Granada … I would not do it, “the journalist commented.

See also  Boy, 7, died after collapsing in class as he packed up at end of first lesson of day

The hangover of the Ballon d’Or

Messi’s Ballon d’Or continues to raise blisters in world football due to its controversy. “Messi won the Ballon d’Or and as many people say, whenever he wins it it has to seem fair to you”, commented Jesús Gallego. His form does not convince the director of the program, since he considers that “se passes from the Ballon d’Or to the Lead Messi “, linking with the criticism in the press of his slowness at the start of this season.

The positive face of the gala starred her Alexia Putellas, the first Spanish to win the Ballon d’Or, the second award for national football after Luis Suárez Miramoearlier in 1961. “The Alexia Putellas award is a general award to the world of women’s football in Spain,” Gallego analyzed.

As it happened a few years ago, the coach of the modest Madrid club spoke on # ConexionGallego minutes before the decisive Cup match against Osasuna.

‼ ️💥 He answers us 20 minutes before his Copa del Rey match against Osasuna. Like old times!

🗣️ “It doesn’t put the starting team, but the line-up is scary” pic.twitter.com/uQpHQEPK3N