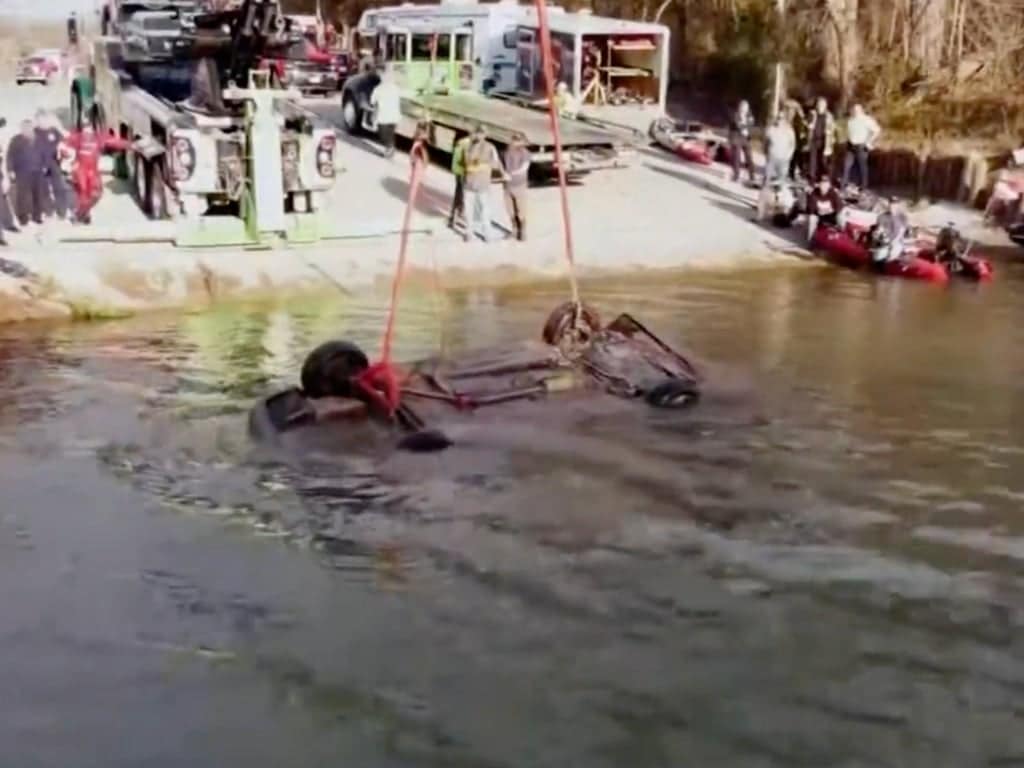 Volunteer divers say they have likely found the remains of a Pennsylvania father who went missing in December 2003.

Police have confirmed that human remains have been found inside a vehicle with a license plate that matches a missing person file from nearly 20 years ago.

Adventures With Purpose, a group of volunteer divers who help solve cold cases, said they performed the search in extreme conditions.

The body was discovered in the submerged vehicle on Saturday near the Ridley Township Marina, southwest of Philadelphia.

Adventures With Purpose say that the family of James Amabile believe that it’s his body that has been found. According to the family, Mr Amabile disappeared more than 18 years ago after calling a babysitter to say that he was late to pick up his daughters from him.

“We believe and the family believes that we have definitely closed this case for them,” Mr Bishop said. “Like I said, the medical examiner is going to have to do an exact identification before we can say for sure we have found Jimmy. He was known as Jimmy. His family of him is very, extremely grateful. ”

“We were able to ascertain that Mr Amabile left his residence in the late afternoon of 12/4/2003 after oversleeping and rushing out to pick up his two daughters (ages five and eight) from the babysitter,” the group wrote in the description of their YouTube video about the case. “Mr Amabile called the babysitter stating that he would be there within five minutes. Mr Amabile never arrived and was never seen again. “

Ridley Township police have confirmed that the license plate on the recovered vehicle is a match. New underwater sonar technology was used to locate the vehicle near highway I-95.

“After searching several waterways, our investigation took us to Stingers waterfront where 18 years later we were able to utilize technology not available at the time of his disappearance, to uncover a submerged vehicle in Darby creek 200 yards away, 24 feet beneath the surface, ” the group said.

Divers recovered the remains on Sunday. Mr Bishop said construction workers had unknowingly drilled a pylon through the car at the bottom of the water as they were building a dock.

“When we discovered that vehicle, there was a pylon that had been drilled right through the front end of this vehicle. I had never seen anything like this, completely blew my mind,” Mr Bishop said.

Adventures With Purpose said they have helped solved 28 cold cases.

“At this moment, we want to take a moment to express our sympathies to the entire Amabile family as they navigate this tragic outcome to a nightmare that has lasted 18 years,” the group wrote in the description of their YouTube video on the case.

They added that they are working on two other cases in the area, one in Cape May and one in Philadelphia.

Adventures With Purpose has more than 2 million YouTube subscribers.

The group discovered three vehicles in the Brazos River in Texas in January. One of the cars was driven by a woman who has been missing for more than four years.