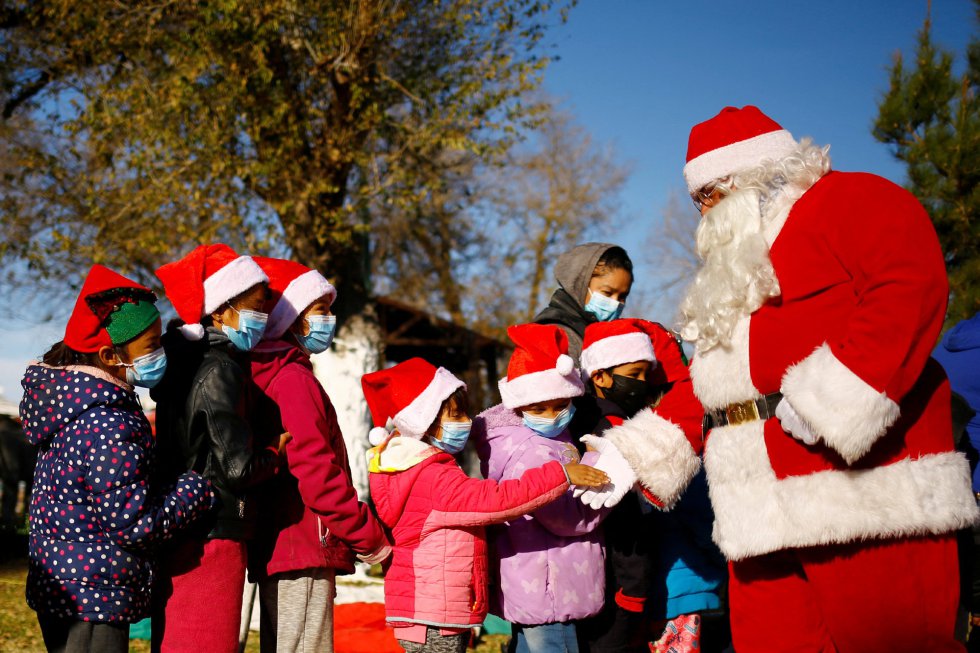 I think of Christmas and its world of gifts that come and go between houses and families and friends and I imagine a world where at this time we only focus on compassion. After a year of seeing migrants die in the crossings, protests by the pain of inequality, so many deaths, countless, by a pandemic without resolution that now travels infecting without differences, I wonder how humanity has not turned to those most in need.

The headlines of the media are repeated like court edicts around the world where the most painful crimes appear, such as the abuse of minors raped by elders. Captures of criminals of all kinds that reproduce due to our inability to fill the spaces of an effective institutional framework, states of emergency due to trafficking and consumption of fentanyl in the United States, school massacres, murders among leaders of drug trafficking cartels in Mexico, brutality and persecution of Christian pastors in India, murdered social leaders and displaced populations in Colombia.

When I see a continent like the American one dyed red, many reflections arise. The triumphs in Chile of Gabriel Boric or as was the case months before Pedro Castillo in Peru are supported by a protest vote of citizens who do not even measure the consequences of those systems that end up deepening social gaps as in Venezuela. I wonder if in Colombia indifference will not end up favoring the same options in the next presidential elections in May 2022. Or others to the extreme opposite, as was the case of Donald Trump in the United States. What is at the bottom is exhaustion. Citizen decisions respond to the same realities around the world.

We need a true spiritual ceremony that cleanses the world of so much ambition, that regulates in time the creation of parallel universes like those of Facebook, that we can inhabit a real planet, not a metaverse, where care is the north of our behavior. But there won’t be, not until those who have the most see what they have threatened.

From the pandemic we learned to take refuge and even to deepen the distances, not only those of biosecurity, the infected was always the other: the poor, the unemployed and especially those who do not share the same ideas. But now we are all. And that’s how it should always be, it should all of us, and the same thing happens to us. The difference is the access of each other to meet their needs and find solutions.

The economic reactivation is the news for hundreds of economies in the world. But it really won’t be if the distribution doesn’t change. The great debates of 2022 I feel that they will be the ones that force governments to approve universal basic income, to achieve labor, pension, education and health reforms within a global governance scenario.

It has been a revealing year in what has to do with looking at the other, that other who begs for alms when leaving the house, it has been a year in which letters replaced political speeches to reconcile us with the way in which beings We humans have been writing history. From literature, this is how Irene Vallejo made him feel on every page of his book; from science, so many who dedicated their days and minutes to research a virus and create a vaccine that, although it seems insufficient, allowed us moments of respite, from those who look at the universe in other ways, at the great cosmos to search for life when the one we know is at risk.

But above all it has been a year of an angry cry in the streets for compassion. And the response continues to be insufficient, of short-term measures to calm the protesters, of laws to protect the excess of force, of authoritarian exits and of populists picking up on the mistakes of those who impose them.

These few days of religious celebrations, and for those who end a year on December 31 to start a new one, could become a time of reflection, of forwarding each video that tells us about reality outside our physical and imaginary borders and to us make us ask and answer: what can each of us do for them.

For now sing a song that reminds me by its title that “I am no different.” And you are not a politician. And so if you don’t behave honestly, the streets will continue to fill with protest and anarchy will follow. We have already seen it and we will continue to see it. That the Boric and the Castillo do not feel calm. They will be charged even more rudely, because when someone believes and gives their vote of confidence, there is no after. There is a reaction to the betrayal threatening the best system we know to date: democracy.