Skip to content
Home News Column: Baseball harmed itself more than Bonds ever did 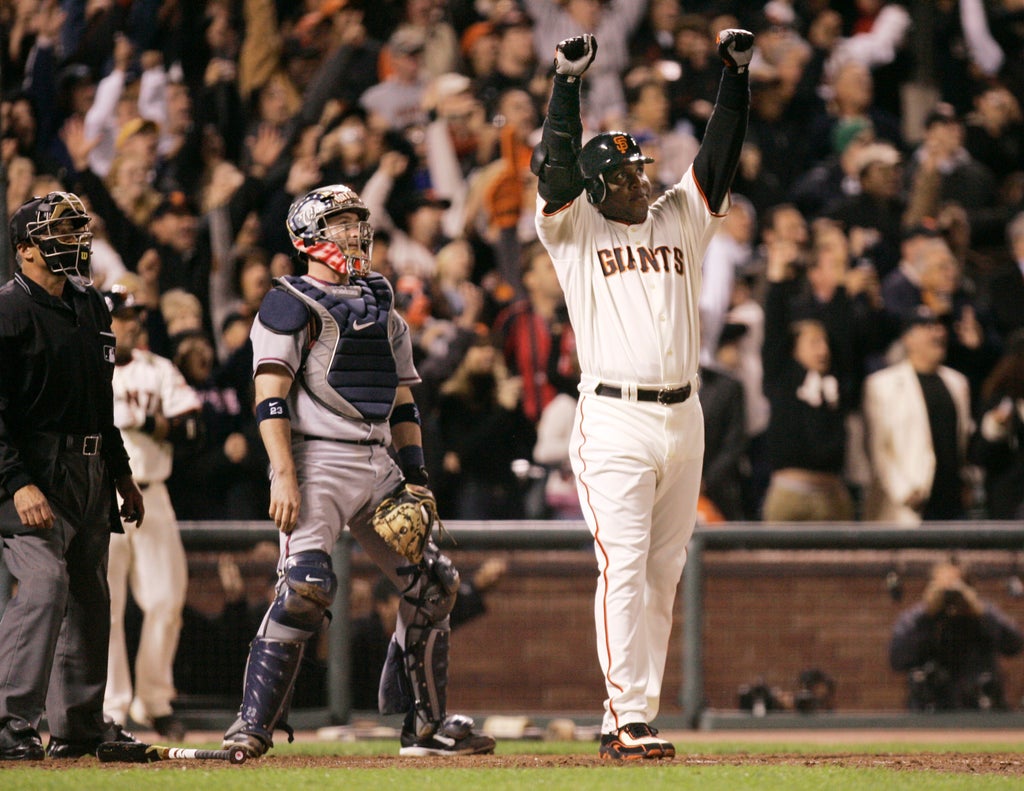 Whatever harm Barry Bonds did to baseball pales in comparison to the damage baseball inflicted on itself both at the time and since. So say what you will about the steroids era, at least the games were still worth watching.

You can’t say that about baseball today, assuming it’s even available on a TV set where you live. The sport’s popularity is buckling faster than the knees of a hitter fooled by Clayton Kershaw’s curveball. The national audience for last season’s World Series — roughly 12 million viewers — was less than half what it was barely two decades ago. A friend tried to put the best face on that vanishing act by saying baseball has become a “regional” game; that’s just another way of saying it’s on the road to becoming a niche sport.

If you drew up a list of things that would make baseball better tomorrow, reckoning with its past would be lucky to make it. Yet it might help explain how we got here.

Bonds and a few of his juiced fellow travelers — notably Roger Clemens and Sammy Sosa, whose eligibility on the writers’ ballot for the Hall of Fame ran out this year as well — put on a fireworks show that pulled the game out of a rut dug when owners canceled the remainder of the 1994 season after players went on strike. People on both sides of the labor-management divide got rich, which is why nobody bothered to ask where all the pyrotechnics came from.

In case you haven’t heard, we’re already eight weeks into another lockout and there are precious few signs it will be settled before the scheduled start of spring training on Feb. 16. Even if camps open by then, there isn’t nearly enough time—let alone will—to make improvements to the product on the field. And the game desperately needs overhauling.

Most pitchers only know how to throw two pitches anymore, fast and faster. Hitters have become a procession of strikeouts, interrupted by the occasional solo home run. No one bothers to run the bases anymore. If it looks like though players are simply standing around, that’s because most of them are.

“This is a game designed to be played by nine men, not two,” is how Theo Epstein, the boy-wonder former general manager who ended World Series championship droughts in both Boston and Chicago, said last summer.

Epstein is currently leading Major League Baseball’s latest effort to examine how and where the game could be tweaked to help lure back longtime fans and attract a new generation. The plan is to avoid the kind of short-term fix that steroids provided last time.

“No one is looking to reinvent the wheel here,” Epstein said in the same interview. “This is the greatest game in the world and we want to preserve the essence. A lot of this is restoring the game to the way it’s historically been played.”

Tradition was baseball’s strong suit for a century or so — until suddenly it wasn’t. Fans alienated by the truncated 1994 season and lost World Series that year stubbornly stayed away from ballparks upon baseball’s return. At least at first. But then, in short order, Bonds and Sosa and Mark McGwire began routinely launching baseballs where none had gone before and people flocked back to watch. Baseball didn’t just get its mojo back — remember the Nike ad, “Chicks dig the long ball”? — suddenly it was hip, too.

Now, of course, we know what fueled that rocket ship. There’s still no reliable number for how many players used performance-enhancing drugs, but Bonds and the rest of the inflatable sluggers so dominated the screen that nobody thought to look at the players in the background. For every slugger like Rafael Palmeiro who got busted while cashing in the big bucks, there were plenty more Ryan Franklins, then a 32-year-old journeyman reliever just trying to make one more paycheck.

No matter, the owners paid them all and looked the other way because they kept the turnstiles spinning. Drug testing with penalties for positive tests began in 2004 and though Bonds always beat them, three years later not a single team offered the 43-year-old slugger a contract even though he was still one of the best hitters in the game.

Around the same time, Michael Lewis’ book “Moneyball” detailed the growing analytics movement that ultimately made defensive shifts commonplace, and more strikeouts meant more pitches and longer games with even less action in between.

Restoring the game, if that’s even possible, would be a lengthy effort and there’s no guarantee it would resonate with younger fans.

“There’s a lot more consensus on the direction of where the game should go,” Epstein said about the results of a fan survey. “A lot more balls in play, a lot more athleticism, a lot more action.”

If MLB is serious, that effort will require a ton of investment and abandoning the kind of short-term thinking that got baseball in this month in the first place. The game’s power brokers should know by now that guys like Bonds, who turned the ship around, don’t come along very often.