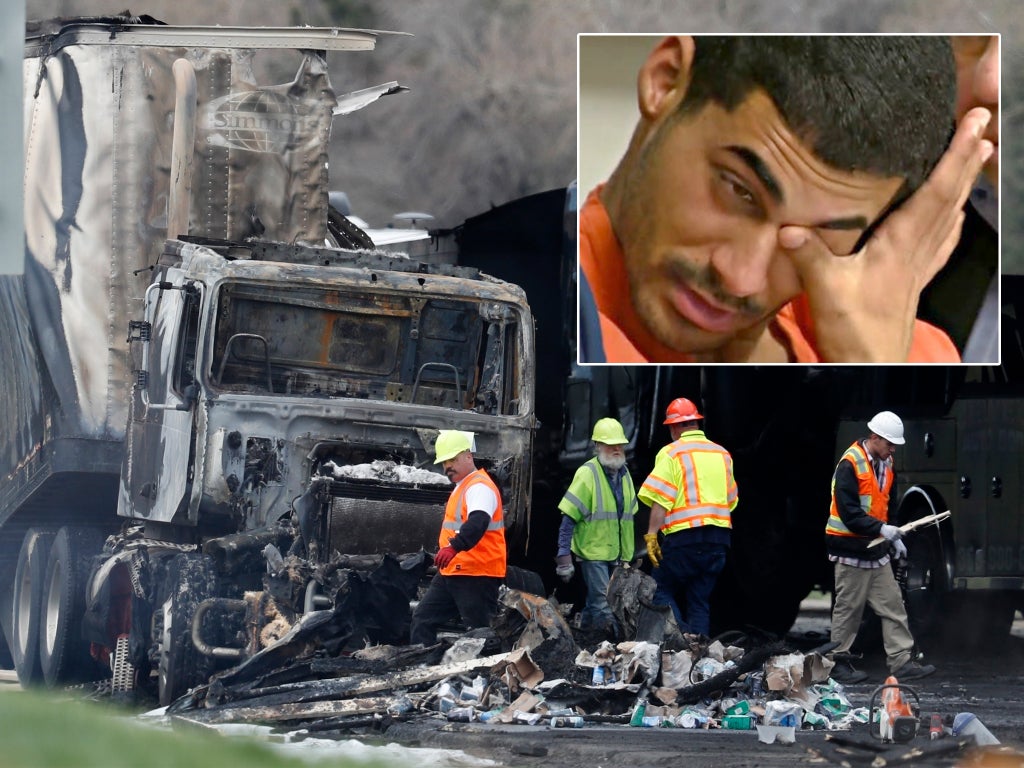 Colorado Governor Jared Polis faced bipartisan criticism after he stepped in to commute the sentence of a truck driver who killed four people in a fire accident in 2019 before a judge had a chance to rule. Critics said his actions could set a “troubling precedent.”

Fox News reports that Mr. Polis has commuted the sentence of Rogel Aguilera-Mederos, who was sentenced to 110 years in prison after being found guilty on 27 counts, including four for vehicular manslaughter.

The sentence sparked a backlash, particularly among truck drivers, who claimed the punishment did not fit their crime. Polis intervened and reduced the sentence to 10 years in prison.

Jefferson County District Attorney Alexis King said she would recommend that his sentence be reduced to 20 or 30 years in prison, according to KMGH-TV.

After Mr. Polis intervened, Boulder and Mesa County District Attorneys Michael Dougherty and Daniel Rubenstein wrote a letter to the Governor accusing him of potentially degrading the institutional stability of the state’s justice system.

“That sentence is far too low for someone who kills four people in the terribly reckless manner that Mr. Aguilera-Mederos chose to do so,” they wrote. “However, looking ahead, our greatest concern is that you chose to intervene in a pending case, thereby undermining the integrity and trust that Coloradans have in the justice system.”

According to prosecutors, the intervention of a governor in a pending case is unprecedented.

“Intervening before allowing the judge, who heard all the witnesses, saw all the evidence, and knew the case better than anyone else, to exercise his legal authority, was unprecedented, premature, and unwarranted,” they wrote.

Both agreed with the governor that the 110-year sentence was “too high.”

On Wednesday, Mr. Polis’ office released a statement defending his actions, calling the sentence “bizarre” and “undermining confidence in our criminal justice system.” Mr. Polis’ office said he used his authority to “step in and fix it.”

While there were calls for Mr. Aguilera-Mederos to receive a full pardon, the governor’s office felt that it was not warranted when considering the details of the case.

The accident occurred when the truck driver’s brakes failed and the 18-wheeler crashed into more than two dozen stopped vehicles. Four people died. The accident investigation revealed that the driver had tampered with his driving records, had noticed that his brakes were showing signs of malfunction, and that he had disabled the safety monitors in his truck. In addition, the driver apparently did nothing to warn other drivers that he had lost control of his vehicle.

“The individual is guilty and is serving his sentence,” Polis’ office said.

“Clearly, there was an urgency to remedy this ruling and restore confidence in the uniformity and fairness of our criminal justice system. Letting the punishment fit the crime is a basic tenet of justice, and Coloradans are relieved to know that the punishment now fits the crime in this case.”