Rebecca Christine Hopkins, known as Bex, was diagnosed with Acute lymphoblastic leukemia (ALL) in October 2020.

Since her shock diagnosis, Bex from Girvan has endured numerous rounds of intense chemotherapy and continues to receive oral chemo daily.

One thing that helped the 10-year-old get through her treatment was Cobra Kai on Netflix.

Bex started watching the show — a sequel to the original The Karate Kid movies — while in Glasgow’s Royal Hospital for Children.

Mum Claire said she became a huge fan, with it slowly becoming her dream to meet the cast.

The youngster had plenty to smile about on Wednesday evening after The Les Hoey Dreammaker Foundation, a charity which helps dreams come true for children with life limiting illnesses, arranged a video chat with 20-year-old Xolo, who plays Miguel Diaz in the hit series.

As well as getting mum Claire McKendry to propose on her behalf, Girvan Primary pupil Bex also spoke to him about ‘yucky’ haggis and of course Irn-Bru.

After the big proposal, Xolo, who is set to play superhero Blue Beatle in a new DC movie, asked what the legal age limit to marry in the UK was.

Xolo also said he would love to be Bex’s best friend, saying they could be a little ‘karate clan’.

Speaking about his upcoming trip to Scotland, Xolo asked, “what’s the food like there? Is it haggis? I know a little haggis.”

To which Bex quickly replied, “I don’t like it.”

Actor Jacob Bertrand, who plays Eli “Hawk” Moskowitz in the show, also made a surprise appearance on the Bex’s call.

Speaking after her chat, Bex told the Daily Record she was so happy.

She added: “It was amazing and so much fun. He was really nice to me. I smiled all the way through it.

“It was a dream come true.”

As well as the video call, Bex and Xolo had also send each other a video message to introduce themselves.

She said: “She’s on such a high. She’s speaking and smiling so much more than she has in such a long time. It’s amazing to see.”

Claire said Bex’s cancer diagnosis in 2020 came as a huge shock to the family.

During lockdown she noticed the color draining from her daughter’s body and quickly called her GP.

She said as soon as the doctor laid eyes on Bex he knew something wasn’t quite right and ordered blood work.

After numerous tests and scans, Claire was told Bex had ALL.

Reliving the moment she found out, she said: “I felt like my world had crumbled. Hearing what the doctors were saying was so overwhelming. I was heartbroken.”

Claire said Bex’s treatment is going as well as they could hope for.

She added: “She has to continue with treatment until 2023, but her latest scan was clear, which is amazing news.”

Angela Cooke, The Les Hoey Dreammaker Foundation Dream Coordinator said: “We are so Grateful to Xolo and his team for working together with our small charity to make this Dream come true for Rebecca.

“To see Rebecca so happy and excited is why our team work so hard to make these Brave children smile. 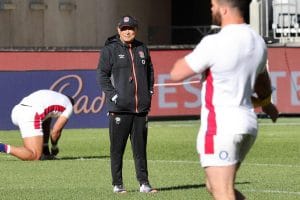 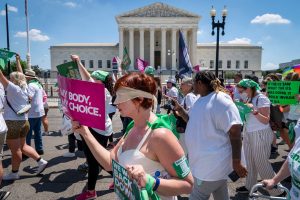