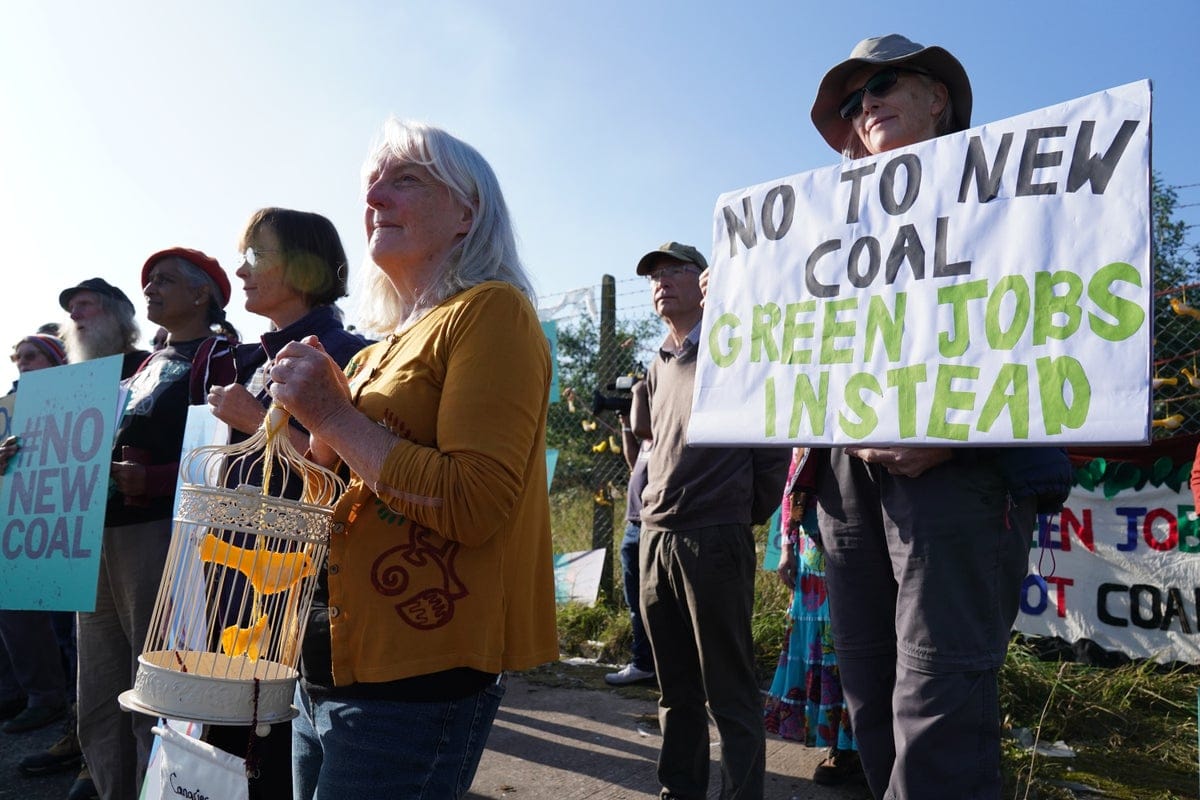 Three major energy decisions are due to be made this week that will play a significant role in setting the agenda on how the government is responding to the climate crisis, the cost of living crisis and changing energy demands.

Perhaps the most controversial is the plan to open the UK’s first deep coal mine in over 30 years. A decision on planning permission for the mine in Cumbria is expected imminently, and will come immediately after the government’s independent advisors on the climate – the climate change committee (CCC) – said the new mine is “utterly indefensible”.

The plan is to extract coking coal – used in blast furnaces during steel production – from beneath the Irish Sea, with 80 per cent of it being exported to other countries. The UK currently relies on Russia for around 50 per cent of its coking coal, but the UK and Europe are trying to move away from that dependency amid sanctions imposed because of the war in Ukraine.

Supporters of the proposed mine have said it will create up to 500 jobs, although there are concerns that this figure could be exaggerated.

Despite previously saying he was “not in favor of more coal”, Boris Johnson has indicated he could now be in favor of more coal, saying last month that “plainly it makes no sense to be importing coal, particularly for metallurgical purposes, when we have our own domestic resources.”

Lord Deben, chair of the CCC, said last week: “As far as the coal mine in Cumbria is concerned, let’s be absolutely clear, it is absolutely indefensible.”

Campaigners have also said the business case for the mine is weak as steel manufacturers are seeking to move away from polluting coal, so the size of the market for coking coal is diminishing.

In one county further south, in Lancashire, residents who once thought the specter of fracking had been banished for good, are now anxiously awaiting a decision on whether the government will lift its moratorium on the process.

Scientists at the British Geological Survey are due to complete a government-commissioned review of fracking which could allow drilling for shale gas to go ahead.

The evidence will be handed to Mr Johnson and business and energy secretary Kwasi Kwarteng who could act to allow drilling companies to begin work.

One of the main firms, Cuadrilla, which owns the Preston New Road site in Lancashire, where experimental fracking caused earthquakes, has put pressure on the government to lift the moratorium by offering payments for local communities which could be worth “hundreds of millions of pounds “.

Cuadrilla also claimed the industry could create 70,000 jobs in the UK.

But the case for fracking is flimsy – shale gas deposits in the UK are relatively tiny, and as Mr Kwarteng has admitted, as the gas would be sold on the open market, this small extra supply would do nothing to bring energy prices down.

However, fracking expansions will definitely release significant amounts of greenhouse gases including methane, which has more than 80 times the warming power of carbon dioxide over the first 20 years it spends in the atmosphere.

See also  Best restaurants in Manchester with views in the city

With the huge amounts of greenhouse gases they will release, both the mine and the return of fracking depend on the government disregarding its own climate targets.

The CCC has warned that existing progress on emissions is stalling and the country is not on track to reach its legally-binding 2050 net zero deadline.

It may seem then that a drive to build fossil-fuel-free nuclear power stations is exactly the solution to the energy conundrum. The government has said it wants to give the go-ahead to a new nuclear power project every year to 2030.

This week the government is set to decide on whether to give planning permission to the proposed Sizewell C nuclear power station in Suffolk.

Local campaigners have described the potential development as the “wrong project in the wrong place”, due to environmental concerns including the huge amount of seawater which would be pumped into the power station to be used for cooling. They also say it could impact numerous species, and they are concerned about the impact on the site, which is in an Area of ​​Outstanding Natural Beauty, surrounded by protected habitats including RSPB Minsmere.

There are also concerns about Suffolk’s fast-eroding coast, and the necessary flood defenses which would also have an environmental impact on the area.

Further controversy includes the fact that the project will cause energy bills to rise. The funding model used by the government guarantees payments to the developers throughout the building process, through raising energy bills. Research by the University of Greenwich business school indicates the average monthly cost could be £2.12 per household each month.

Experts have also warned that nuclear technology, which is expensive and slow to build, may not be the best solution to balance a power grid heavily dominated by the fluctuating levels of energy generated by the biggest future sources – wind and solar. Nuclear energy is best used continuously, but that will not be necessary in the future, and instead, cheaper and more adaptive energy sources would be a better means of making up shortfalls.

As the government ponders these decisions it is worth noting that experts have called for none of these projects and instead say the government’s best means of exiting Russian fossil fuels, tackling the climate crisis and reducing the impact of the cost of living crisis is to speed up the rollout of air-source heat pumps, support more renewable energy developments, and boost investment on insulation.