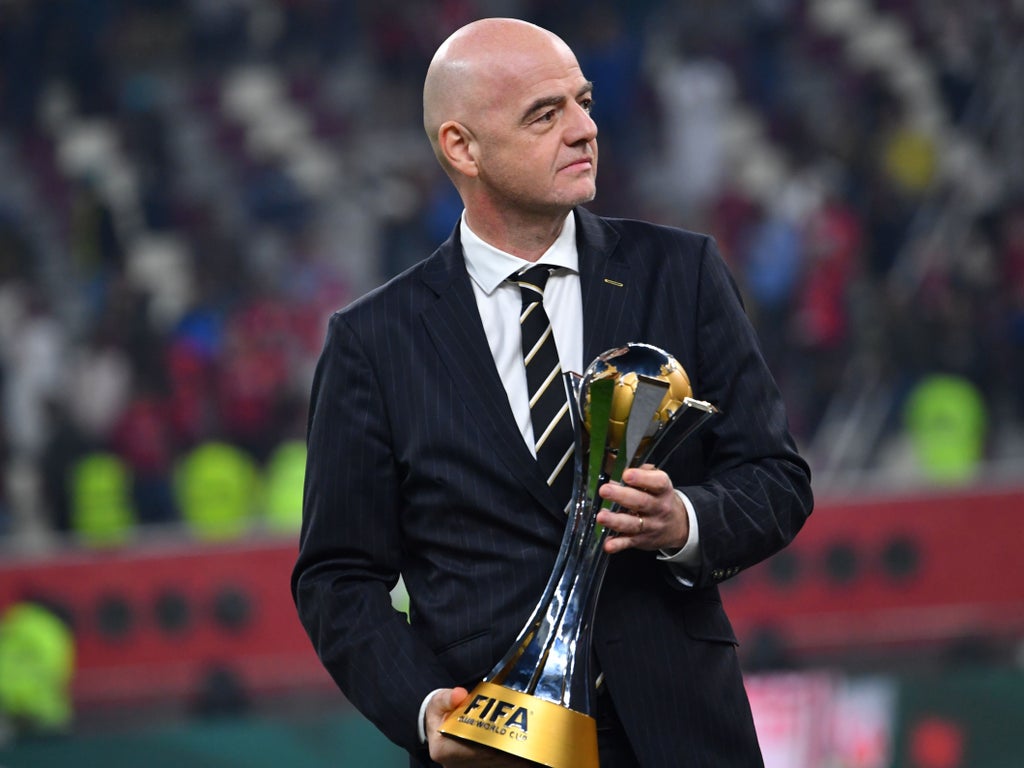 ORn the first day Chelsea arrived in Abu Dhabi, the club staff realized that something needed to be made clear to the players.

They sensed that the mood was too close to a pre-season tour. That was somewhat natural since their Ritz Carlton base is so opulent, and allows the players to almost walk from their rooms to the training ground for twice-daily sessions in the warming sun.

Thomas Tuchel’s coaches could forgive an atmosphere of relaxation, but they couldn’t let it take hold. Petr Cech told the squad of his huge regret at not winning the Club World Cup in 2012. Jorginho told them of the hurricane they’re going to face against Palmeiras.

“It is the opportunity for them to play against a team from Europe,” the Brazilian-born midfielder said. “That’s a big thing. They are going to come for us. We need to be prepared for that.”

The players have been made all too aware of its importance, to the point some staff members noted an “encouraging” anxiety in the semi-final win over Al Hilal. The club are all too aware of the competition’s wider significance, which goes way beyond even winning this year’s trophy.

The fact we don’t even know what form the next version will take, or where it will be held, sums that up. The Club World Cup may not inspire much interest in the UK, but it is utterly crucial to the future of the game.

There is both its literal geographic location, in Abu Dhabi, and its place in the sport itself amid a hugely fluid period as regards football’s politics and structure.

The fact this is the fifth time the emirate has hosted the Club World Cup is itself a symbolic illustration of its growing power. You only have to look at Manchester City’s dominance, and how Abu Dhabi ownership of the club has transformed the landscape of European football. Had Chelsea’s narrow 1-0 win in the Champions League final gone a slightly different way, this could have been a grand sort of homecoming. As it is, Abu Dhabi just looks like the new center of global football. A core of the game’s key figures are present.

The entire Middle East is described by many in the game as “Fifa heartland”, as made almost literal by president Gianni Infantino’s recent move to Doha – a mere 320km away – ahead of this year’s World Cup.

The bottom line is that this is still where FIFA’s main long-term funding comes from. This is why the Club World Cup is so relevant, and why it is conspicuous that the competition’s prize money has not yet been announced. Not even Chelsea sources could shed light on that.

If Infantino had his way, it would have been much larger, and this Club World Cup would have been very different. The grand plan was for it to be a 24-team event in China, funded by SoftBank, a Japanese conglomerate that has worked with Saudi Arabian investors. Saudi Arabia’s own new power in the game has been seen through the takeover of Newcastle United, as they follow their political allies in Abu Dhabi.

The staging of that Club World Cup could have been more ruinous to the wider game than the Super League – but could well have gone hand in hand with it as a qualification route. Several sources speak of constant contact between Infantino and Real Madrid president Florentino Perez, and ambitious talk of the top clubs receiving £150m in prize money. Even anything close to such figures would have obliterated the competitive balance of the game. It is why it is politically astute for Chelsea to take this seriously, before you even get to the putative importance of the trophy itself.

The pandemic put paid to that plan but also appears to have diluted China’s influence on the sport, as well as Fifa. Numerous sources say the country just isn’t as prominent, as the decline in deals from the Chinese Super League would indicate. The big push to host the 2030 World Cup, which will be its landmark centenary, hasn’t yet come.

The Club World Cup lies in the middle of this, as well as so many layers of political intrigue. There had been an expectation within the game that Conmebol, the South American federation, would just be handed the 2030 World Cup for Uruguay and Argentina due to the romance of the former hosting the first tournament in 1930 and the latter reaching the final.

Many believe that it was when that didn’t happen, and Fifa appeared to be waiting for China, that Conmebol decided to side with Uefa in the ongoing stand-off over biennial World Cups. The South American federation’s president, Alejandro Dominguez, initially supported Fifa’s idea, as he told The Independent ahead of the 2018 Copa Libertadores final.

Now, as a great riposte to Fifa, Conmebol and Uefa have extended a Memorandum of Understanding. That will see a prestigious ‘Finalissima’ played between the champions of both continents, to take place in Wembley on 1 June, as well as the potential of future collaborations such as a 32-team Nations League.

It was widely seen within the game as an expert political play over the biennial World Cup, especially given Infantino’s insistence the idea could pass Congress tomorrow. The message to Fifa was: ‘you may have the votes, but we have the teams that make the money’.

The battle over the biennial World Cup is consequently considered a proxy for a much bigger war between Fifa and Uefa over the future of the club game.

Aleksander Ceferin and his hierarchy know that Infantino has seen the riches of the Champions League, and wants his own version – that expanded Club World Cup. Uefa are determined to block such plans.

As such, the biennial World Cup is really seen as a weapon to smash that. It is not simply about Fifa leverage. It is about Infantino showing investors that Fifa have more sources of revenue. That entire idea remains somewhat airy, though. Sources who have been in the room with Infantino in Abu Dhabi say he has repeatedly been pressed on plans for the biennial World Cup, and when there might be movement, but that he didn’t give concrete answers.

The global body ran a tender process for the Club World Cup at the end of 2019, just before the pandemic, but it wasn’t as successful as they’d have liked. They wanted partnerships worth £2bn, but couldn’t even get half that. Hence the ongoing importance of financial power bases like Abu Dhabi, and the growth of the current Club World Cup.

Fifa would of course insist their intentions are pure, and that all this is only about the growth of the game. Infantino, for his part, does have the usual ambitions of using the game to heal the world; to bridge differences. It is why those in the club game feel he actually has better working relationships with countries who want to “sportswash” because there is a perceived overlap in goals. Sources within governing bodies chuckle about Infantino’s love of the clasping handshake, that almost signals a sense of statesmanship.

There has been surprise that Fifa haven’t yet been as proactive with North America, given USA, Canada and Mexico are sharing the 2026 World Cup, and their primary interest right now is developing new or growing markets.

Even the five-federation Euro 2028 bid is seen in this context. While the FA and their partners know they won’t get the votes, the switch is being perceived as an indication most of their business will from now on be with Uefa rather than Fifa. That 2028 event is virtually certain to be a 32-team tournament, with qualifying condensed but the Nations League expanded so as to include South American countries. That would suit the latter, since it would be outside a World Cup cycle.

There is even speculation that any Spain-Portugal 2030 bid could involve high-profile fixtures such as the opening game taking place in Uruguay to recognize the romance of the centenary.

This is the political climate of the game right now. It all comes amid a battle over the club game, but was entirely set off by Fifa’s plans for an expanded Club World Cup.

A phantom tournament that doesn’t yet exist has caused chaos that could yet change the face of the game. Uefa are newly confident about their position, but there remains a wariness about the ambitions of the big clubs.

It puts a different spin on this weekend, which is about so much more than the trophy players like Cech missed out on in 2012.

There is much more going on behind the scenes. There is so much not yet clear, least of all to the players involved.