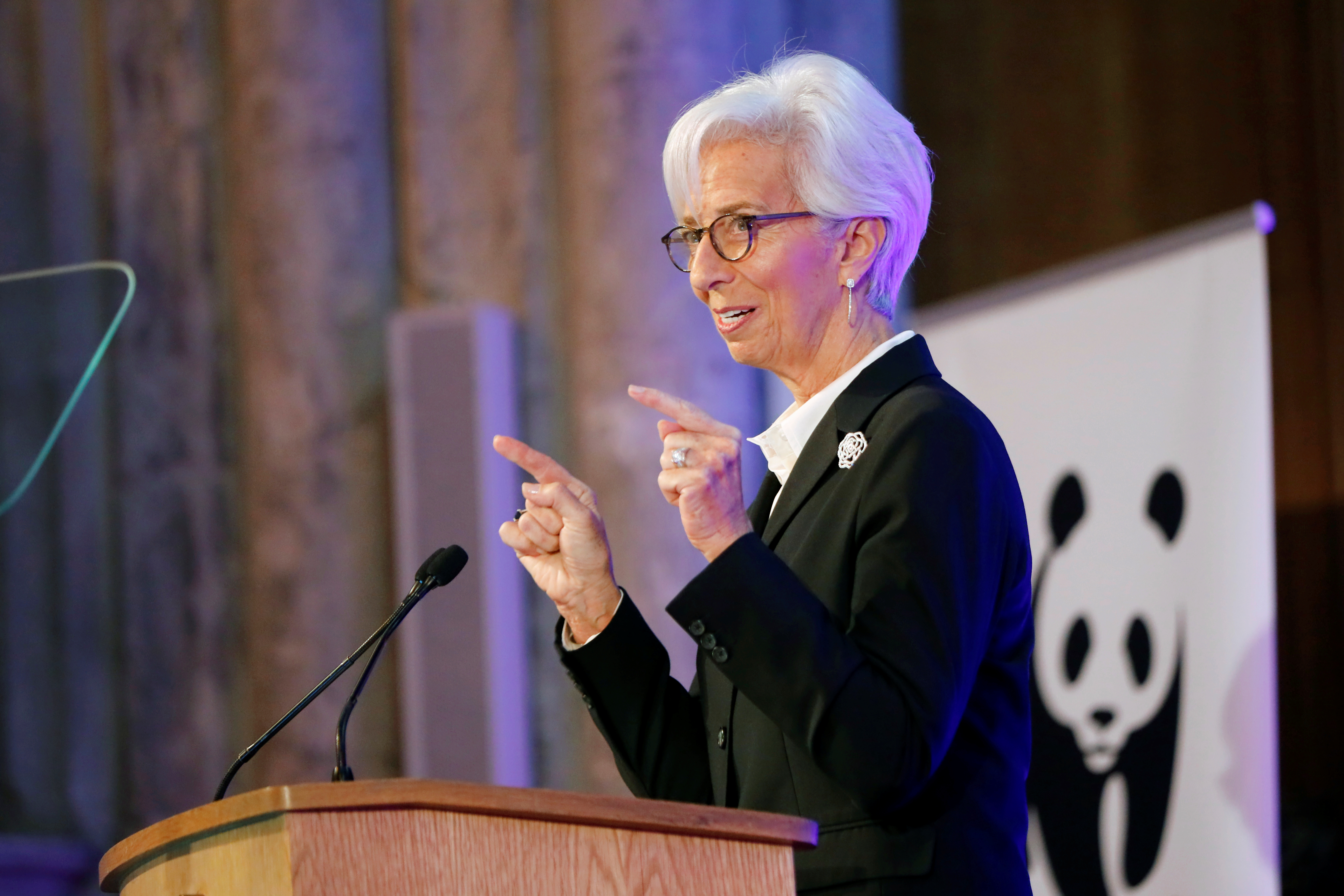 The financial sector is called to be a key player in curbing climate change. So much so that the European Central Bank (ECB) has taken the lead over the European Commission on several fronts. Overshadowed by the debate on the controversial green taxonomy, in whose proposal the Community Executive has chosen to include nuclear energy and natural gas, the ECB has spent months forcing entities to mobilize hundreds of billions to finance the ecological transformation of the companies to which they lend money. Frankfurt is several steps ahead of Brussels in this area.

Faced with the broad sleeves of the Commission, the ECB tries to force the banks to change patterns of behavior that have been entrenched for too many years. The turn arises on several fronts. First, pushing entities to limit credit in the medium term to companies that do not meet minimum standards for emissions and respect for the environment. Second, with stress tests led by the central bank to check how protected their investments are against the effects of global warming: floods, rises in sea level, radical increases in temperature or droughts.

These tests, which are similar to those that have been carried out for years to find out the resistance of entities to possible crises, are being carried out with a more prosaic objective than protecting the environment: to safeguard the bank’s own solvency and, therefore, the interests of the financial system and its shareholders.

Botín: “We are not the climate police”

The aforementioned climatic tests have caused concern and confusion in the financial sector. The president of Santander, Ana Botín, has been the one who has most clearly expressed the opinion that many bankers express in private about her role in the energy transition process. “Banks cannot be expected to be the climate police. All the authorities want to follow the same path, but they do it in a different way. And, for banks that operate in various regions of the world, it is very difficult to proceed. We need global principles to be able to better respond to the climate challenge, ”she dropped weeks ago in a public act. The experts consulted believe that the tests are important to influence the energy transition, although they also point out that they will not be definitive because we are at the beginning of the road.

See also  Spain travel warning as six beach rules could land holidaymakers with up to €3,000 fines

Santander, one of the largest banks in the single monetary area, with 1.6 trillion euros in assets, is veiled at the ECB, which has taken many cards in this matter. The exercise of the Eurobank, they say from the Spanish entity, is “relevant”. But, they stress that, “to date, neither the supervisors nor the banks still have the necessary data for the exercises and a good part of the information depends on that published by the companies as counterparties of the banks.” The problem is that “the methodologies are in the development phase, so they still have limitations”. “Both the supervisor and the entities face the tests, for the time being, as learning exercises, until the bases are more mature,” Santander sources argue.

The second Spanish bank, BBVA, abounds in this sensation of haste. “This is a complex process with very initial methodologies and limited data quality, so the results must be considered very preliminary.” And the third, CaixaBank, more diplomatic, limits itself to pointing out that the tests are “a key factor” for the ECB and considers them “a step forward to determine the degree of preparation of the entities and accelerate the adoption of new practices”.

For analysts, the new banking tests are important because they mean opening a new path. The head of the specialized consultancy Alvarez & Marsal, Fernando de la Mora, for Spain and Portugal, sums it up this way: “The tests are designed to encourage banks to develop a data infrastructure and climate risk methods that today are not exist”. The European supervisor, he maintains, “can influence to accelerate the climate transition and must be combined with coordinated actions with other regulators of insurance companies and investment services, as well as with the main governments and the companies affected, so that the energy transition is efficient. and effective”.

The underlying question is why the ECB —as a sort of battering ram for issuing institutes around the world— has broken into this ecological field. One more area that adds to its already extensive list of attributions: stability of prices and the financial system, supervision of entities and means of payment, employment —especially in the case of the US Federal Reserve— and, Now, put a stop to emissions.

“Central banks have a fundamental role in promoting an orderly transition across entities. At BBVA we are convinced of this, and it is perfectly aligned with our purpose”, they point out from the entity chaired by Carlos Torres. CaixaBank goes along the same lines: “Banks must play a key role in mobilizing the necessary financing to enable the transition to a low-carbon or net-zero emissions economy.”

Most of the experts consulted, however, deny the majority. “The ECB is not really promoting, nor should it be, specific bank actions in terms of financing or not some activities or others,” says Ángel Bergés, vice president of the AFI consultancy. “Their role should focus on measuring the risks that one or other actions entail, both for doing nothing (physical risks), and for doing it too quickly and uncontrollably. [riesgos de transición]”.

Banks have two levers to help curb climate change: finance green companies (and boost their activity) or boost their polluting customers with loans to stop being so. CaixaBank points out that the two functions “are going to be necessary” and that the entity is on both sides of the board. The second Spanish bank, BBVA, fully agrees with its competitor. And he points out: “We must accompany the entire economy in this transition.”

De la Mora offers a dimension of the magnitude of the challenge: according to calculations handled by different analysis houses, companies will need between 1.7 and 2.1 billion euros per year (an amount similar to Italy’s GDP) of financing each year. This, says the analyst, “generates an opportunity to access business growth of between 10% and 15% per additional year for banking in the world.”

Among the most frequent criticisms of the financial sector are those who say that the banks would not have moved so much in this field if it were not for the fact that they are being pushed by supervisors and authorities. Also, from environmental sectors, it is blamed that there is a certain image washing because they have maintained, for decades, a large part of the “brown” (polluting) credit portfolio. The entities deny it and the experts do not doubt that they are aware and pushed to change.

Bergés considers that the ECB has gone ahead of the Commission, but that Frankfurt depends on the development of community rules to carry out its work. And remember that it has been Brussels that has included in its green taxonomy, the system that classifies economic activities, not only activities that are ecological today, “but others that are not, and make efforts to accommodate their processes to a much more sustainable framework” . This expert believes that banks will be important in this process, “but the asset management industry will be even more so, which can take much more proactive stances in the companies in which it invests.”

The person in charge of Alvarez&Marsal justifies the advancement of the supervisor “because he has more independence and flexibility” than the Community Executive. De la Mora highlights that there is an alignment of interests between investors, shareholders, bondholders and supervisors that push entities towards green investment “as has rarely happened”, which he considers “a good start”. But he also adds other key factors for this move to be effective. On the one hand, that China and the US move forward on the same path. On the other, that companies take on the challenges in person. “A large number of sectors will undergo a process of radical transformation and many ways of living will change radically; now comes the moment of execution for all”, she concludes.