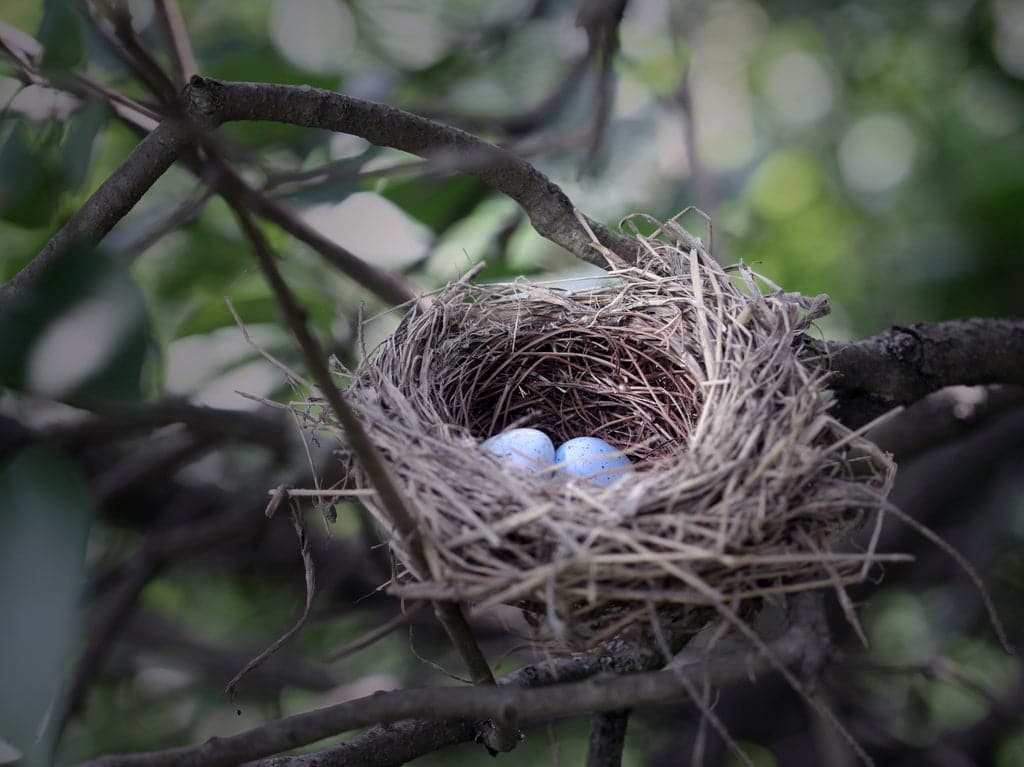 The worsening climate crisis is causing birds to lay their eggs up to a whole month earlier than they did just 100 years ago, scientists have found.

Bird species nesting in northern parts of the US have moved their egg-laying up by an average of 25 days, according to a study using eggs gathered by collectors over the last century, along with the detailed notes, including exact dates they were taken.

The research team said that as far as they can tell, “the culprit in this shift is climate change.”

“Egg collections are such a fascinating tool for us to learn about bird ecology over time,” said John Bates, curator of birds at Chicago’s Field Museum and the study’s lead author.

“I love the fact that this paper combines these older and modern datasets to look at these trends over about 120 years and help answer really critical questions about how climate change is affecting birds.”

But why is the climate crisis causing birds to lay earlier than before?

The research team focused on exactly how the climate crisis had impacted temperatures in the area. They found that though the changes have been “seemingly small”, at just a few degrees, these changes have been sufficient to mean that the timings of different plants blooming and insects emerging have changed, which are things that could affect the food available for birds. .

“The majority of the birds we looked at eat insects, and insects’ seasonal behavior is also affected by climate,” said Dr Bates.

“The birds have to move their egg-laying dates to adapt.”

The researchers said gathering the data was no easy task for either the egg-laying dates or finding local temperature records.

The Field Museum’s egg collection, like most others, apparently drops off after the 1920s when egg-collecting went out of fashion, both for amateur hobbyists and scientists, the team said.

As a result, the team relied on data sets from research into songbirds beginning much later.

“Finding nests and following their fate to success or failure is extremely time-consuming and challenging,” said Chris Whelan, an evolutionary ecologist at the University of Illinois at Chicago, who contributed the modern data set.

“We learned to recognize what I called ‘nesty’ behaviour. This includes gathering nest material, like twigs, grass, roots, or bark, depending upon bird species, or capturing food like caterpillars but not consuming the food item – this likely indicates a parent is foraging to gather food for nestlings.”

Professor Whelan and his team used mirrors mounted on long poles to peer into high-up nests and kept close track of the dates when eggs were laid and hatched.

The research team therefore built models for analyzing the data that allowed them to address the gap in the middle of the 20th century, as well as the differences in sampling between early egg collectors and the later studies.

The analyzes showed a surprising trend: among the 72 species for which historical and modern data were available in the Chicagoland region, about a third have been nesting earlier and earlier. Among the birds whose nesting habits changed, they were laying their first eggs 25.1 days earlier than they were a hundred years ago.

The research team said that without a long term dataset of accurate historical temperature records, they instead turned to records of carbon dioxide concentrations in the air as a proxy.

They said the carbon dioxide data came from a variety of sources, including the chemical composition of ice cores from glaciers.

The amount of carbon dioxide in the atmosphere over time neatly maps onto larger temperature trends, and the researchers found that it also correlated with the changes in egg-laying dates.

“Global climate change has not been linear over this nearly 150-year period, and therefore species may not have advanced their lay date in non-linearly as well, said Mason Fidino, a quantitative ecologist at Chicago’s Lincoln Park Zoo.

“Therefore, we included both linear and non-linear trends within our model.

“We found that the simulated data was very similar to the observed data, which indicated that our model did a decent job.”

The research is published in the Journal of Animal Ecology.