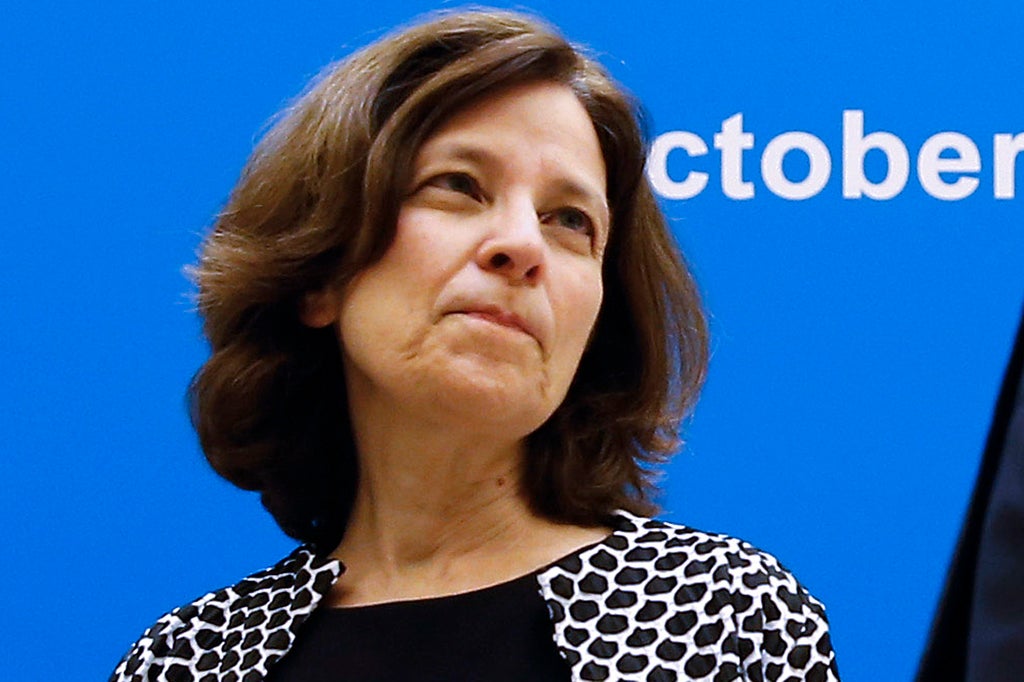 How far the Federal Reserve can go to compel banks to consider the consequences of climate change in their lending policies could take center stage at a Senate hearing Thursday on the nominations of Sarah Bloom Raskin and two economists to the Fed’s influential Board of Governors.

The Fed is already moving toward analyzing the risks that banks face from rising temperatures and changing weather patterns. What many in the oil and gas industry fear is something more far-reaching: That the Fed may eventually take steps to discourage banks from lending to energy companies — what they say would be an unprecedented move to disadvantage a specific industry.

A host of trade associations and business groups have written to the Senate Banking Committee in advance of the hearing, expressing concern about the nomination of Bloom Raskin to be the Fed’s vice chair of supervision, the board member who leads its regulation of banks. Bloom Raskin has been outspoken in her belief that climate change poses risks to the economy and the financial system and that regulators should factor those risks into their oversight.

For now, most of the groups have stopped short of opposing her nomination. The Chamber of Commerce, in a letter to the committee last week, urged the senators to simply “raise several important issues” during the hearing.

“I don’t see her positions as being radical or out of the mainstream,” said Cam Fine, a former lobbyist for small banks.

Bloom Raskin, who previously served on the Fed’s seven-member board from 2010 to 2014, was subsequently chosen by President Barack Obama to serve as a deputy Treasury secretary.

On Thursday, the Senate committee will also consider the nominations of Lisa Cook, an economics professor at Michigan State and a former staffer in the Obama White House, and Philip Jefferson, an economist and dean at Davidson College. Cook would be the first Black woman to serve on the Fed’s board. Jefferson would be the fourth black man in the Fed’s 108-year history.

Raskin’s opponents have zeroed in on comments she has made suggesting that regulators should discourage banks from lending to oil and gas companies. Two years ago, in an opinion column in the New York Times, Raskin called oil and gas a “dying” industry. She went on to criticize the Fed’s willingness to support lending to fossil fuel companies in its efforts to bolster the financial sector in the depths of the pandemic recession.

And at a conference last year, Bloom Raskin suggested that financial regulators should support “a rapid, orderly and just transition away from high emission assets.”

Despite opposition from Republicans, most observers say she will likely be confirmed by the full Senate, which could vote as early as this month.

On Monday, 13 trade associations wrote to Sen. Sherrod Brown the Ohio Democrat who leads the Banking Committee, to “express our concerns” with Bloom Raskin’s views on climate change.

“Ms. Bloom Raskin’s statements suggesting financial regulations should be used as an instrument to direct climate change policy will only raise energy costs and make America more dependent on foreign sources of energy,” said Liz Bowman, a spokeswoman for the American Exploration and Production Council, which spearheaded the letter.

Sen. Pat Toomey of Pennsylvania, the senior Republican on the committee, echoed these concerns in a letter to Biden in which he asserted that Raskin “has also advocated for the Federal Reserve to pressure banks into choking off credit to traditional energy companies.”

A White House official, who insisted on anonymity to discuss the administration’s views, disputed Toomey’s characterization and said Bloom Raskin is “firmly opposed to the Federal Reserve allocating credit by sector or choking off sectors from access to credit.”

The rising profile of climate change as an issue for the Fed to consider reflects the growing pressure on the central bank to address issues that traditionally have been outside its purview of keeping unemployment low and prices stable. Powell has increasingly embraced the shift.

At his confirmation hearing in January, Powell said, “Our role on climate change is a limited one but it is an important one, and it is to assure that the banking institutions that we regulate understand their risks and can manage them.”

Environmental advocates argue that climate change clearly fits in the Fed’s legal mandate to ensure the “safety and soundness” of the financial system. Banks could experience damaging losses on their loans to commercial and residential property from increased weather-related damage. And if businesses and consumers increasingly move away from fossil fuels, causing the price of oil and gas to fall, they argue that this could cause losses on loans to oil and gas drillers.

Early last year, the Fed became the last major central bank to join the Network for the Greening of the Financial System, an international group focused on global warming and financial regulation.

“This is a train that has been moving at the Fed for awhile,” said Sarah Dougherty, director of the NRDC’s Green Finance Center and a former staffer at the Federal Reserve Bank of Atlanta.

Lael Brainard, a Fed governor whom Biden has nominated to the central bank’s No. 2 post, said last fall that the Fed is considering conducting “climate scenario analysis,” which would involve modeling the impact of climate change on the financial system. Under questioning at her confirmation hearing last month, Brainard said that analyzing data was different from telling banks how they should lend.

“We don’t tell banks what sectors to lend to,” she said. “We just ask them to manage risk.”

Some who support Bloom Raskin’s nomination suggested that some critics may be refraining from public opposition to her nomination because they have calculated that an all-out fight might be a losing battle.

“The Fed is clearly headed in this direction one way or the other,” said Adam Jentleson, a former top Senate aide who is coordinating support for Biden’s three nominations. “What’s the point of picking a huge fight over this if you’re just going to get another nominee who may not have made the same statements on the record but has the same views?”