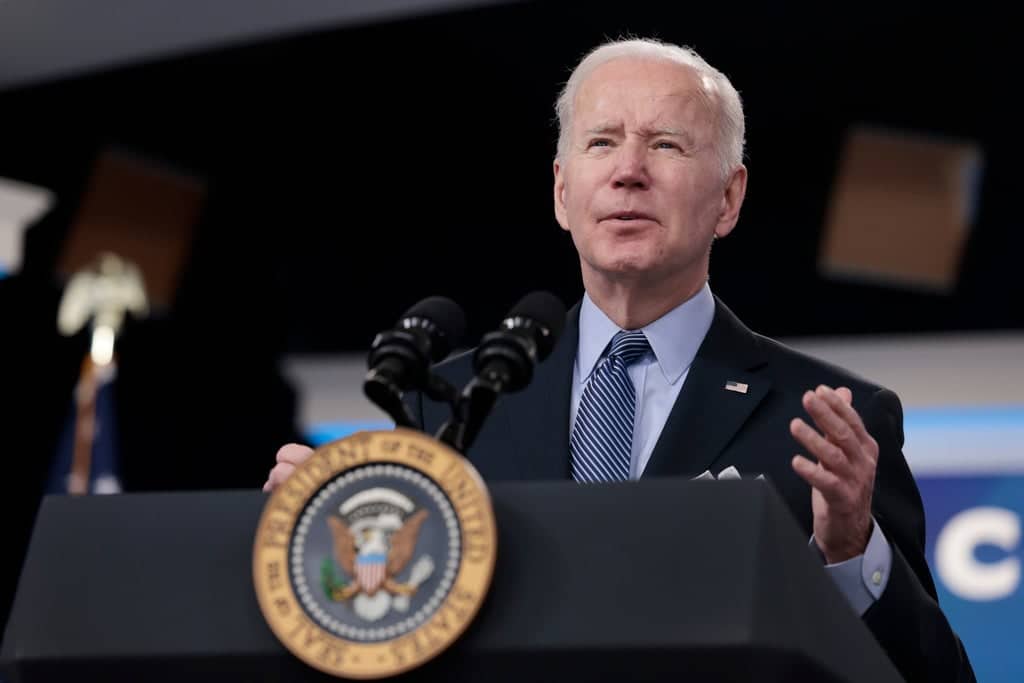 President Joe Biden’s plan to release one million barrels of oil each day from US strategic petroleum reserves over the next six months have been described as a “small bandage on a gaping wound” by climate groups, who condemned oil companies’ greed for amassing vast profits while consumers are subjected to soaring gas prices.

President Biden made the announcement on Thursday amid growing pressure on his administration to combat rising prices at the pump resulting from Russia’s bloody invasion of Ukraine and the drop in supply caused by US sanctions.

Crude oil on Wednesday traded at nearly $105 a barrel, up from about $60 a year ago. The high oil prices have not led oil companies to increase production, and instead the sector has focused on creating more profits for investors.

In a statement to The Independent Collin Rees, US Program Manager of advocacy group, Oil Change International, described the new releases from the strategic reserve as “a small bandage on a gaping wound”.

“The fossil fuel industry’s greed is hurting working people at the pump, and we should tax those windfall profits and give relief directly to families in need – not count on indirect signals and the market to help when immediate aid is needed,” he said.

“The solution must be a wartime mobilization to transform our energy system, not doubling down on a volatile fossil-fueled system driving the climate crisis, worsening conflict, and increasing economic inequality.”

He also called for President Biden to commit to massive, transformative investments in public transit, electric vehicles, and clean energy “to make these technologies accessible to everyone, not just the rich.”

Jamie Henn, director of Fossil Free Media, noted on Twitter that releasing more oil from the strategic reserve “won’t address the root cause of this high prices: Big Oil’s coordinated campaign to gouge Americans at the pump”.

He added: “A better solution would be to pass the windfall profits tax proposed in Congress which guarantees immediate relief to Americans without undermining the administration’s climate goals. Big Oil should pay for the problem they’ve created.”

On Wednesday, Democratic lawmakers held a press conference to promote a new bill, the Big Oil Windfall Profits Tax Act, which would specifically target the oil and gas industry.

Introduced by Rhode Island Senator Sheldon Whitehouse and California Rep. Ro Khanna, the legislation would tax at 50 per cent per barrel the difference between crude oil prices now, and the 2015-2019 average, with revenues “refunded to hardworking Americans”, as the lawmakers stated.

A White House statement highlighted on Thursday that while the US is the largest oil producer in the world, that “real energy independence… centers on reducing our dependence on oil altogether” and called on Congress to pass President Biden’s plan to speed up the transition to clean energy infrastructure.

The Biden administration is also pushing for Congress to punish oil companies with higher fees if they hold drilling leases on public lands “that they are hoarding without producing”.

“Companies that are producing from their leased acres and existing wells will not face higher fees,” the government statement said.

“But companies that continue to sit on non-producing acres will have to choose whether to start producing or pay a fee for each idled well and unused acre.”

But environmental organisation, Center for Biological Diversity, decried this strategy as one which would “deepen our dependence on fossil fuels and open the floodgates to more oil and gas extraction when we should be going in the opposite direction”.