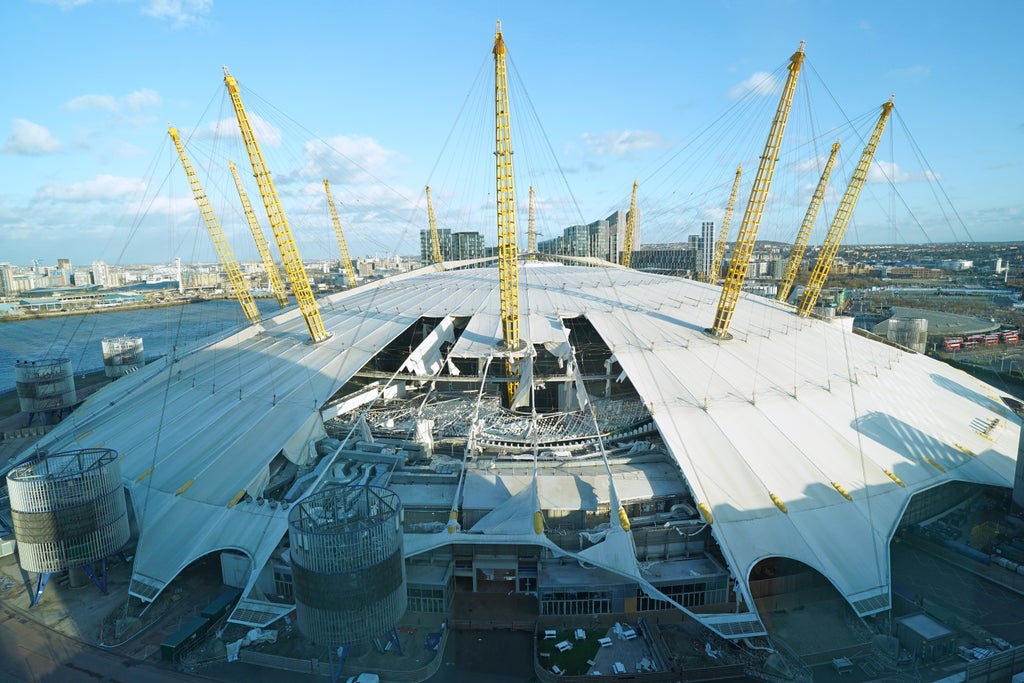 A big clean-up is set to begin after Storm Eunice brought damage, disruption and record-breaking gusts of wind to the UK and Ireland, leading to the deaths of at least four people.

Millions of people were urged to stay at home on Friday due to safety fears over the impact of Eunice, one of the worst storms to hit the UK in a generation, while transport woes meant many were unable to travel.

The windy conditions led to deaths and injuries in different parts of the country, along with travel disruption, flight cancellations, power cuts and police forces being inundated with calls.

The big clean-up could be hampered as yellow wind and ice warnings are in place across parts of the country.

Train networks were disrupted with flying debris, while there was damage to buildings and homes.

A woman in her 30s died after a tree fell on a car in Haringey, north London, on Friday afternoon, the Metropolitan Police said. It was the first confirmed death in England related to Eunice.

A man in his 50s died in Netherton, Merseyside, after debris struck the windscreen of a vehicle he was traveling in.

Another man in his 20s was killed in Alton, Hampshire, after a Mercedes-Benz Sprinter pick-up collided with a tree in Old Odiham Road just before midday.

Earlier, a man in Co Wexford, Ireland, was also killed by a falling tree.

A member of the public suffered “serious injuries” after being struck by debris from a roof in Henley-on-Thames.

Two men were also in hospital after being injured in similar, separate incidents in south London.

A number of train operators extended warnings not to travel into Saturday.

The Met Office has issued a less-severe yellow wind warning for much of the south coast of England and South Wales on Saturday, which it said “could hamper recovery efforts from Storm Eunice”.

Icy stretches are also expected widely across Northern England, Northern Ireland and Scotland, with some snow in the regions.

Winds of 122mph have been provisionally recorded at the Needles on the Isle of Wight, which, if verified, would be the highest ever recorded in England.

The previous record was 118mph at Gwennap Head in Cornwall in 1979.

Footage shared online captured planes struggling to land in high winds, damage to the roof of the O2 arena in London, and the spire of St Thomas Church in Wells, Somerset, crashing to the ground.

There were still hundreds of power cuts in western parts of the country as of Friday evening.

Police forces and local authorities across the country reported being inundated with phone calls related to the storm, with East Sussex County Council receiving 97 fallen tree reports by 4pm.

On the transport network, several routes were closed.

Wind speeds forced both the M4 Prince of Wales Bridge and M48 Severn Bridge into Wales to close to traffic for what is believed to be the first time in history, while the Humber Bridge linking Yorkshire and Lincolnshire closed from 1.30pm.

The A6 in Buxton was also closed on Friday afternoon after a lorry blew over, causing minor injuries.

Train operators across Britain urged passengers to avoid traveling altogether on Friday, with no services operating in Wales for the entire day and seven train operators suspending all routes.

Many train services will remain unopened on Saturday morning and do not travel notices have been reissued for a number of services, according to National Rail Inquiries.

A do not travel notice was reissued for the Southern, Thameslink and Great Northern networks for Saturday morning where some routes are expected not to reopen until the afternoon.

South Western Railway expects significant disruption across their network in the morning, while Great Western Railway and Greater Anglia services are suspended until approximately 10am.

Passengers are still being asked to avoid traveling where possible.