Skip to content
Home News Citroen e-Berlingo: This ‘barn on wheels’ has a lot going for it 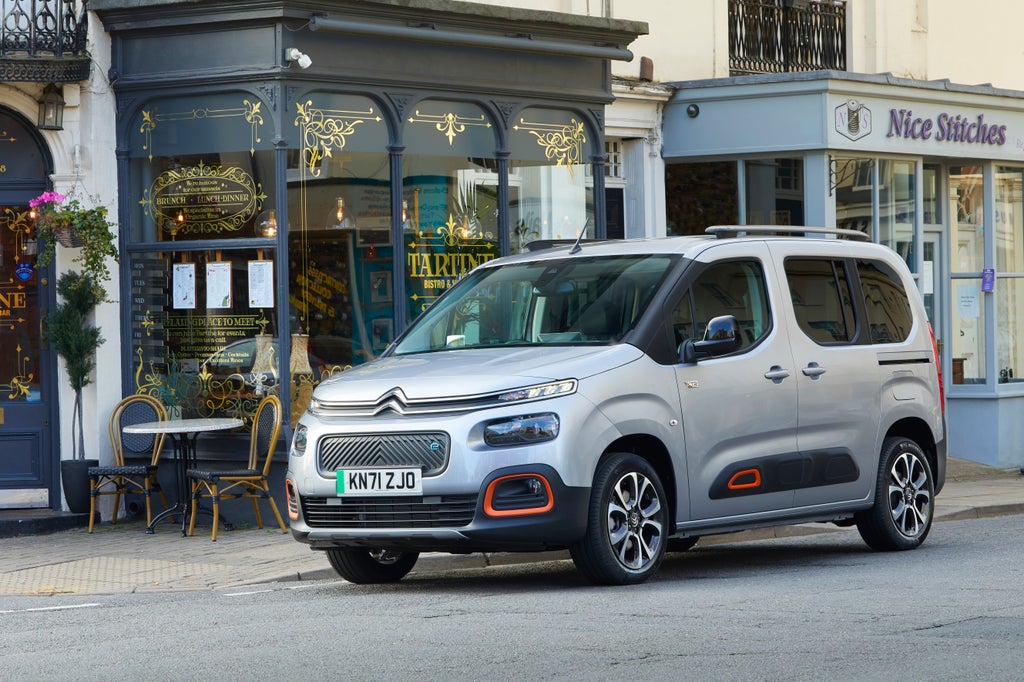 II’ve decided that the Citroen e-Berlingo is basically a barn on wheels. Like a house fashioned out of a barn it’s rather slab sided and not exactly designed for its eventual function. But even in XL form, with longer bodywork and an extra couple of seats in a third row (meaning room for seven), it’s not that much bigger than a Ford Focus, although it feels bigger on the inside. For those who value space above all, though, there are few alternatives to the e-Berlingo.

In fact, this is an eco-barn. There are now no petrol of diesel alternatives to the battery-only version of the car, marking a bit of a landmark moment. The commercial versions still feature fossil-fuel options, but civilians must go green. It’s all fine, except that my reasonably well-equipped sample carried a price tag of about £30,000, which maybe undermines its proposition as a value buy. It’s not doing anything for the cost-of-living crisis; but it is a small step forward to net zero. Up to you…

Based, or, to be fair, co-developed with, the Berlingo light van (and its Peugeot and Vauxhall variants), this multi-purpose vehicle has a lot going for it. It’s ergonomically sound, as you’d expect for a commercial vehicle, with the controls all sensibly well within reach, with proper dials for the heating and radio volume, and particularly the simple but effective touchscreen with auxiliary buttons along the frame. The steering is especially light around town, and there are parking sensors and a rear-view camera to stop you dinging it. Ditto the sliding side doors for passengers, which are handy in car parks and the like.

There is a large one-piece tailgate, which you need for access to the “boot” and the rearmost row of seats, which work surprisingly well for adults, even though there’s a bit of step up, and the aisle between them is a bit narrow for bigger people. Traveling seven-up is like being on a charabanc. It’s almost worth having a large family to justify getting an e-Berlingo. Like its van sibling, the e-Berlingo has a huge amount of versatile stowage, a long flat roof yielding extra headroom, and you can turn it into a van if you like. There’s isn’t much you can’t do in an e-Berlingo.

Except, that is, go for a very long drive in one. Estimating range for an electric vehicle is a hazardous affair because it varies so much on driving style, the load it’s carrying and the weather. The worst of conditions is carrying six passengers plus some luggage, having the air con on at full blast, driving hard down a motorway in cold conditions. You’d be lucky to get 100 miles out of an e-Berlingo on such an expedition, and if you leave it out for a few cold days it will lose charge/range as an alarming rate; that’s physics for you.

On the other hand, using the Citroen’s maximum economy settings tootling around town on your tod and you’ll probably eke about 200 miles from it. One of the odder consequences of electric car driving is that you tend to look for the shortest routes rather than the fastest ones, say driving on B-roads rather than motorways to make the most of your battery charge. Basically, I found myself plugging into too many public commercial charging stations for comfort. They were fast but expensive, broadly comparable to petrol on price per mile. Instavolt stations at McDonald’s and Starbucks take debit cards and offer comfort food while you wait (and, no, I haven’t been bribed by them to say so). Obviously, charging overnight at home is virtually free; and that’s the way all electric cars pay their way, and are better for higher mileage users.

My test car had a few niggly flaws, of design and otherwise. The high bonnet made it tricky to judge the front of the car, and the thick front pillars compromised visibility in a tight corner. The peaceful, non-rattling serenity of the Citroen was spoiled a little by the big door mirrors generating gentle wind noise. Like every other van or car I’ve tried with sliding doors, there were times they didn’t shut properly (through the Citroen would cleverly stop the left side opening when the car was charging, protecting the bodywork and charging apparatus). The seat belt warning light flashed on randomly, even though I was as safely strapped as I would be at a Jimmy Carr gig anticipating an edgy, career-altering “joke”. Otherwise, the e-Berlingo is as useful and fun as any of its characterful predecessors, plus it’s made in Britain. What more would a growing family need than a road-going, self-propelled, over-priced, civilianized farm building?