Skip to content
Home News CIS Barometer: United We Can and Vox grow at the expense of PP and PSOE, according to the CIS | Spain 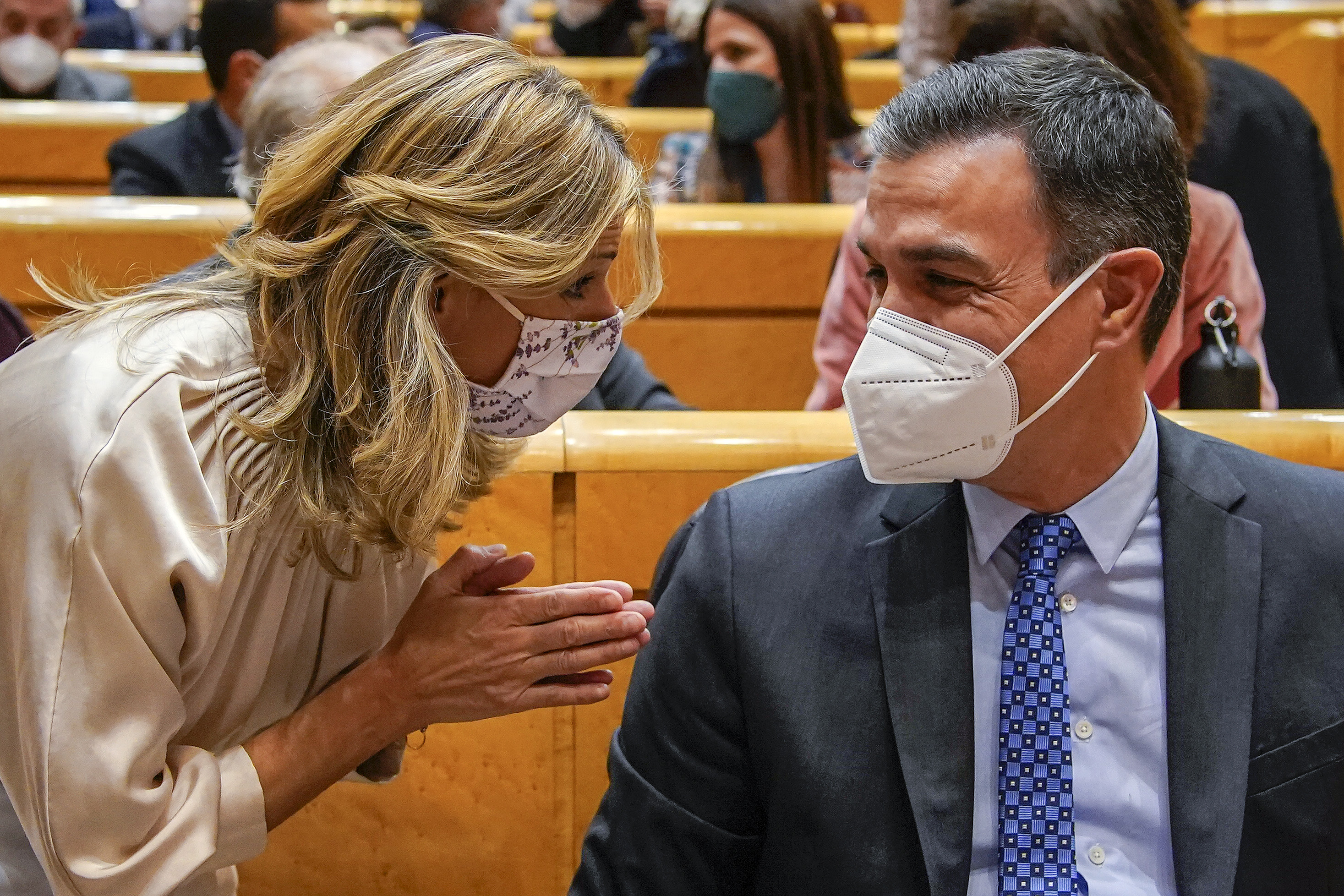 United Podemos and Vox grow at the expense of the traditional parties, PSOE and PP, according to the latest barometer of the Center for Sociological Research (CIS), published this Wednesday, and which gives the PSOE as the force with the greatest intention to vote. The coalition led by Yolanda Díaz rises 1.8 points and reaches 13.6% in vote estimation, exceeding by 0.6 points the results obtained in the general elections of November 2019. It is, however, by behind the political force of Santiago Abascal, who also rises 1.1 points and would obtain 14.3% of the votes. The Socialists continue to lead the political board with 27.6% in voting intention, although this November they are 0.9 points below the result they obtained a month ago. The popular ones, which fell 1.2 points, would be the second most voted force, with 20.9%. The gap between PSOE and PP is 6.7 points, three tenths more than last month.

By blocks, the right (PP, Vox and Cs) achieved 40.9% of the voting intention, while the left (PSOE, UP and Más País-Compromís) reached 44.3%. The two partners of the coalition government accumulate 41.2% of the votes, somewhat higher than the sum of the rights. The classical bipartisan formations, PSOE and PP, add up to 48.5% of the votes, two points less than a month ago.

The main national leaders still do not approve, but Yolanda Díaz continues her climb as the best valued, with 4.76, above the President of the Government, Pedro Sánchez, who achieved 4.45. In third position is Íñigo Errejón, leader of Más País, with an average of 4.13. Inés Arrimadas, from Ciudadanos, and Pablo Casado are placed next, with an average score of 3.61 and 3.41 respectively, Santiago Abascal repeats as the worst valued leader with 2.79.

As for who they would prefer to be president at the moment, Sánchez remains in the lead and accounts for 21.1% of the affirmative responses, three tenths higher than in the previous barometer. Díaz is also consolidated as the second favorite for the position and rises one point to obtain a 15.8% preference. Casado stagnates in the third position, with 10.7%, followed by Abascal with 7.6%.

The fieldwork, carried out between 2 and 11 of this month, coincided with the confrontation between the vice presidents and ministers of Economy and Labor, Nadia Calviño and Yolanda Díaz, over the labor reform that the Government is preparing. Less sour was, on the same dates, the beginning of the processing of the General State Budgets for 2022, which the Government managed to carry out after ERC and the PNV resigned to present an amendment to the entirety. On the same day, Congress validated its support for the candidates to renew the high institutions agreed between the Executive and the PP, which included the controversial appointment of Enrique Arnaldo to the Constitutional Court. In addition, the interviews were conducted in the midst of a power pulse between the president of Madrid, Isabel Díaz Ayuso, and the national leadership of the popular.

In the previous barometer, corresponding to October, the PP managed to cut distances —almost three points— and stayed 6.4 behind the PSOE, which remained the leading political force in voting intention with 28.5% of support. Vox, in third position, fell slightly to 13.2% and Unidas Podemos gained half a point and obtained 11.8%. The same thing that Ciudadanos lost, which broke its streak of slight ascent and stayed at 6.5%.