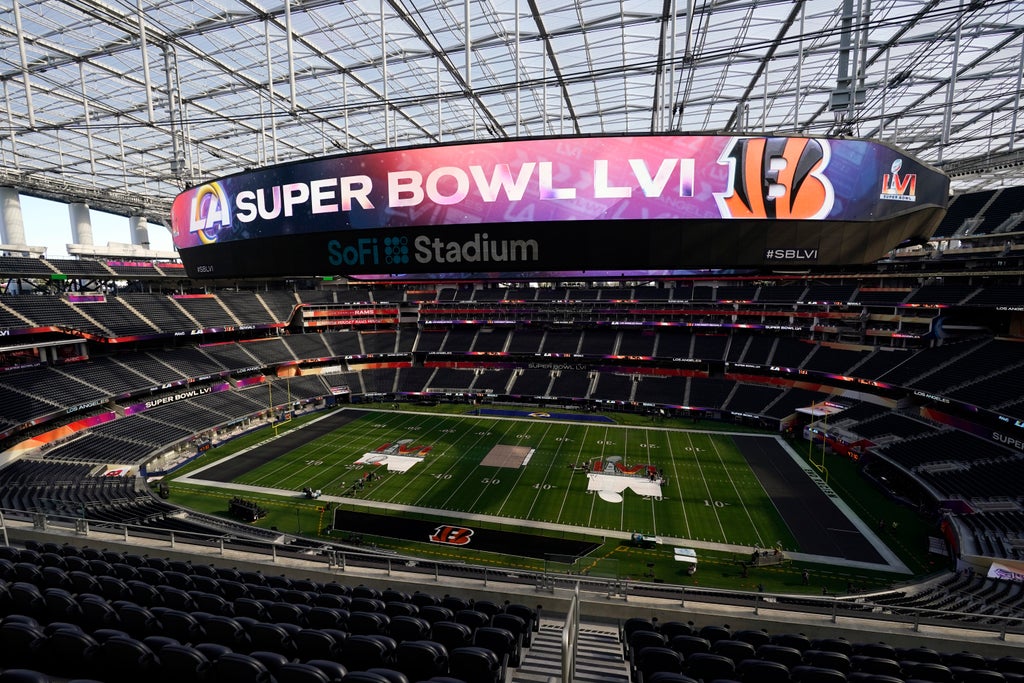 An unforgettable NFL season is set for a blockbuster conclusion on Sunday as the Los Angeles Rams welcome the Cincinnati Bengals to town in Super Bowl LVI.

A year after the Tampa Bay Buccaneers became the first team to lift the Vince Lombardi Trophy on home soil, Sean McVay’s men will look to do the same at SoFi Stadium this weekend.

The Rams are the bookmakers’ favorites thanks to a star-studded roster boasting the likes of defensive machine Aaron Donald, wide receiver standout Cooper Kupp and quarterback Matthew Stafford.

But write off the young, exciting Bengals at your peril.

From NFL laughing stock to wildcard wonderkids in a matter of years, exciting quarterback Joe Burrow has led the side on a remarkable run to the Super Bowl.

The number one pick in the 2020 NFL Draft suffered a torn ACL that November but bounced back to lead the Bengals to the Super Bowl for the first time in 33 years.

Burrow has been crowned comeback player of the year and head coach Zac Taylor also deserves credit after leading a side that had not even won a playoff game since 1990 to the brink of glory.

“They look fresh and fast, and that’s what you can hope for in mid-February,” Taylor said.

“This time off over the last two weeks has helped them and I feel really god about where we’re at for Sunday.”

Burrow produced a stunning season and teamed up to devastating effect with former LSU team-mate Ja’Marr Chase – the offensive rookie of the year – while Taylor can count on a number of other dangerous offensive options.

But providing effective protection for their quarterback will be key if the Bengals are to spring another surprise, having beaten the Las Vegas Raiders, Tennessee Titans and Kansas City Chiefs in the post-season.

That is easier said than done against the Rams, who have great defensive options and mouth-watering offensive pieces.

The Rams boast wide receivers Kupp, the offensive player of the year, and Odell Beckham Jr, as well as running back Cam Akers who defended the odds to return from tearing his Achilles tendon in July.

It is certainly shaping up to be a more exciting Super Bowl than the Rams’ last trip to this stage, when Tom Brady’s New England Patriots stifled them in a chastening 13-3 loss three years ago.

McVay was only 33 when he led them into that Super Bowl and, having overcome Arizona Cardinals, Brady’s Tampa Bay Buccaneers and San Francisco 49ers in this season’s playoffs, is quietly confident of a better outcome on Sunday.

“I think in a lot of instances it’s trusting your process, trusting the preparation and just being able to stay nice and still,” the Rams head coach said.

“Guys are excited and we want that, but we want to make sure we expend our energy the right way, use every minute that we have to allow us to play with that quieted mind.

“That’s what these guys have done and there’s tremendous confidence because of the way that our leaders and our players have really attacked the last couple of weeks. I’m excited to watch them go compete on Sunday.”