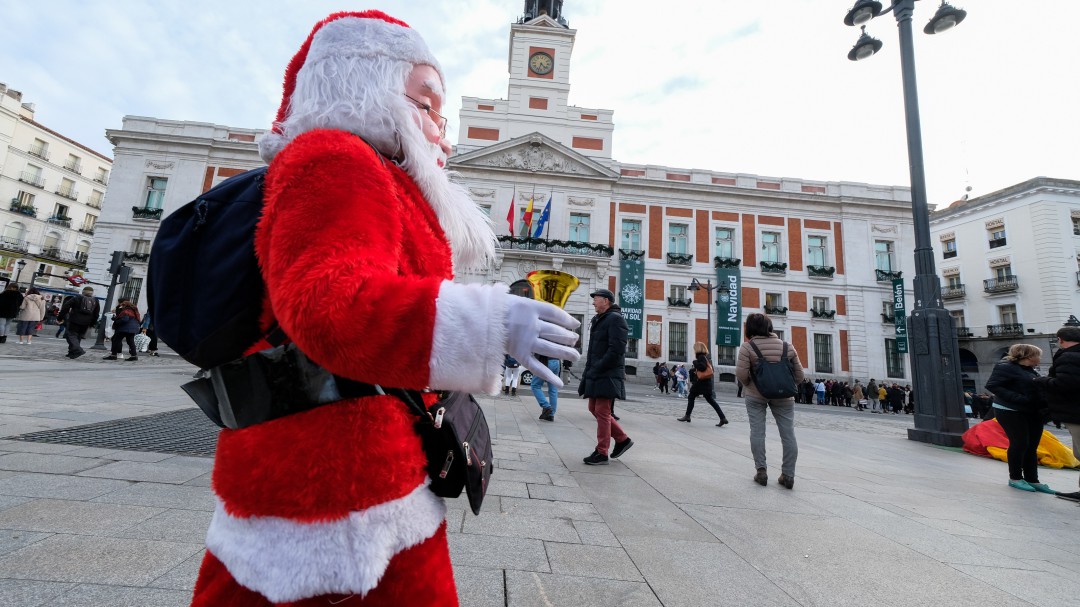 The Christmas period could start with more rain and warmer temperatures than normal in large areas of Spain, and with snowfalls reserved only in mountain systems, while the probability of a powerful snowfall like Filomena is very low.

That is the Christmas forecast of the State Meteorological Agency, released this Friday at a telematic press conference by its spokespersons, Rubén del Campo and Beatriz Hervella, in which they also presented the seasonal forecast for winter, the climate balance of the autumn in Spain, the climatic characteristics of autumn in the world, a preliminary climate analysis that summarizes 2021 in Spain and the relationship between meteorology and COVID-19.

Del Campo indicated that next week more than 50 liters per square meter of precipitation will accumulate in much of the western half of the peninsula and more than 100 liters will be collected in Galicia, the Central System, the southwest of Andalusia, the area of Strait and points in the Alboran area, which will be the places where it rains the most. “It will be noticed on Monday and, especially, on Tuesday,” he added.

The rains will appear first in the west and as the week progresses they will move to the rest of the peninsula, with less probability in the Ebro basin and in points of the Mediterranean area. Nor is significant rainfall expected in the Balearic Islands. Where it will rain heavily will be on the Canary Island of La Palma.

In general, next week will have a “temperate atmosphere,” according to Del Campo. “The temperatures next week in almost all of Spain will be higher than normal, so the snow will fall only at high levels,” he stressed.

From December 27 to January 2

Regarding the week from December 27 to January 2 -the first entirely Christmas week-, Del Campo specified that there is still uncertainty in the weather forecast, although he revealed some touches. “The high pressures will probably continue to be in latitudes higher than ours and this causes the storms to circulate through lower latitudes and catch us. This translates into a week from Christmas to New Year with more rains than usual again in the south and also in areas of the center and east of the peninsula ”, he added.

That week it would have temperatures close to normal. “It doesn’t seem like we’re going to end the year with a cold snap,” Del Campo said.

On the other hand, Del Campo stressed that the probability of a winter phenomenon such as the heavy snowfalls of the storm Filomena and its subsequent cold wave, which affected large areas of the interior of the peninsula last January, is “very low”.

The weather this friday

The weather this Friday will be similar to that of previous days due to the influence of a blocking anticyclone that prevents the arrival of storms, with which the sun will shine in much of the country, extensive and persistent fogs will continue in areas of the northeast of the peninsula. , and the bad seas will continue in Andalusia.

Thus, a total of 11 provinces have warnings this Friday for adverse phenomena. The prediction of the State Meteorological Agency (AEMET) indicates that there is a yellow warning – risk for outdoor activities – due to fogs that will reduce visibility to between 200 and 250 meters both in the early hours of the day and at the end of the day in areas of Huesca (center and south), La Rioja (banks of the Ebro), Lleida and Tarragona (central depression), Navarra (center and banks of the Ebro), Teruel (Bajo Aragón) and Zaragoza (Cinco Villas and banks of the Ebro).

The mists can be occasionally freezing in the morning in the south of Huesca and the Lleida depression, that is, when the presence of an anticyclone with temperatures below zero degrees combines, rime could appear (the formation of crystals or needles of soft ice on solid surfaces due to freezing of water droplets in contact with trees, street lamps, etc.).

The warning for rough seas affects the coasts of Almería, Cádiz, Granada and Málaga due to waves of about three meters high.

“As of Sunday changes are beginning to be seen. A storm, which this weekend is going to leave some rains in the Canary Islands, is going to be approaching. It seems that the high pressures are retreating a little more towards the northeast of the European continent and are giving way to storms. With this, we are going to have an important time change for the beginning of the festivities, ”said Rubén Del Campo, AEMET spokesperson.

On the other hand, the atmosphere will be stable in the peninsula and the Balearic Islands. However, cloudy skies or with intervals of low clouds are expected throughout the Mediterranean area, the Ebro valley and the interior southeast, where there is the possibility of some precipitation, generally weak and scattered. They are somewhat more likely in the Strait, the surroundings of Valencia and the southeast coast.

The sun will shine on the rest of the peninsula, although with some low clouds in the western Cantabrian Sea, as well as medium and high clouds extending from south to north in the southern half of the peninsula. In the Canary Islands there will be cloudy intervals in the western islands, with the possibility of some weak precipitation, and slightly cloudy skies in the rest. Temperatures will barely change and there will be intervals of strong lift in the Strait and the Alboran area, and northeast winds in the Eastern Mediterranean area.