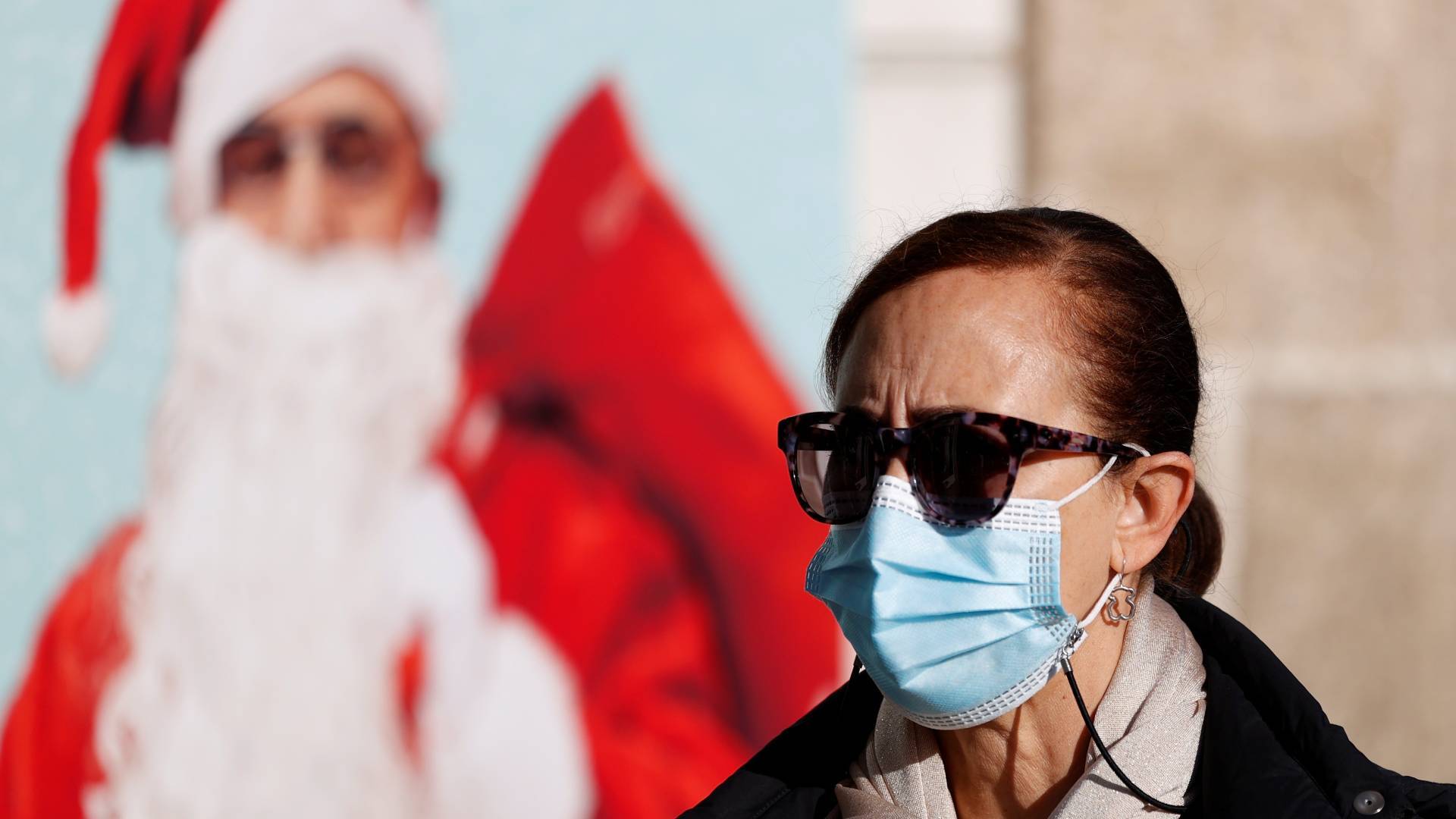 The sixth wave of coronavirus has ended up breaking against the Christmas holidays: Spain celebrates Christmas Eve this Friday with the concern raised by the new onslaught of the pandemic, which reaches new cumulative incidence peaks, already above the peak that marked the third wave earlier this year, while hospital intensive care units are once again placed at very high risk, with more than 16% of beds occupied by COVID-19 patients.

The latest report from the Ministry of Health, published this Thursday, recorded a new record, the third in a row, of infections reported in a single day, with almost 73,000 infected, while the cumulative incidence of the last 14 days rose another 127 points to 911.31 cases per 100,000 inhabitants. Is the highest figure of the entire pandemicAlthough the infections of the first wave, when there was insufficient diagnostic capacity to correctly measure the spread of the virus, are probably underrepresented.

Infections, in addition, speed up every day, as a consequence of landing of the omicron variant, much more transmissible than the delta variant, which was predominant until very recently. Health estimates that, in the second week of December, those infected by omicron were already 47.2% of the total, when a week before they were barely 3%. And two weeks later virus circulation has tripled, going from just over 300 cases then to more than 900 this Thursday.

Almost all regions, at very high risk from infections

That acceleration, in any case, is appreciable day by day: This week, the incidence has increased again at rates that exceed 10% each day, similar to those of mid-July, when the fifth wave was raised. This Thursday it rose at a rate of 16%, which in Spain was not observed in a single day since the third wave, and I had never gained 127 points in one fell swoop.

This explosion of infections at the gates of Christmas has led several communities to also reach their peak of infections: up to seven (Navarra, the Basque Country, Madrid, Asturias, La Rioja, Aragón and the Canary Islands) mark these days the highest cumulative incidence at 14 days of the entire pandemic.

Thus, all territories are at very high risk due to the accumulation of infections, according to the scale with which the Ministry of Health evaluates risk. The the only exception is Castilla – La Mancha, although at the rate of recent days, it is very likely that next week that threshold of 500 cases per 100,000 inhabitants will also be exceeded. All in all, it will still be far from Navarra or La Rioja, which already exceed 1,500 cases.

Behind the contagions, hospital pressure is already starting to be high, despite the brake that vaccines pose for the development of the most serious symptoms of the disease. The occupancy of intensive care units already exceeds 15%, the border that marks the very high risk, to reach 16.27%, a rate that had not been reached since the beginning of September.

In Catalonia, the occupancy of the ICU beds is already 32 %, in Melilla it is close to 30% and in six other autonomous communities (Aragón, Cantabria, Castilla y León, Comunidad Valenciana, Navarra and País Vasco) it exceeds 20%. Only Galicia and Andalusia are at low risk in this regard, below 10%.

In this sense, the great unknown is the severity of the infection causing omicron: some studies suggest that it is milder than delta, but there are no certainties yet. And even in that case, given that vaccines are not infallible and there is always a percentage of people who end up becoming seriously ill, an explosion of cases can end up collapsing primary care, first, and then hospitals.

In light of the data that Health has published for a few weeks on infections, hospitalizations and deaths of vaccinated and unvaccinated in the previous eight weeks, it seems that omicron is better able to bypass vaccines to cause infections, but they still provide remarkable protection against the most serious symptoms of COVID-19.

For example, at the end of November, the rate of hospitalized among those vaccinated between 30 and 59 years old was 0.4%, compared to 3.9% of those who were not vaccinated, while in the range between 60 and 79 years old the difference it was more remarkable, 2% by 35.7%, respectively. In the second week of December, with omicron already circulating, the rate has risen to 1.03% for vaccinated and 7.57% for non-vaccinated between 30 and 59 years, while, for those between 60 and 79 years , is 5.27% and 81.22%. That is to say, the probability of ending up hospitalized is between six and 14 times lower if you are vaccinated.

All of this can be seen in deaths, which is the only indicator that, for the moment, remains stable despite the sixth wave: the weekly average of deaths from COVID-19 continues at around 30, when at the peak of the third wave it approached 900 deaths. The effect of the last explosion of contagions, however, can also be noticed there in the coming weeks, so everything invites the prudence, even at the cost of the Christmas holidays.