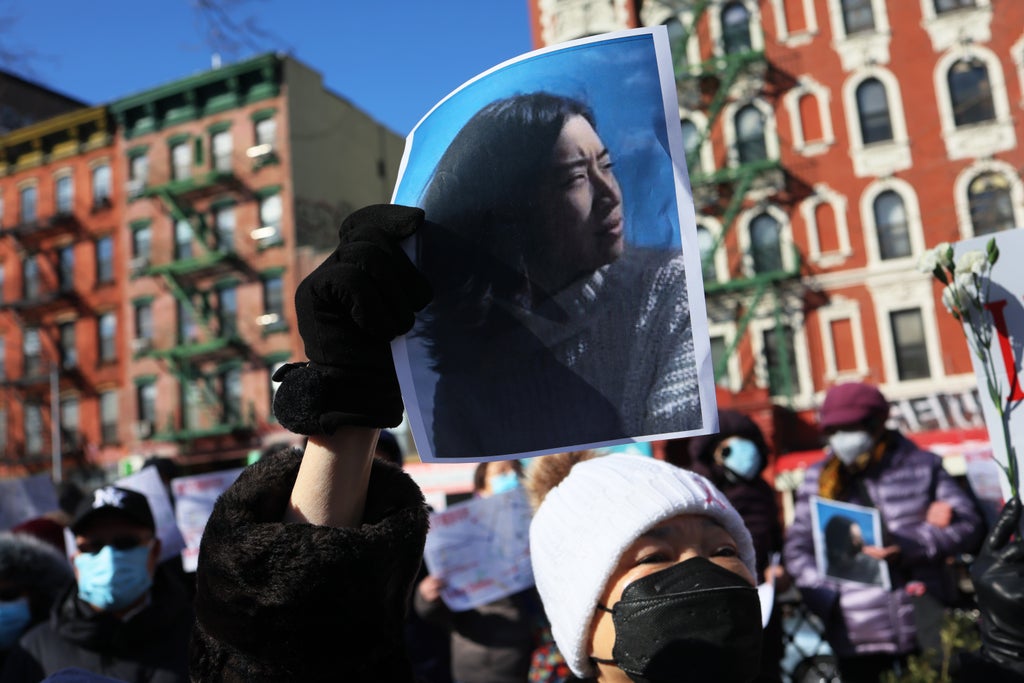 The deadly knife attack that killed Asian American Christina Yuna Lee was narrowly missed by police as they struggled to open the locked door to her apartment in Lower Manhattan, where she was brutally murdered.

The New York Police Department’s emergency service unit had responded to a call in Chinatown around 4am on Sunday and heard the screams of a woman and calls for help as they made their way up to the sixth floor of the building, where her apartment was located.

But “then she went quiet” as officers still worked to open the door, Dafna Yoran, a prosecutor, said in a Manhattan Criminal Court hearing on Monday night.

The 35-year-old Korean American creative producer was found bleeding in her bathtub with more than 40 stab wounds after the unit managed to break into her apartment.

It was not just Lee’s voice that police officials had heard.

Mr Yoran said another voice was yelling at them: “We don’t need the police here — go away.”

Prosecutors say the voice belonged to Assamad Nash, 25, who was later arrested for Lee’s murder.

As she made her way up the stairs to her apartment, Mr Nash allegedly remained close behind her and forced himself into the apartment just before the door closed.

Prosecutors said police found him hiding under a bed and the knife, suspected to be the murder weapon, was lying behind a dresser.

Mr Nash, a homeless man residing at the Bowery Mission shelter, was arraigned on first-degree charges of murder, burglary and sexually motivated burglary, 24 hours after his arrest.

He has been ordered by a judge to be held without bail and faces a potential 25-year sentence if convicted.

Mr Nash was found by police with cuts and laceration wounds, and was taken to Bellevue Hospital after his arrest.

Neighbors also said they heard screams of “Call 911!” in the morning hours when some of them alerted the police, reported the New York Post.

“I heard her screaming for help,” one neighbor, who asked not to be named, told the newspaper. “I went out into the hallway when I heard the first commotion. I heard someone else inside her apartment from her, he was trying to make her quiet.

“She was screaming, ‘Help me!’… I heard something that made it seem like he possibly had a firearm. Because of that, I went back into my own apartment. I was scared for my own safety. That’s when I called 911,” the person added.

While the police have refrained from calling the incident a hate crime, the murder is one in a string of attacks against Asians in New York City, sparking outrage and protests in the community.

Leaders of Asian American descent gathered on Sunday with Manhattan borough president Mark Levine and demanded action over the killing.

“We are demanding action. Our broken mental health system must be fixed. We have to address the real fear in Chinatown and beyond,” Mr Levine tweeted.

State Assemblywoman Yuk-Line Niou called the killing “so thick and so horrible and so cruel.”

Governor Kathy Hochul addressed the murder on Twitter, saying she was “mourning this tragic and heartbreaking loss of life”.