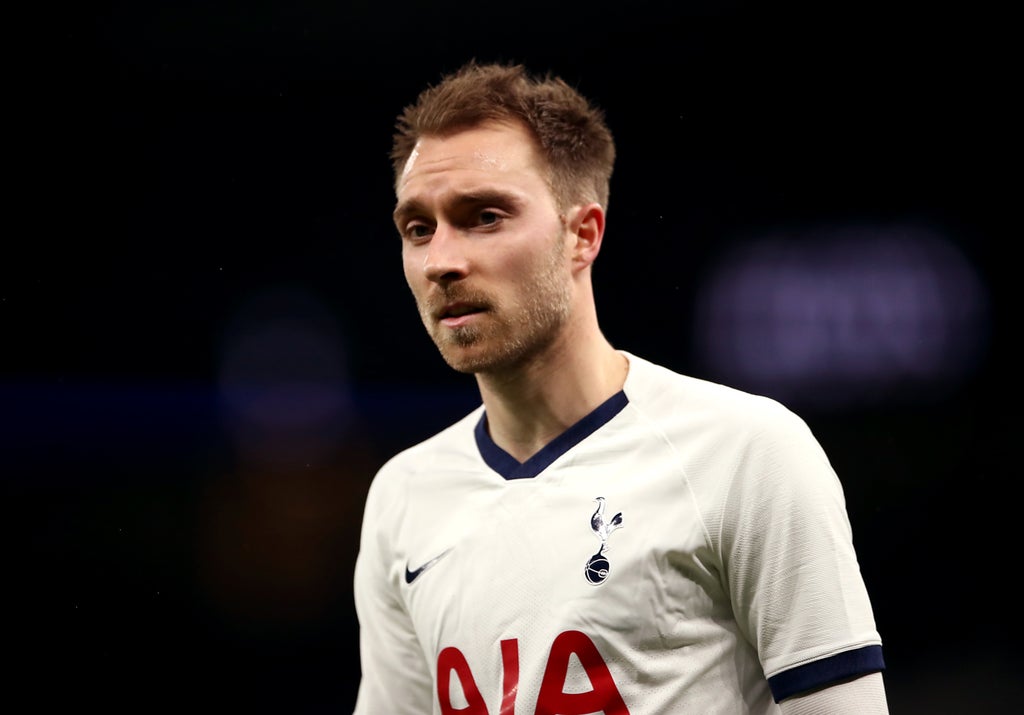 Christian Eriksen returned to football with a deadline day move to Premier League side Brentford just seven months after suffering a cardiac arrest.

The 29-year-old, who collapsed while playing for Denmark at Euro 2020 last summer, was a free agent after leaving Inter Milan by mutual consent as rules in Italy prevented him from playing with an implantable cardioverter defibrillator (ICD) device fitted.

The former Tottenham midfielder had been training with former club Ajax but has now agreed terms with Brentford having completed his medical assessments – although he is not due to travel to west London immediately.

Bees boss Thomas Frank, who worked with Eriksen while in charge of Denmark’s Under-17s squad early in his career, welcomed his compatriot to the club.

“We have taken an unbelievable opportunity to bring a world-class player to Brentford,” Frank said. “He hasn’t trained with a team for seven months but has done a lot of work on his own.

“He is fit but we will need to get him match fit and I am looking forward to seeing him work with the players and staff to get back towards his highest level.

“At his best, Christian has the ability to dictate games of football. He can find the right passes and is a goal threat.”

The club’s director of football Phil Giles said that, although the club would not divulge any of Eriksen’s private medical information, “Brentford fans can rest assured that we have undertaken significant due diligence to ensure that Christian is in the best possible shape”.

Spurs tweeted their best wishes to Erisken later in the day, moments before the departure of their club-record signing Tanguy Ndombele was confirmed.

The France midfielder returned on loan to former club Lyon for the remainder of the season, with the Ligue 1 side having the option to make the deal permanent.

Tottenham have also completed the double swoop of Juventus pair Dejan Kulusevski (on loan) and Rodrigo Bentancur (permanently), which should go some way to appeasing boss Antonio Conte who has missed out on Adama Traore and Luis Diaz.

Frank Lampard was confirmed as Rafael Benitez’s replacement at Everton, and it is expected Manchester United midfielder Donny Van De Beek will soon join him at Goodison Park on loan.

It is believed Everton will not have to pay an initial fee for the 25-year-old but a substantial fee would be payable when certain conditions are met.

Premier League leaders Manchester City have been active too, signing Argentina striker Julian Alvarez although the 22-year-old striker is due to remain with River Plate on loan until at least July – and potentially longer depending on their progress in the Copa Libertadores.

Alvarez, who has five caps for his country, has scored 36 goals and added 25 assists in 96 appearances for River Plate.

“Julian is a player we have monitored for some time,” City’s director of football Txiki Begiristain said. “He is capable of operating in a number of attacking roles, and we firmly believe he’s one of the best young attacking players in South America.”

There was confusion around the future of Arsenal striker Pierre-Emerick Aubameyang after footage emerged of his arrival in Barcelona.

The Gabon international returned home early from the Africa Cup of Nations due to health reasons but has not played for the Gunners since being disciplined by the club in December.

He had been linked with a loan move this January, with Barcelona among those clubs reportedly showing an interest.

But the PA news agency understands there is no agreement in place between the Catalan giants and Arsenal, despite Aubameyang’s movements.

Bottom club Burnley have completed the signing of Holland international Wout Weghorst from Wolfsburg for a reported £12million fee.

The 6ft 6in striker has signed a three-and-a-half-year contract and is set to train with his new team-mates on Monday.

“Wout is a player that our scouts have been strong on for some time and we feel that he can add to all that we do at Burnley Football Club,” said manager Sean Dyche.

“His signing is a continued show of the club’s and team’s development. We wish Wout well as he earns the right to push our group forwards.”

Liverpool’s chances of completing a deal for Fulham teenager Fabio Carvalho appear to be receding.

The club had hoped a loan-back offer on top of a £5million bid for a player out of contract in the summer would be enough to secure the services of the 19-year-old, who is interesting a host of top sides.

However, the Sky Bet Championship leaders are keen to hang on to the forward to help their promotion push, even if that means missing out on a substantial fee now.