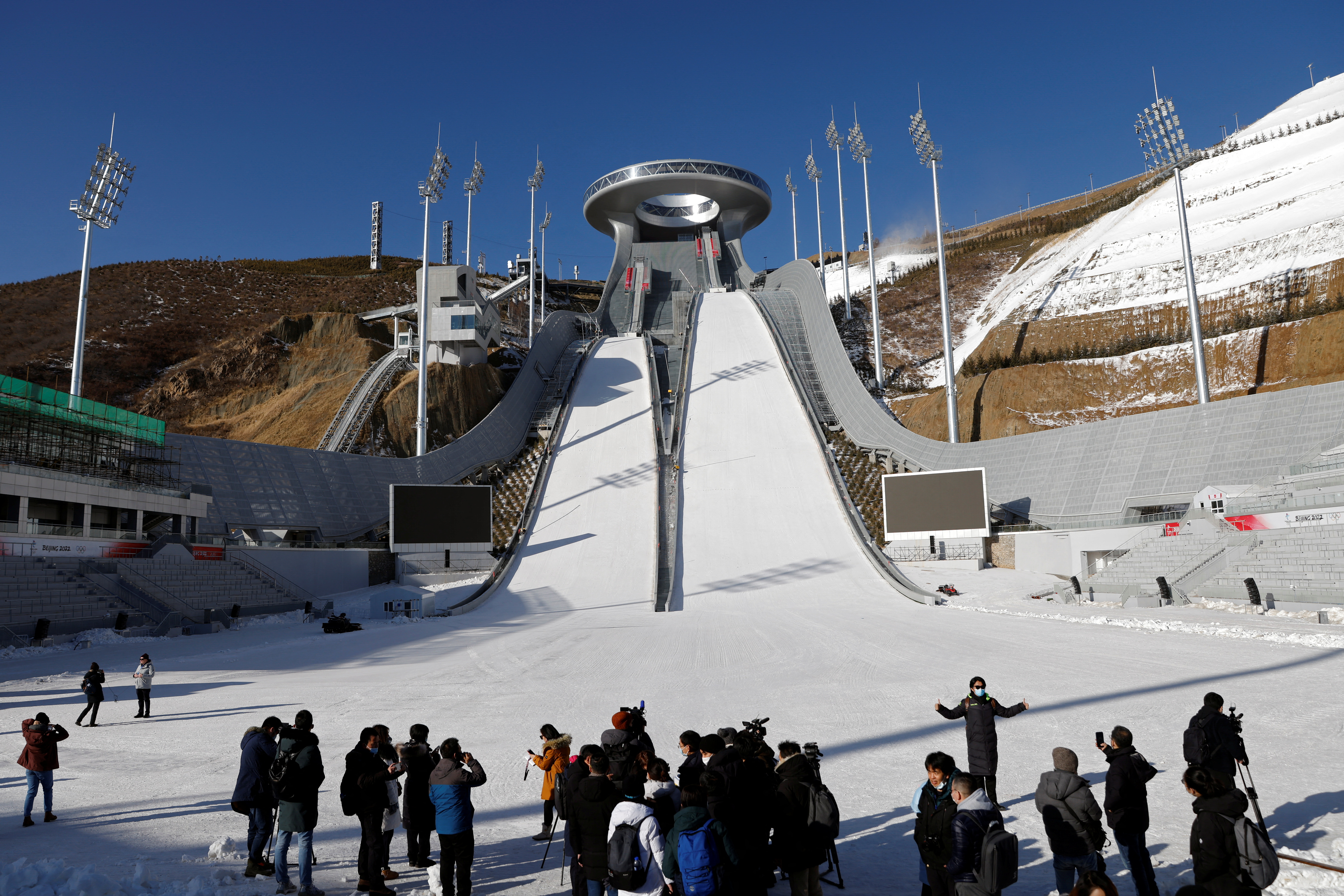 Snow cannons shoot white powder onto cross-country ski trails in Genting, 240 kilometers from Beijing. Crammed into thick coats, workers hammer to set up a stage on Chongli’s ski slopes. Beijing and the neighboring city of Zhangjiakou are preparing to host, starting on February 4, the Winter Olympics that China aspires to become a showcase for its heyday. Nothing should cloud your development. It is the opening of a decisive year for the country, culminating in the autumn with the confirmation of the third term of President Xi Jinping.

The Games will be the first in a series of appointments in a difficult year for Beijing. After the closing, the annual session of the National People’s Congress, the Chinese legislature, will arrive in March, where preparations for the great political event of the year will be launched: the celebration of the XX Congress of the Communist Party of China in October or November, which it will approve a third term for Xi, something unprecedented in the past three decades in the Chinese political system. With this, the Chinese leader will ensure control of the party, the army and the state, to become the leader with the most power in his country since the days of Mao Zedong.

That they are memorable Games is a matter of national pride, especially when this sporting competition has become one more of the scenes of the rivalry between China and the United States: Washington and its allies the United Kingdom, Canada and Australia have announced that they will not they will send senior officials. Controversy hangs over the competition around tennis player Peng Shuai and her allegations of sexual abuse against a former high-ranking official, which have sparked calls in the rest of the world for the athlete’s situation to be clarified.

Promising that these Winter Games – which are held in an area where it is necessary to resort to artificial snow due to lack of sufficient rainfall – will be environmentally friendly, safe against covid and well organized, Beijing wants to show off its 5G technology , its artificial intelligence and its infrastructure. To prevent the covid from being a problem in this sporting event, China has taken extreme precautionary measures, which include the confinement of Xian, a city of 13 million inhabitants, and the almost absolute shielding of its borders.

“I am convinced that they will be a success. The Olympic torch will illuminate that night as a symbol that the bad is over and the glory days are about to begin, ”said Jia Maoting, general director of works for the Games, as he supervises the tracks for the jumping competition. ski, a futuristic 130-meter-high design nicknamed Ruyi, alluding to a traditional Chinese jewel.

Already throughout 2021, in the celebrations of the Party’s centenary in July, and in the plenary session of the Central Training Committee in October, the leadership has been signaling that the country is preparing to enter a “new era” of development. and international boom, after ending the Deng Xiaoping era and the pursuit of economic development at all costs.

The Chinese president will not only renew his term. The departure of other senior Party officials appointed by his predecessors – Prime Minister Li Keqiang, among others – upon reaching retirement age will allow him to undertake a major renewal in the upper echelons of command during Congress, in order to position his allies. in key positions.

“If things go as expected, Xi will lead the most powerful CCP apparatus in history, in terms of economic and political power, with a team that he has been preparing over the past decade,” says the analyst from Merics Nils Grünberg on the page of this German study center specialized in China.

Until that moment, nothing can get off the script. The China Central Economic Conference, which brings together the main Chinese financial authorities every December to determine the country’s economic direction over the following year, made it clear in its session this year: the word “stability” appears 25 times in your final release. “Economic jobs should have it as their keyword for next year,” says the document.

See also  Pensioner threatened with debt collectors after energy bill rockets from £120 to £4,600

Stability will not only be the objective in the economic sphere. Also in the social. Throughout 2022, leaders will focus on ensuring that the economy is in order, but also that there is no turmoil that casts doubt on the Party’s authority, that COVID remains under control at all costs, and that the regulations are applied. ambitious environmental, innovation and social equality programs (the campaign known as “common prosperity” launched this year) with which China aspires to become a major economic power in the coming decades.

This year, therefore, the Chinese leadership will be very aware of what happens within its borders. There are many fronts open there, from the problems in the real estate sector highlighted by the liquidity crisis of the developer Evergrande, the most indebted in the world, to greater control over the technology sector and sovereignty over data.

And when concerns about the pandemic and its effects still weigh on the minds of consumers, who continue to control spending, the Chinese government must find a difficult balance between greater control of the economy to eliminate risks and the need to maintain growth. that has been in decline in recent years. In 2020 – the year of the pandemic – growth was 2.2% and Beijing had set a goal “around 6%” for this year. The Chinese Academy of Social Sciences predicts 5.3% by 2022.

Given the stakes at the Party Congress in the fall, it is unlikely that Chinese leaders, and particularly Xi Jinping, will participate face-to-face in international summits next year. As in the last two years and as a precaution against the covid, if they appear they will appear on a video screen, something that has limited personal exchanges with other leaders and that some analysts warn can complicate resolving possible misunderstandings between the giant. Asian and other countries.

But China will also have an eye on abroad. Tensions with the United States continue, without the arrival of the Joe Biden Administration representing a significant change. Both countries hold their swords high over the situation of human rights and freedoms in Xinjiang and Hong Kong, and over pressure from Beijing on Taiwan, the self-governing island that it considers part of its territory. And the two maintain a rhetorical war of narratives on issues ranging from the origin of the covid to the meaning of democracy.

Although the telematic meeting between Xi and Biden in November reduced the friction relatively, the diplomatic boycott of the Games and the invitation to Taiwan to the summit on democracy organized by the White House unleashed them again this December.

“Beijing will be increasingly intransigent on global issues that affect its interests. Any other (reaction) would be seen as a show of weakness on the part of Xi Jinping and the Party, which would jeopardize the CCP’s desire to project strength and stability in a politically sensitive year, ”Merics notes on its website.

For that projection of strength, the Games will be an optimal occasion. China will show off its technology, its infrastructure and its organization. The opening ceremony on February 4 will be chaired by Xi at El Nido, the national stadium in Beijing designed by Ai Weiwei for the 2008 Games. There will not be a large number of Western leaders. But alongside Xi there will be Russian President Vladimir Putin.