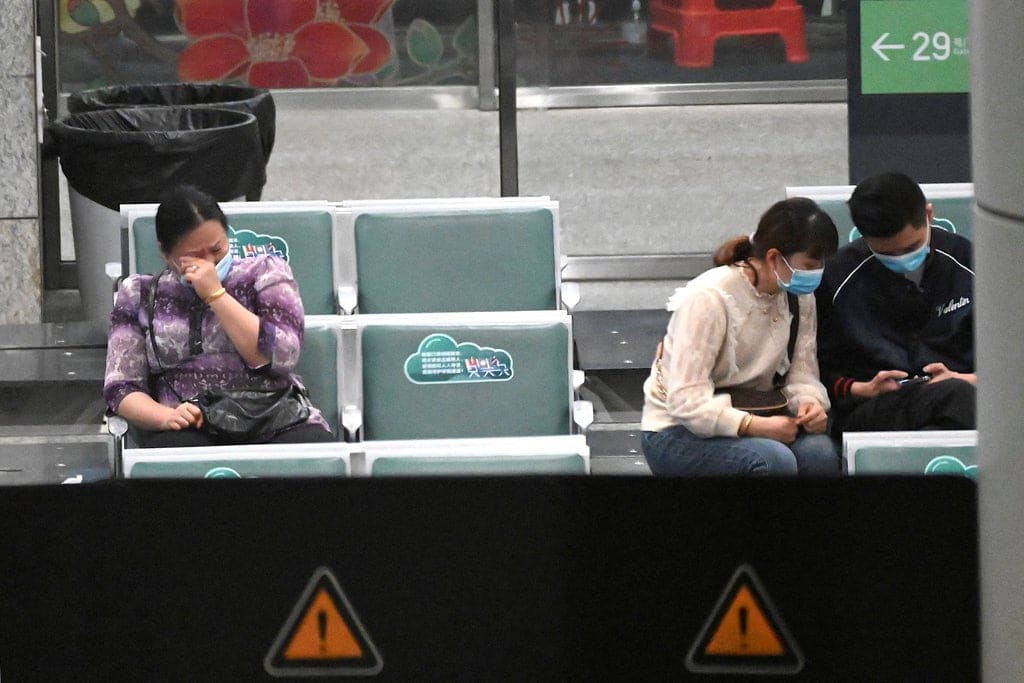 Chinese rescuers are continuing to search for survivors the day after a China Eastern Airlines Boeing 737-800 plane carrying 132 people crashed in the mountains of China’s Guangxi province.

Family members of those who were on board face an anxious wait after state media and emergency responders said there was no sign of survivors at the site.

China’s state broadcaster CCTV reported on Tuesday that even as the “wreckage of the plane was found at the scene, but up until now, none of those aboard the plane with whom contact was lost has been found.”

The tragedy, China’s first plane crash since 2010, caused widespread grief across the country and Chinese President Xi Jinping has ordered an investigation into the cause of the accident.

Hundreds of responders have been dispatched to the crash site in Wuzhou, Guangxi Province, but as the area is surrounded by mountains on three sides, simply reaching the area is a challenge.

Local citizens have reportedly donated about six million milliliters of blood since Monday while authorities have also activated hospitals and put a team of more than 200 medical professionals on standby. Chinese Vice Premier Liu He arrived in Guangxi with other officials from the Chinese Communist Party on Monday night, helping to instruct the rescue efforts and relevant investigations.

The plane had been airborne for over an hour and was approaching Guangzhou when it suddenly plummeted. According to flight data and eyewitness accounts, the plane dropped thousands of meters in less than three minutes and lost its radar signal.

Video footage broadcast by Chinese media – which has not yet been verified – showed the plane dropping from the sky in an almost “nose-dive” position. The crash caused a mountain fire at the crash site, and while fire was put out within a few hours, there were signs that some trees were burnt.

On Chinese social media, thousands of netizens expressed their shock and grief. “Even though we already expect the possible outcome, everyone hasn’t given up yet,” wrote one netizen on Weibo.

“Even though we know it’s impossible, we still hope the miracle of finding some survivors can still happen,” wrote another. “I hope the rescuers can find the black box soon and determine the cause of the plane crash.”

A screenshot of an individual who was reportedly supposed to be on the flight went viral on Weibo.

In the post, the person said they weren’t allowed to board due to an invalid travel code, and that they had been shaking after learning about the crash. “Thanks to all the support and check-ins,” the person wrote on Weibo.

According to China’s Sina News, one woman said she and six other family members and friends were supposed to be on that same flight to Guangzhou to attend the funeral of a friend on March 23.

However, she changed her flight at the last minute and arrived in the city before everyone else.

The rest of his family and friends were all on the plane that crashed and she has lost contact with all of them. “One of those missing is my sister,” she reportedly told Sina News.

China’s ambassador to the US, Qin Gang, described the tragedy as “heartbreaking.”

“Deepest sympathies to the families of all those affected. Military and civilian forces are working together at the site for search and rescue,” he tweeted on Tuesday.

Taiwan President Tsai Ing-wen also expressed her condolences on Tuesday, saying she hopes the ongoing search for survivors would be successful.

Following the news of the accident on Monday, China Eastern Airlines turned its official website and official Weibo account to black and white to symbolize its condolences to those affected by the tragic accident.

Additionally, the airline also announced that it will suspend operation of all Boeing 737-800 airplanes and set up a hotline for anyone seeking information about those on board the flight.

However, some aviation experts told Chinese media that airlines should avoid suspending all plans of the same model before an investigation into the cause of the crash has been completed.

Many family and friends of those onboard the flight are waiting for further updates at Guangzhou’s international airport.

China’s state-run tabloid Global Times reported on Tuesday that as of 19 February 2022, China had recorded more than 100 million hours of continuous safe flight.

According to the Aviation Safety Network, the last fatal plane accident in China was in 2010, when an Embraer E-190 regional jet operated by Henan Airlines crashed on approach to Yichun airport amid low visibility. Of the 96 people on board, 44 were killed.

Over the last few decades, as Chinese airlines began to use newer aircraft and authorities adopted more strict regulations, China has maintained a fairly good airline safety record. Monday’s disaster could ultimately prove to be the deadliest plane crash in China since 1994, when a China Northwest Airlines flight crashed in Xian, killing 160 people.