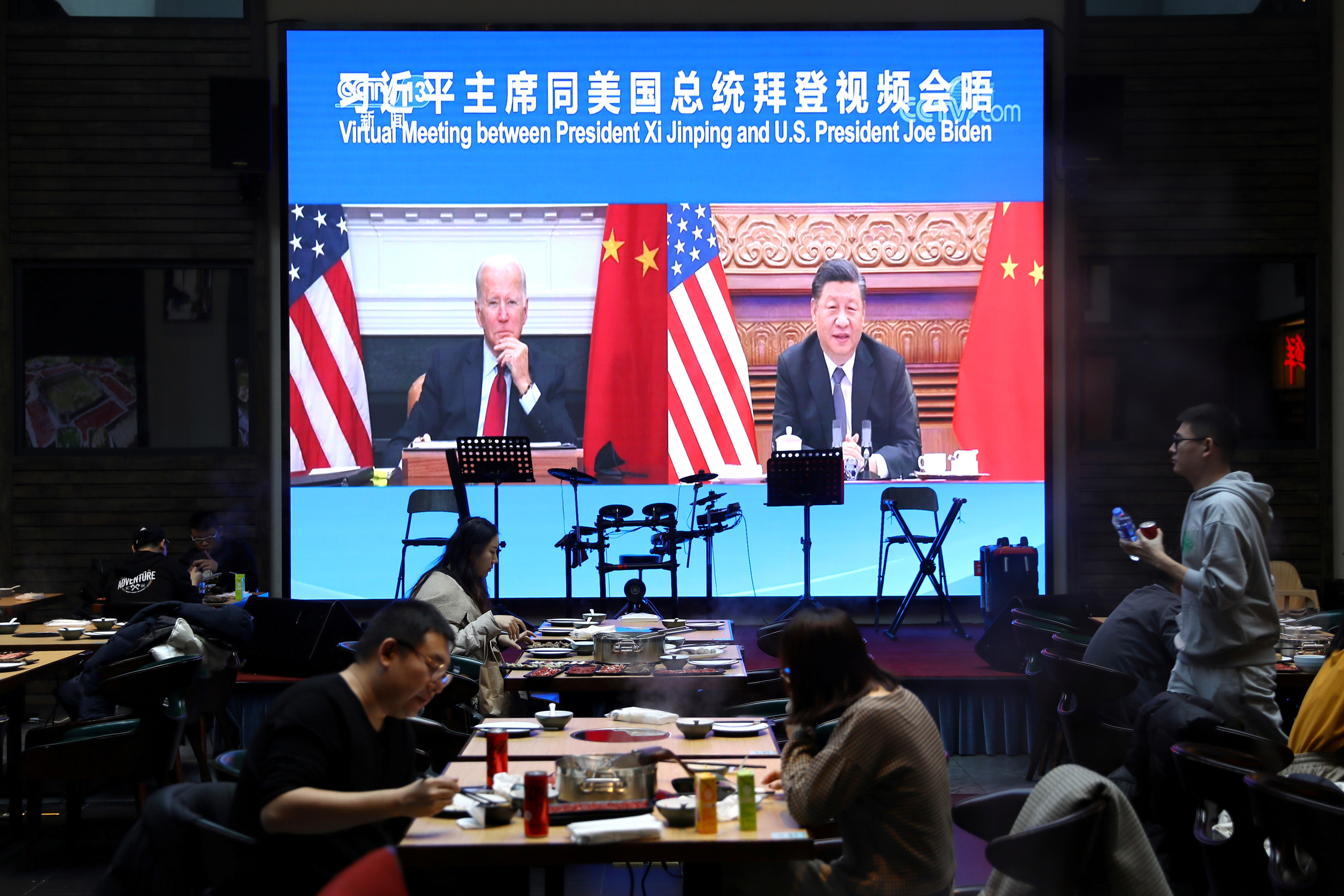 China and the United States have announced an agreement to relax the restrictions on press visas that they imposed on journalists from each respective country, one day after the videoconference meeting between their presidents, Xi Jinping and Joe Biden, to try to reduce tensions between both governments. The pact comes a year and a half after tensions between Beijing and Washington in the wake of the outbreak of the covid pandemic resulted in the expulsion of more than a dozen American reporters in China, and nearly 90 Chinese press employees. in United States.

The agreement, confirmed by the State Department and the Chinese Foreign Ministry, will see both parties granting one-year visas again, as had been customary until the crisis, to reporters from the other country. Since the wave of expulsions, the residence permits that were issued had a duration of only three months.

In addition, Beijing has promised to let US journalists who remained on its territory leave and re-enter, something that until now it did not allow them.

The pact is the result of months of negotiations between officials of the two countries and opens the way to the solution of one of the reasons for friction in relations between the two governments. It will allow the media that suffered vacancies in their correspondents due to the expulsions to cover them, although until now it is unknown whether the return of journalists forced to leave will be allowed. The newspaper China Daily, the first to report the deal, cited unidentified Chinese officials who indicated that the visas will be issued “in accordance with existing laws and regulations.”

See also  Inside the property riddled with so many problems, residents have been awarded £1 million in compensation

“This hard-won achievement is something that suits the media on both sides. We hope that the United States will fulfill its commitments and implement the necessary measures and policies as soon as possible ”, declared this Wednesday the Chinese Foreign spokesman Zhao Lijian, in his daily press conference.

For its part, the State Department has declared itself “happy that the correspondents [estadounidenses] may they return to the People’s Republic of China to continue their important work ”. “We welcome this progress, although we consider it to be only a first step… We will continue working to expand access and improve conditions for the media in the United States and other countries, and we will continue to defend press freedom as a reflection of our democratic values ​​”.

The expulsion of journalists as a retaliatory tool between the two countries was triggered in February last year, when the Donald Trump Administration in the United States decided to classify the Chinese state media correspondents as “foreign missions”. This measure allowed for greater scrutiny on its operation. Among other things, the US offices of these media, including the Xinhua agency and Chinese state television, were required to provide lists of their employees to the US government.

A month later, China expelled thirteen journalists from three US outlets: The New York Times, The Washington Post and The Wall Street Journal. In February, he had already expelled three correspondents from the latter media, in protest at the headline of an opinion article that he considered insulting.

See also  Woman, 21, lost her leg in crash just an hour after picking up motorbike

“We are encouraged by the apparent direction of these negotiations, and we continue to believe that independent and accurate information from within China is necessary for our readers and for China itself,” the editor of China said in a statement. The Wall Street Journal, Almar Latour.