Skip to content
Home News ‘Chilling’ text sent by pro-Trump Republican before Capitol riot suggests knowledge of what was to unfold, report says 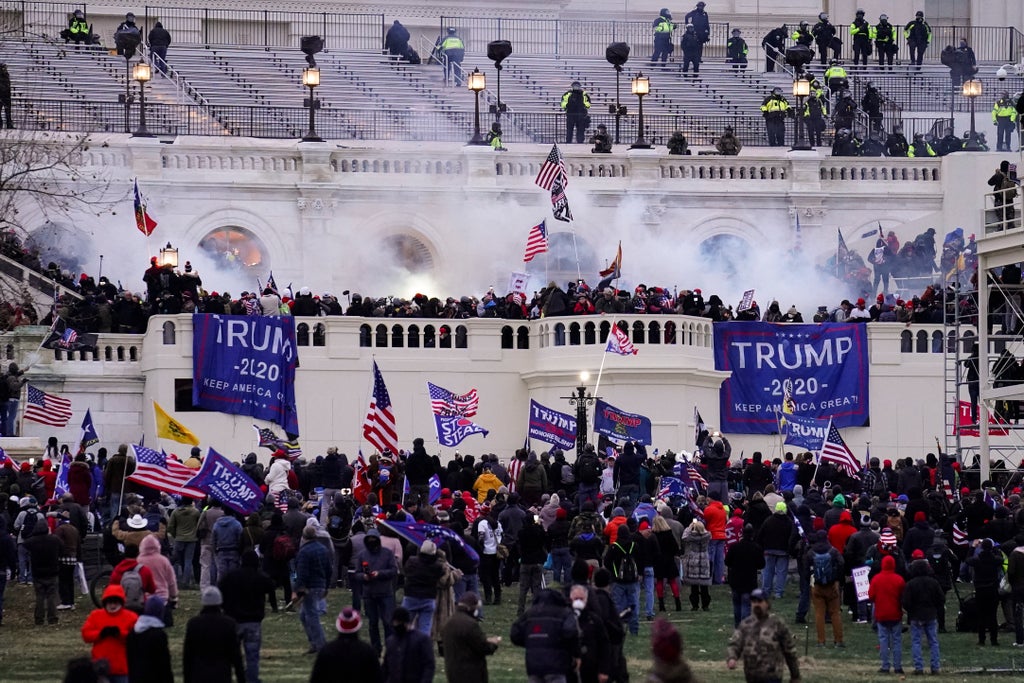 A text message sent days before the attack on the Capitol is raising new questions about what members of Congress on Capitol Hill knew about how January 6 would play out before it occurred.

Washington Post obtained a message sent to then-White House chief of staff Mark Meadows with a dire warning for the president.

“If POTUS allows this to occur… we’re driving a stake in the heart of the federal republic,” read the text, described by The Post as having been sent by a member of the House Freedom Caucus, a far-right group of Republicans, who had “knowledge of the president’s planning for that day”. The newspaper cited a staff member for the select committee for the characterization of the lawmaker.

It wasn’t clear what the lawmaker was referring to, but news of its existence comes as the House committee investigating January 6 has taken an interest in both lawmakers who helped or encouraged the effort to overturn the election, as well as organizers of two “ Stop the Steal”-themed rallies in DC that day which were credited with drawing thousands of Trump supporters to the city.

It is possible the lawmaker was referring to either the efforts to convince Vice President Mike Pence to interfere in the Electoral College count, or the possibility of violence itself. It’s also possible that the unnamed Republican was referring to the possibility of Mr Trump “allowing” Joe Biden to be sworn in as president, although it could hardly be argued that Mr Trump was letting that happen without a fight given his months of legal challenges and other efforts to overturn his defeat.

The Washington Post’s Carol Leonnig, who covered the 45th president in his final year in office including his 2020 campaign for president in her book I Alone Can Fix It fellow post writer Philip Rucker, described the message as “chilling” in an interview with Chris Jansing on MSNBC on Wednesday.

“What exactly did that Freedom Caucus member mean by ‘this’?” asked Ms Leonnig.

“[W]hat else could the ‘this’ be?” she asked. “How grim and chilling a piece of information is this, if this lawmaker knew something Donald Trump was plotting beyond what we all know now?”

Texts to Mr Meadows have emerged as some of the most politically-damaging revelations uncovered by the January 6 committee thus far. Despite months of efforts by GOP lawmakers and right-leaning pundits to minimize the severity of the attack, the messages obtained from the ex-chief of staff’s phone reveal a very different picture of the riot and illustrated the panic and concern that many of Mr Trump’s closest allies expressed privately while his supporters attacked the Capitol.

Among those who texted Mr Meadows in horror during the riot included everyone ranging from Republican members of Congress to prominent Trump allies on Fox News and even Mr Trump’s own son, Donald Jr.

“Fix this now,” one yet-unnamed member of Congress angrily demanded of the White House in a previously-reported text message.

Republicans have continued to dismiss the findings of the January 6 committee and the investigation itself as overly partisan, and complained that the committee’s membership is improper because it only has two members from the GOP.

GOP members of the House and Senate banded together last year to kill legislation that would have established a special commission to investigate the attack and several members selected by House Minority Leader Kevin McCarthy to sit on the House panel withdrew their nominations after two of Mr McCarthy’s nominees (one of whom is now a witness sought for testimony by the committee) were declined for membership by Speaker Nancy Pelosi.