Skip to content
Home News Chile Elections 2021: The Faces of Change in Chile: A New Generation Comes to La Moneda with Boric | International 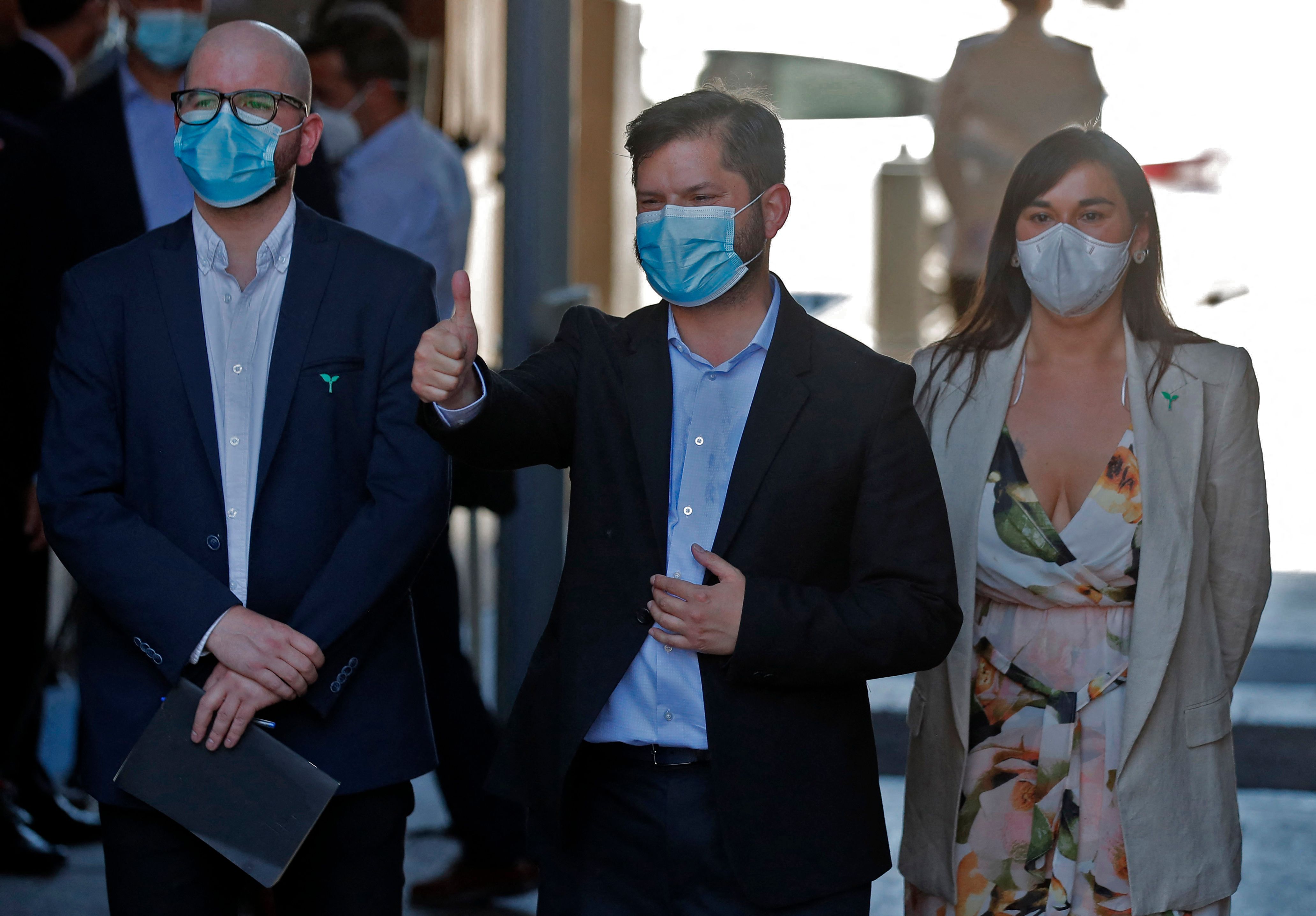 The new elected president of Chile, Gabriel Boric, took on the challenge of raising a presidential candidacy in the Frente Amplio in early 2021. He was chosen for his leadership, for the political capacity he showed in November 2019, when he agreed to draft a new Constitution that opened the way to channel the revolts, despite internal criticism in his coalition. Luck also worked in his favor: the deputy had the minimum age to run for La Moneda according to Chilean law, 35 years old, just turned this year, in February. His political partner in the Broad Front, Congressman Giorgio Jackson, his campaign’s political strategist, is just 34 years old. It was a practical decision that ended in an overwhelming political victory yesterday at the polls: with 4,600,000 votes (55%), the highest support achieved by a president, will be the new head of state of Chile and the spearhead of a generational replacement that will debut in March at La Moneda.

One of the strong and popular figures in Boric’s environment is Izkia Siches, a 35-year-old doctor. In fact, on Sunday night, he was the only figure that Boric brought up on stage, where neither the parties nor the political leaders were present. This Monday, when the president-elect visited the incumbent president, Sebastián Piñera, in La Moneda, she and Jackson accompanied him. Siches was the main reinforcement in the second round, which she arrived as campaign manager. When he announced it, he made an emotional speech that was applauded by his followers: “I look at my daughter’s face and I know what I should do,” said Siches, who is credited with the reversal of results that Boric achieved in different areas. of Chile, because in these weeks he did a strong territorial work.

Accompanied by her daughter, just a few months old, the doctor led a tour of many areas of the country and, given the cheers on Sunday night, enjoys a very high popularity among Boric supporters. A former member of the Communist Party and current supporter of the Broad Front, in 2017 she became the first woman to head the trade union association of the Medical College, and achieved high popularity in the context of the pandemic, especially for facing the Government in the worst weeks of the health crisis. His critics frequently remind him that he was in favor of the total closure of the city of Santiago, despite the fact that it was a measure that was ultimately not carried out.

When the left was looking for a candidate last March, Izkia Siches was one of the alternatives, especially for Michelle Bachelet’s environment, organized in Chile through a foundation, where they look at her with great attention. As one of the powerful figures that has been installed in the last year in Chile, she sounds like a very probable minister of President Boric, perhaps from the Health portfolio. It would be a great political springboard, as it was for Michelle Bachelet herself, who arrived in 2000 as Health leader in the Ricardo Lagos government as an unknown and her star with the people took her twice to the presidency. Siches’s relationship with the president-elect is long and close. One photo shows them as students from the University of Chile – she in Medicine and he in Law – marching in the student protests of 2011.

Boric’s circle is made up of three other leaders who were politically born in the university marches in the first Piñera government, in 2011. Deputy Jackson, from the Democratic Revolution party of the Broad Front (which will have 10 deputies and a senator from next March) , and the communist leaders Camila Vallejo and Karol Cariola, one of the trunks of the Boric I Approve Dignity pact. None are over 35 years old: the engineer Jackson is 34, the geographer Vallejo is 33 and the nurse Cariola, 34. But all of them already have a long life in politics. They were released in Congress in March 2014. The three of them, like Boric, opted to enter Parliament, and from this space they have pushed various initiatives together, such as the project that establishes a maximum of 40 hours of work per week. The two women, meanwhile, have been important faces of the new Chilean feminist wave that showed its strength in the streets even before the social outbreak of 2019.

They are all leftist leaders who did not experience the dictatorship in the first person, because they were born in the middle or end of the dictatorship in the eighties. In addition to installing a green agenda, for greater social rights and in favor of women, dissidents and children –Boric started his speech with a special mention of boys and girls–, the democratic breakdown of 1973 is very present in his story. the 17-year dictatorship. The president-elect himself habitually quotes Allende or winks at him, and human rights violations are a permanent theme for this entire generation. But although they have had differences – the Communist Party was not in the agreement for the new Constitution signed by Boric, which together with Jackson have been more pragmatic – they have formed a bench in Congress with evident generational friendship.

All four are currently deputies, although the only one who stood for re-election for the 2022-2026 period was Cariola. Neither Jackson nor Vallejo wanted to run a third time, appealing for the replacement. Vallejo also commented on the need to be with his seven-year-old daughter. “He tells me ‘Mom, I understand that there are many people who need you for your work, but I need you too.’ When your daughter starts saying these things to you, you understand that you have to start listening to her, “reflected the communist deputy a few months ago when she explained the reasons for not returning to Congress.

Known for their drag on social networks – Jackson even broadcast his arrival in Congress at dawn to vote for the dismissal of Piñera and Vallejo has TikTok – they all sound like strong candidates for ministries or key advisers of the future government that opens in March of 2022. Cariola, meanwhile, could play an important role from Parliament.

They are part of the new generation of the left, critical of the transition, which managed to go from 25% to 55% between the first and second round with a moderate speech. But a litter that does not end in these five faces. The 36-year-old sociologist Miguel Crispi, from Jackson’s Democratic Revolution party – the son of a socialist minister from Bachelet – is another of those who could be a member of Boric’s Cabinet. Another who will surely be in the narrow circle of the president in the next term will be the socialist deputy Maya Fernández, Allende’s granddaughter (50 years old). She was one of those who announced her support for Boric even before his formation was institutionally decided. She is the daughter of Beatriz Daddy Allende, the president’s most political daughter and very close to him, who died in exile in Cuba in the first years of the dictatorship when Deputy Fernández was still very young.