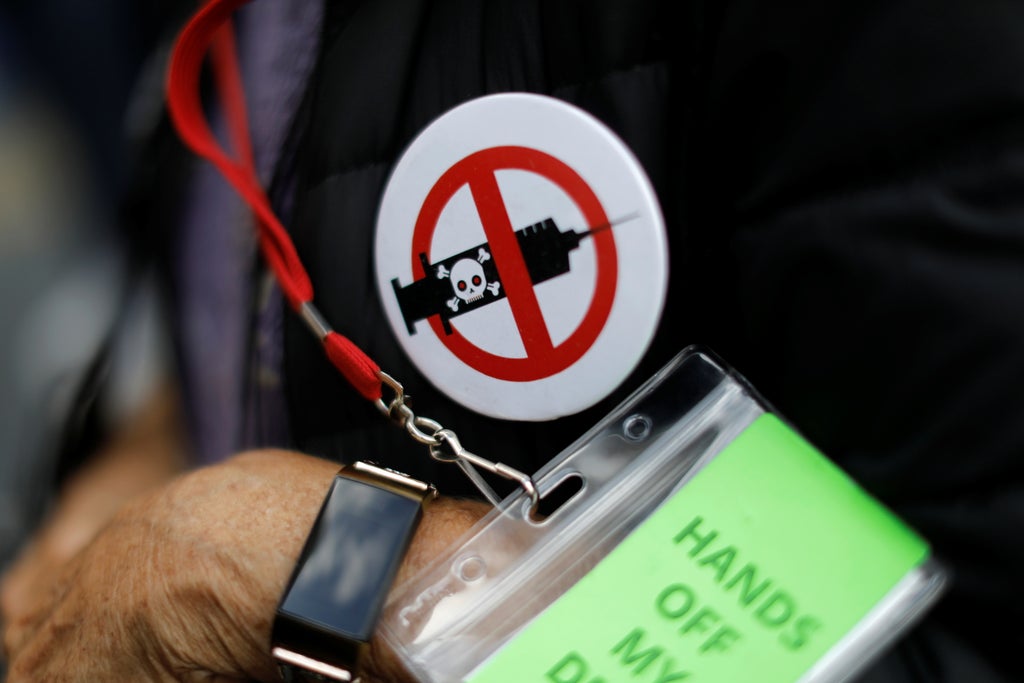 People who refuse or are reluctant to receive a Covid-19 vaccine may have suffered from traumatic events in childhood, new research suggests.

Adverse childhood experiences (ACEs) involving neglect, domestic violence or alcoholism during childhood are common among people who are less likely to trust NHS information, wear masks during the pandemic or follow rules, a team found. of experts.

Other examples of ACEs include parents separating or divorcing, abandonment, or having a parent with a mental health condition.

The study, published in the open access journal BMJ Opensurveyed 2,285 people over the age of 18 in Wales during lockdown restrictions (December 2020 to March 2021).

The more trauma participants had experienced in childhood, the more likely they were to mistrust information about Covid-19 from the NHS, feel unfairly restricted by the government and support an end to mandatory face masks, the results showed.

The nine ACEs included in the study were: physical, verbal, and sexual abuse, parental separation, exposure to domestic violence; and living with a household member with mental illness, alcohol and/or drug abuse, or a family member in prison.

More than four ACEs were also associated with wanting to eliminate social distancing.

About a quarter of all those who participated in the study also admitted to breaking the rules at least occasionally.

The authors concluded: “While responses to the pandemic must consider how best to reach those with ACEs, better long-term compliance with public health advice is another reason to invest in a safe childhood for all children.” .

Previous research has suggested that child maltreatment can undermine confidence in the future, including in health and other public services.

The latest study, funded by Public Health Wales and conducted by public health experts, suggested that if people were suspicious in one area, it was replicated in other areas.

For example, four in 10 people who reported low levels of trust in NHS information on Covid-19 also reported doubts about the vaccine, compared to just six per cent of those who trusted this source of information.