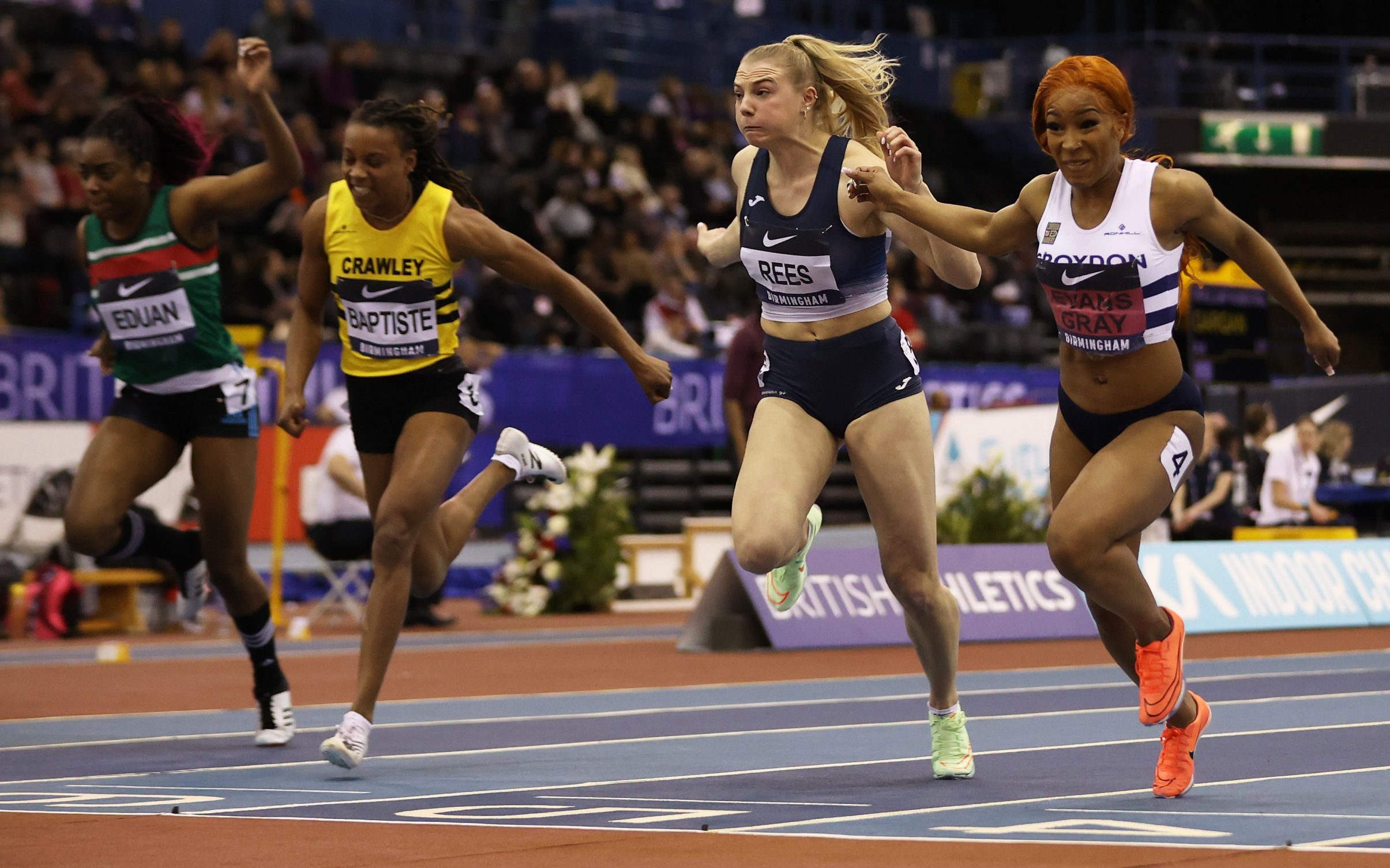 A new era requires new figureheads, and in the absence of almost every sprinter of international renown in Birmingham this weekend, it fell to unheralded talents to put themselves forward at the forefront of a new age for athletics in Britain.

After last year’s turmoil – during which UK Athletics lost its chief executive, performance director, television deal, and fell out with a host of leading coaches – the governing body has been notable in its recent attempts to implement a wholesale reset.

A new leadership team have made significant appointments in an effort to right what many deemed were wrongs of the last administration, and these British Indoor Championships are back on BBC platforms under a freshly negotiated television contract.

Speak to most of those around the sport in this country and an overwhelming sense of gloom has been replaced by a feeling of hope.

Unfortunately, on what is traditionally a sprint-dominated Saturday at a competition that backloads the finals on to the second day of competition, there was just one thing missing in Birmingham: the athletes.

Of the 18 sprinters on full British Athletics funding – the country’s leading Olympians and world medalists – only one opted to compete and push for a place at next month’s World Indoor Championships. In their absence, new talent had little choice but to emerge.

Just three years ago, Cheyanne Evans-Gray would barely have called herself an athlete at all. A naturally fast runner at primary school, the Londoner stepped away from the sport altogether, saying at the time: “Honestly, I just couldn’t be bothered.”

When she turned 20, however, she rejoined her childhood club, Croydon Harriers, saying: “I was just doing it for fun to see how fast I could go.”

The answer, it turns out, was that she could run very fast.

The only woman in the 60 meter field in possession of the world standard heading into these championships, courtesy of a 7.22sec outing this month, Evans-Gray blitzed the field in 7.25 in the semi-finals before replicating the time in the final to win gold.

Unexpectedly, a 20-year-old non-athlete has blossomed into a 23-year-old running times good enough to make the world semi-final in Belgrade next month.

“When I started, I wasn’t really thinking about going anywhere with my running,” she said. “Then, in 2020, I realized I was really quite good and thought I should aim for something higher. That’s when I started taking things seriously.”

Having failed to even make it out of the heats on her only other British Championships outing, she left her job as a customer service manager at Ladbrokes last year and is now reaping the rewards of her full-time focus on athletics. “I have no idea how this has happened,” she said. “This is my first ever big event so to come out and win is a really big thing.”

With a similar shortage of established talent in the men’s 60m race, it was Adam Thomas who stepped up to win in a hugely impressive personal best 6.56. If he can replicate that time in Belgrade, he will likely make the world final – not bad for a 26-year-old, part-time athlete who has competed at British Championships since his teenage years and never represented his country at senior level.

“I’ve definitely been around for a while,” he said. “I’m going to a World Indoor Championships – it’s kind of crazy.”

With a Covid-enforced hectic summer that will mean British athletes competing outdoors at a World Championships, Commonwealth Games and European Championships, Mark Munro, the UK Athletics interim chief executive, put the numerous athlete absences down to a “freak, manic year”.