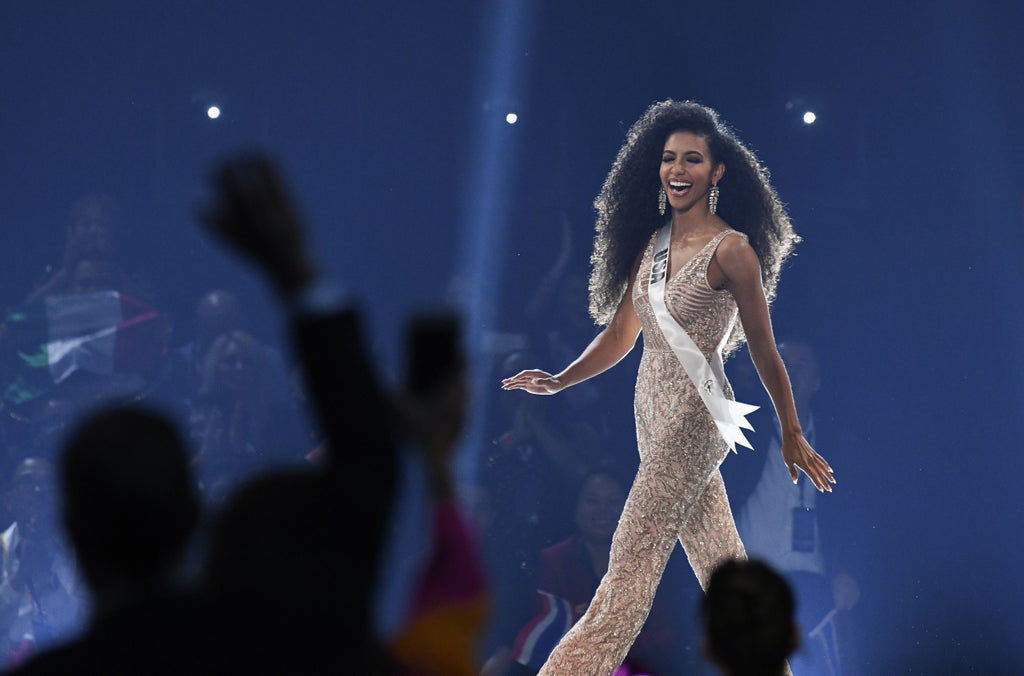 Former Miss USA Cheslie Kryst, who died on Sunday after falling from a New York City high-rise, “never showed any level of weakness in any situation,” her former pageant coach has told The Independent.

Bill Alverson – who helped coach the former college athlete and lawyer to her 2019 Miss USA win – was grieving on Monday when he spoke about Ms Kryst, 30, whose body was found after she allegedly threw herself from the 29th floor of her midtown Manhattan building .

Mr Alverson is an Alabama lawyer and father who also works as a pageant coach, the unusual combination inspiring a reality show and the Netflix series insatiable, starring Alyssa Milano and Dallas Roberts. He said he’d bonded with Ms Kryst over their shared careers in law as he gave her tips about how to conquer the pageant circuit, which is also in mourning following news of the young woman’s death.

Ms Kryst, a 30-year-old attorney and Emmy-nominated Extra reporter, was born in Michigan but raised in the Carolinas; the daughter of a pageant queen, she was crowned Miss North Carolina in 2019 and won Miss USA later that year. Mr Alverson helped her clinch the national title.

“Ace Miss USA, [she was] very much involved in getting clothes for women to wear [to interviews,]’Mr Alverson says, speaking of Ms Kryst’s platform and passion. “As a professional herself, she knew there are women interviewing for jobs; they don’t have the wardrobe…

“Then when Black Lives Matter hit, she was like, ‘I’m a Black woman, I’m Miss USA, I’m going to speak out’ – and she did it in an inoffensive way. But she didn’t hide and fade away. I thought that was incredibly powerful for her.”

He adds: “She was an activist, and that’s one thing that is so admirable – she was the first Miss USA to be politically firm in her beliefs and used her position of power. No Miss USA… my previous winners, nobody had done that during their year.”

Mr Alverson tells The Independent I have advised the former University of South Carolina athlete at Miss USA to channel and “BE Diana Ross” – posting a tribute to the late beauty queen on social media that recalled the exchange. His last text conversation with Ms Kryst was just a few months ago, he says.

“Everything seemingly looked perfect, and she’s so balanced,” he tells The Independent, adding: “But when you’re the person that was never allowed to make a mistake, then you’re really putting yourself on a glass [pedestal] and it can shatter around you.”

“In devastation and great sorrow, we share the passing of our beloved Cheslie,” her family said in a statement.

“Her great light was one that inspired others around the world with her beauty and strength. She cared, she loved, she laughed and she shone.”

“Cheslie embodied love and served others, whether through her work as an attorney fighting for social justice, as Miss USA and as a host on Extra,” they said.

“But most importantly as a daughter, sister, friend, mentor and colleague — we know her impact will live on,” her family added.

Entertainment news site ExtraTV also mourned her loss. “Our hearts are broken. Cheslie was not just a vital part of our show, she was a beloved part of our ‘Extra’ family and touched the entire staff,” they said. “Our deepest condolences to all her family and friends.”

The Miss Universe Organization also grieved the loss of the young lawyer.

“The Miss Universe and Miss USA Organizations are devastated to learn about the loss of Miss USA 2019 Cheslie Kryst,” the group said in a statement.

“She was one of the brightest, warmest, and most kind people we have ever had the privilege of knowing, and she lit up every room she entered. Our entire community mourns her loss, and our thoughts and prayers are with her family during this difficult time.”

The 2018 Miss Universe Catriona Gray also paid her tributes. “Ches… I can’t believe the news. Rest in peace angel. The world will miss your light,” she wrote on Instagram.

Mr Alverson tells The Independent that Ms Kryst had “this infectious nature that transcends”.

He adds: “Those are the people that maybe we need to crack the veneer [of] more… People who are independent, nobody thinks you need help.”

If you are experiencing feelings of distress and isolation, or are struggling to cope, The Samaritans offers support; you can speak to someone for free over the phone, in confidence, on 116 123 (UK and ROI), email [email protected], or visit the Samaritans website to find details of your nearest branch.

If you are based in the USA, and you or someone you know needs mental health assistance right now, call the National Suicide Prevention Helpline on 1-800-273-TALK (8255). The Helpline is a free, confidential crisis hotline that is available to everyone 24 hours a day, seven days a week. If you are in another country, you can go to befrienders.org to find a helpline near you.