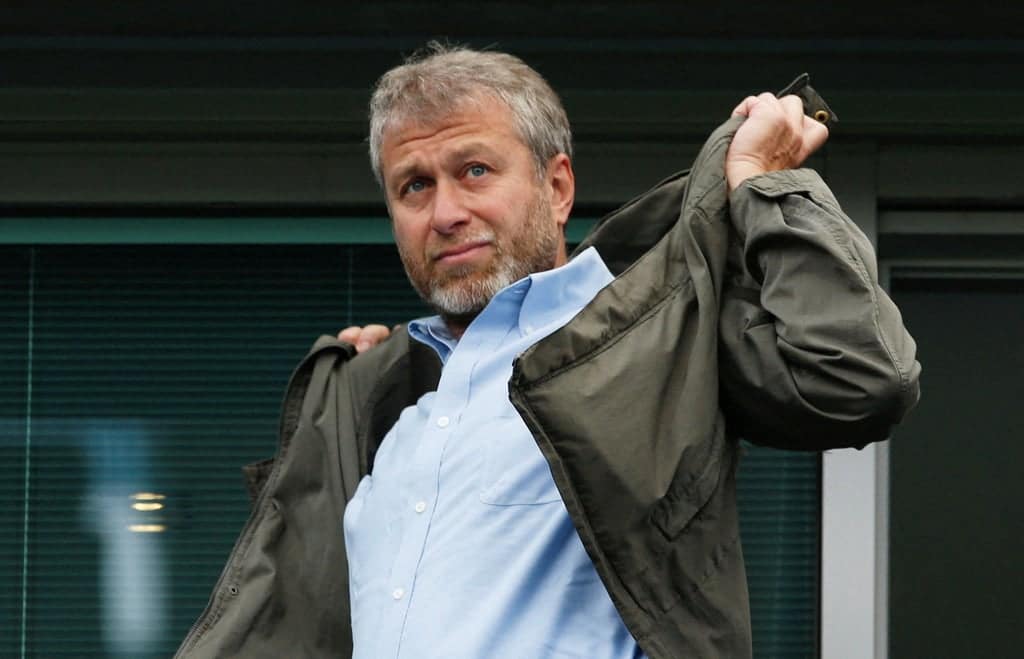 The deadline for prospective buyers to submit bids to purchase Chelsea FC from Roman Abramovich has passed and now the contenders will be whittled down to a shortlist of three.

British property tycoon Nick Candy revealed he “significantly” increased the amount offered for the club to the New York-based bank the Raine Group, overseeing the process, in the hopes of making their shortlist.

American-backed bids from LA Dodgers part-owner Todd Boehly and Chicago Cubs owners the Ricketts family are among the frontrunners to take over, while Sir Martin Broughton and Lord Sebastian Coe have another potent offering lodged and Saudi Media Group is another of the bids understood to carry clout. London-based global investment firm Centricus confirmed its bid to buy Chelsea on Monday, with a consortium comprising four Blues supporters.

Chelsea are currently banned from selling match tickets to fans but the FA are ‘working with government’ to allow Blues fans to purchase tickets to their upcoming FA Cup semi-final.

Chelsea takeover: Shortlist of three bids set to be decided ahead of sale

Raine Group, the US bank overseeing the sale of Premier League club Chelsea, plans to narrow down the shortlist of bidders to three.

Raine set a deadline of 2100 GMT last Friday for bids to be made, with several being made public, while sources close to the deal said many more had been submitted privately.

See also  War in Ukraine | Kharkiv, the city whose silence is only broken by nearby artillery fire

Some are only just being made public now, with London-based global investment firm Centricus confirming on Monday that they had offered to buy Chelsea, a bid driven by co-founder Nizar Al-Bassam and CEO Garth Ritchie, who are both said to be Blues season ticket holders.

Bids raised to take ownership of Chelsea from Roman Abramovich

The public lobbying to be chosen as a preferred bidder for Chelsea stepped up on Monday as increased offers were being mulled by bankers tasked with selling the English Premier League club for sanctioned owner Roman Abramovich.

British property tycoon Nick Candy revealed he “significantly” increased the amount offered, having already submitted a bid of more than 2 billion pounds ($2.6 billion) for the club on Friday to the New York-based bank the Raine Group, overseeing the process.

Abramovich is being forced to sell the reigning world and European champions after he was sanctioned in Britain and his assets were frozen as part of a crackdown on oligarchs following Russia’s invasion of Ukraine. The Russian was also disqualified from running the west London club and being a director by the Premier League.

Another consortium that bid features Todd Boehly, part owner of the Los Angeles Dodgers, Swiss billionaire Hansjorg Wyss, and Jonathan Goldstein, a London-based property investor who is CEO of Cain International. Michael Broughton, the former chairman of Liverpool and British Airways, is leading a consortium that includes track great Sebastian Coe, who is president of World Athletics, an IOC member and a Chelsea fan.

The Ricketts family, who own the Chicago Cubs, have linked with hedge fund manager Ken Griffin in a consortium. The family fortune was made by Joe Ricketts as chairman of electronic trading platform TD Ameritrade. His son, Tom Ricketts, serves as Cubs chairman.